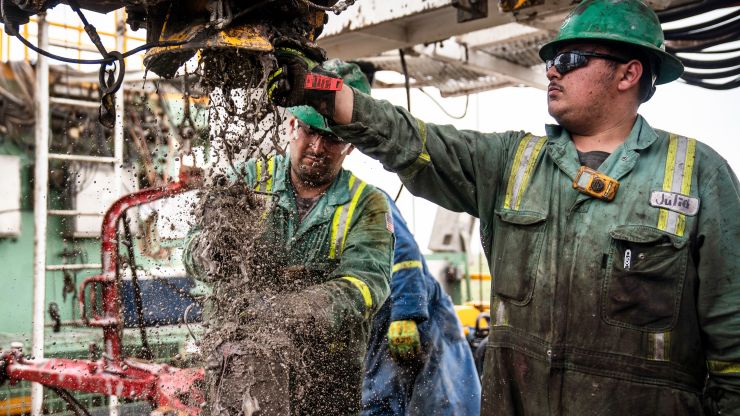 US and OPEC supply has ‘extinguished’ any remaining upside potential for oil prices, analyst says

An increase in production from the U.S. and OPEC has offset any remaining upside potential for oil prices, according to one analyst, with crude futures on track to register a weekly loss.

U.S. oil production surged by almost 600,000 barrels per day (bpd) in August, government data published Thursday showed, hitting a record of 12.4 million. The increase was largely due to a 30% surge in Gulf of Mexico output.

Meanwhile, a Reuters survey on OPEC production showed production rose by 690,000 bpd in October. That brought the Middle East-dominated group’s total supply back up to 29.59 million bpd.

“What is more, in a further blow to those of a bullish disposition, there was more bad news on the macro front. A flurry of global factory updates showed the sector remained in the doldrums,” he added.

In addition to a weaker-than-expected reading of Chinese factory activity on Thursday, Brennock said doubts about whether the U.S. and China would reach a conclusive trade agreement later this month had added “insult to injury.”

Brent crude prices have fallen almost 20% since an April peak, while WTI prices are down more than 15% over the same period.

“The worrying data from China, which revealed that factory activity fell for the sixth straight month whilst its services sector also continues to suffer, has meant that another stimulus from Beijing is likely to be attempted to shore up growth,” Mihir Kapadia, chief executive of Sun Global Investments, said in a research note published Thursday.

“We could expect prices to remain at a similar level by the end of the week as investors wait on any further developments.”

How do you grow your social media following?

Get Expert Help With Press Release Services Through TOP.

4 Reasons All Freelancers Should Be Working With TOP.