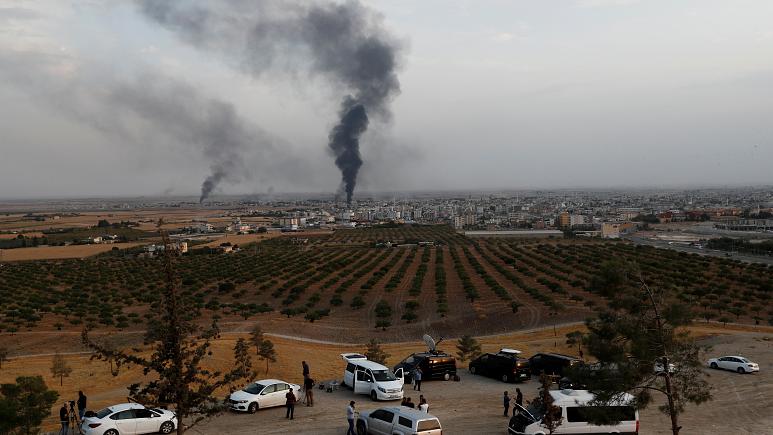 Western countries have widely condemned Ankara for its military operation in northeast Syria, but Luxembourg’s top diplomat said they could be dragged into the conflict should Turkey, a NATO member state, trigger the body’s defensive clause.

In an interview with German radio Bayerischer Rundfunk on Monday, Luxembourg Foreign Minister Jean Asselborn said that if Turkish troops were attacked by Syrian President Bashar al-Assad’s forces, Ankara could then invoke NATO Article 5 for assistance.

“They would have to step in to help Turkey,” Asselborn added.

But experts told Euronews that Turkey would be ill-advised to do so. Here’s everything you need to know.

When the North Atlantic Treaty was ratified in 1949, its primary aim was to create a pact of mutual assistance to counter any advance of Soviet Union troops in Europe.

The cornerstone of the treaty is Article 5 which provides that if a NATO ally is the victim of an armed attack, each and every other member of the alliance will consider it an attack on the entire body and take action if necessary to assist the attacked country.

The assistance they provide does not have to be military and must endeavour to “restore and maintain the security of the North Atlantic area”.

The one and only time it has been triggered was following the 9/11 terrorist attack on US soil and led to the first NATO operations outside the Euro-Atlantic area.

Can Turkey trigger it?

“Turkey’s incursion is so unpopular among several key NATO countries and I don’t see a situation in which Ankara can invoke Article 5,” Asli Aytintasbas, a senior policy fellow at the European Council on Foreign Relation thinktank, told Euronews by email.

Luigi Scazzieri, a research fellow at the Centre for European Reform, concurred: “Turkey could trigger Article 5 but it would hardly be credible unless Turkish territory was attacked by Russia or Syria,” he told Euronews by e-mail.

“Other member states would probably be unwilling to provide assistance, unless Turkey came under sustained attack, given that Ankara started this bout of fighting,” he added.

Additionally, Aytintasbas flagged that doing so would put Turkey in direct opposition to Russia, which has sided with the Syrian regime of Bashar al-Assad and provided military assistance.

Despite being on the opposite sides of the conflict, Ankara and Moscow have therefore coordinated their approaches to the conflict. Turkey has also drawn the ire of its fellow NATO countries in recent months by acquiring Russian-made military equipment.

“Russia controls much of the [Syrian] airspace and would not want to see Turkey invoke Article 5. That would create a whole set of problems in the Erdogan-Putin [respectively Turkish and Russian leader] relationship,” she added.

Turkey launched its military operations in northeast Syria on October 9 with the declared aim of creating a “safe zone” along its border where it could relocate the more than 3.6 million refugees the country has welcomed.

Its offensive — launched just days after US President Donald Trump announced the withdrawal of US troops from the area — targets the Kurdish-led Syrian Democratic Forces which were the West’s main ally on the ground in the fight against the so-called Islamic State (IS).

More than 200 civilians have been killed in the clashes according to Kurdish authorities, while the UN estimates that 160,000 people have been displaced, warning that “the fighting compounds an already dire humanitarian situation in northeast Syria”.

Hundreds of suspected IS fighters and their family members have also fled the detention camps they were in, according to Kurdish authorities.

What Western state have said in response?

Western countries including EU member states, the US and Australia have condemned the offensive which they fear will escalate tensions in the region and demanded Ankara halt its incursion in Syria.

The US has imposed sanctions on Turkey, targeting the economy — it cancelled negotiations for a trade deal — as well as ministries and individuals.

At a summit earlier this week, EU Foreign Ministers pledged to suspend weapons exports to Turkey. Leaders were expected to discuss the situation in Syria during the October 17-18 summit in Brussels.

NATO Secretary-General Jens Stoltenberg said earlier his week that although Turkey had “legitimate security concerns”, it is expected “to act with restraint and in coordination with Allies so we can preserve the gains we have made against our common enemy — Daesh [another name for IS]”.