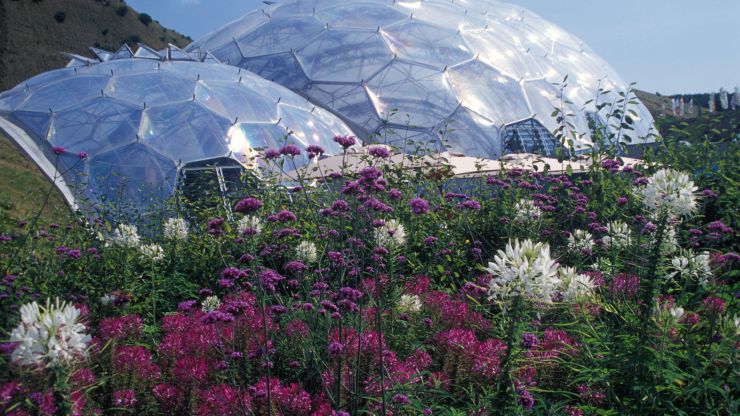 A geothermal heat and power project in the southwest of England has secured £16.8 million ($21.23 million) in funding.

In an announcement Monday, educational charity the Eden Project and EGS Energy Limited said the money would enable the first phase of the scheme, which includes the drilling of a 4.5 kilometer-deep well and a research program, to start.

The well will be used to provide heat to parts of the Eden Project site, which is built in an old china clay pit in Cornwall and home to attractions including an indoor rainforest. Drilling will start next year.

The Eden Project said it hoped the first well would “pave the way” for the project’s second phase: the drilling of another well and creation of an electricity plant.

Described by the U.S. Department of Energy as a “vital, clean energy resource,” geothermal energy refers to heat from under the Earth’s surface which can be used to produce renewable energy.

The cash for the Cornwall project comes from a range of sources. European Union funding, via the European Regional Development Fund (ERDF), amounts to £9.9 million, while Cornwall Council has contributed £1.4 million. The final £5.5 million comes from institutional investors. The U.K.’s Ministry for Housing, Communities and Local Government administers the ERDF funding.

Cornwall is already home to a geothermal energy scheme in the shape of the United Downs Deep Geothermal Power project, which has seen two wells drilled near the town of Redruth. If testing there is successful, a power plant will be constructed to “demonstrate the technical and commercial viability” of providing heat and electricity.

“Perhaps the most obvious way that the Earth’s materials can contribute to low-carbon energy is through provision of geothermal energy,” M H Stephenson, the British Geological Survey’s executive chief scientist, said in a statement sent to CNBC via email.

“The U.K. has often been considered to have a rather modest geothermal resource, being far away from volcanoes or the Earth’s plate boundaries,” Stephenson added.

“However, research by the British Geological Survey has revealed that by developing more efficient methods of extracting heat, even a relatively tepid underground like that of the U.K. could yield significant heat.”

3 Reasons To Sign Up With Top Digital Marketing Platform.