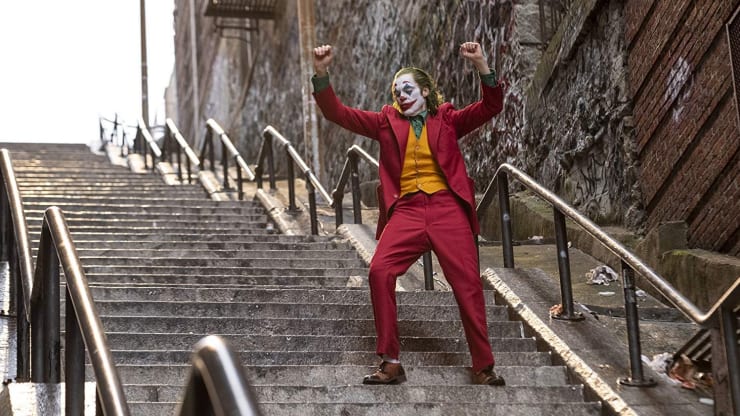 The contentious inclusion of a song by convicted pedophile Gary Glitter in “Joker” has sparked a wave of criticism from moviegoers, with many concerned the disgraced former glam rock singer will be entitled to lucrative music royalties.

The R-rated comic book movie smashed box office records over the weekend, with Warner Bros. hauling in $93.5 million in the U.S. alone. That marked the highest debut for a film released in October in cinematic history.

But, despite the film’s opening weekend success, the makers of the movie have stoked controversy for featuring Glitter’s 1972 hit “Rock and Roll Part 2” in a lengthy scene.

The song plays for approximately two minutes as Joaquin Phoenix, who has received rave reviews for his portrayal of the eponymous villain, dances down a long flight of steps outside his Gotham City apartment.

Glitter, whose real name is Paul Gadd, is reportedly expected to receive a lump sum for allowing the recording to be used in “Joker.” He is also thought to be in line for music royalties depending on the success of movie theater ticket sales, DVD sales and film soundtrack sales.

The 75-year-old was jailed for a total of 16 years in 2015 for attempted rape, four counts of indecent assault and one count of having sex with a girl under 13. All six offenses were committed in the 1970s and 1980s. He was first jailed in 1999 when he admitted to possessing images of child abuse.

Warner Bros. was not immediately available to comment when contacted by CNBC Monday morning.

However, while some have praised Todd Phillips’ story and direction, and Joaquin Phoenix’s portrayal, many have questioned whether the film, which depicts mass murder, could unintentionally be portraying “Joker” as a heroic or inspirational figure.

TOP Is Where To Turn For Public Relations Help.

3 Reasons To Go With TOP For Social Media Marketing Help.

Ways For Social Media Influencers To Make Some Money.