Latest Articles
Home BUSINESS WTO rules in favor of US in Airbus dispute, paving way for tariffs on $7.5 billion of EU goods 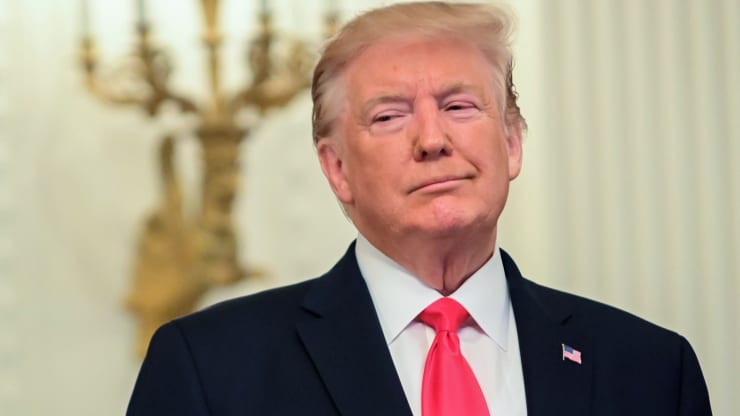 WTO rules in favor of US in Airbus dispute, paving way for tariffs on $7.5 billion of EU goods

The World Trade Organization (WTO) has backed a U.S. request to impose tariffs on $7.5 billion of European goods, potentially sparking a new trade war across the Atlantic.

Arbitrators from the WTO have granted President Donald Trump’s administration the right to levy billions against imports of European goods for what they say are illegal subsidies granted to the planemaker Airbus by the European governments of Germany, France, Spain and the United Kingdom.

The U.S. first lodged complaints in 2004, related to the development of the Airbus A350 and A380 airplanes, the WTO said in a summary of its findings.

The trade body rejected some claims made by the United States but did find that Airbus had “paid a lower interest rate for the A350XWB LA/MSF than would have been available to it on the market.”

It also found that the European Union had failed “to take appropriate steps to remove the adverse effects or … withdraw the subsidy,” which had led to a “genuine and substantial” cause of serious prejudice to the United States’ interests.

The WTO ruling added that the United States had suffered significant lost sales in the twin-aisle and very large aircraft markets.

Washington previously said it wanted to impose tariffs of up to 100% on European exports to the U.S. with an annual trade value of around $11.2 billion a year.

In April this year, U.S. officials published a wide list of European products it said it would select from in an attempt to recoup the amount lost.

In an instant reaction to the award, the European Commissioner for Trade, Cecilia Malmstrom, said in a statement that any fresh tariffs levied by the United States would be “short-sighted and counterproductive.”

Malmstrom said both the EU and the U.S. have been guilty of subsidizing Airbus and Boeing respectively, and that a “mutual imposition of countermeasures,” would only cause harm to businesses and people on both sides of the Atlantic.

The EU has said it wants a new regime on aircraft subsidies and to agree on a way forward with Washington. However, Malmstrom also said in her statement that counter-tariffs were also still on the table.

“If the U.S. decides to impose WTO authorized countermeasures, it will be pushing the EU into a situation where we will have no other option than do the same,” she said in the statement.

2 Reasons that TOP is Supreme for Content Creation Services.

3 Ways to Get Great Online Reviews.

What are the factors that affect  foreign direct investment(FDI)?

Want To Start Selling Your Photos Online? Here Are the Steps to Follow.