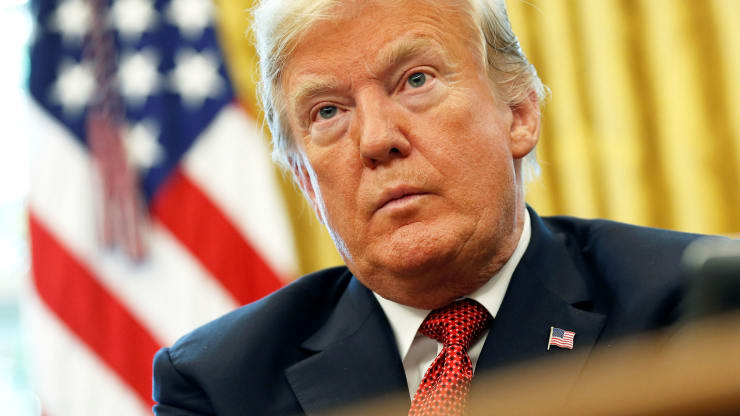 Whistleblower complaint is out: It alleges Trump abused power to influence 2020 election

The House Intelligence Committee on Thursday released a redacted version of the whistleblower complaint that has embroiled President Donald Trump in an impeachment inquiry and clouded his political future.

The nine-page document details an “urgent concern” that the president is “using the power of his office to solicit interference from a foreign country in the 2020 U.S. election.” It not only details Trump’s July 25 call with Ukraine’s president during which he asked his counterpart to investigate the Biden family, but also alleges administration efforts to “lock down” records of the conversation.

The complaint, based on the accounts of more than half a dozen U.S. officials, implicates more than Trump. It calls his personal lawyer Rudy Giuliani a “central figure” in the effort and says Attorney General William Barr “appears to be involved as well.”

Concerns that the document would show Trump trying to get a foreign state to investigate one of his chief political rivals — and accusations that the White House improperly stonewalled efforts to see it — led House Democrats to accuse the president of abusing his power. House Speaker Nancy Pelosi announced Tuesday that the chamber would start impeachment proceedings into Trump, alleging a “betrayal of his oath of office, betrayal of our national security and betrayal of integrity of our elections.”

Shortly after the document’s release, Acting Director of National Intelligence Joseph Maguire testified about the complaint at the House Intelligence Committee. Members of congressional intelligence panels had a chance to review the document Wednesday.

In a statement Thursday, White House press secretary Stephanie Grisham said, “Nothing has changed with the release of this complaint, which is nothing more than a collection of third-hand accounts of events and cobbled-together press clippings—all of which shows nothing improper.” She said the president released a memorandum summarizing the call Wednesday “because he has nothing to hide.”

“The White House will continue to push back on the hysteria and false narratives being peddled by Democrats and many in the main stream media, and President Trump will continue to work hard on behalf of the American people as he always does,” she said.

A spokeswoman for Giuliani did not immediately respond to CNBC’s request to comment. The president’s attorney told CNN he has “no knowledge of any of that crap” in the complaint.

Department of Justice officials in the agency’s criminal division concluded that the July call did not constitute a campaign finance violation, NBC News reported Wednesday. That division determined last week that Trump’s request to Ukrainian President Volodymyr Zelensky did not amount to a “thing of value” as the law requires, an official told NBC.

The whistleblower complaint has three main sections: “The 25 July Presidential phone call,” “efforts to restrict access to records related to the call” and “ongoing concerns.”

The administration’s summary of the call between Trump and Zelensky showed the U.S. president asked his counterpart if he can “look into” former Vice President Joe Biden and his son Hunter, who was on the board of a Ukrainian energy company. He also suggested the Ukrainian government should cooperate with Giuliani and Barr.

Trump also asked Zelensky for a vague “favor” related to cybersecurity firm Crowdstrike and an unspecific “server.” The Democratic National Committee used Crowdstrike to investigate 2016 cyberattacks. It ultimately concluded Russia was responsible for the hacks.

In the complaint, the whistleblower writes that Trump “sought to pressure the Ukrainian leader to take actions to help the President’s 2020 reelection bid.” After summarizing the phone call, the person continued:

The White House officials who told me this information were deeply disturbed by what had transpired in the phone call. They told me that there was already a “discussion ongoing” with White House lawyers about how to treat the call because of the likelihood, in the officials’ retelling, that they had witnessed the President abuse his office for personal gain.

‘Lock down’ all records

The whistleblower goes on to write that “I learned from multiple U.S. officials that senior White House officials had intervened to ‘lock down’ all records of the phone call, especially the official word-for-word transcript of the call that was produced- as is customary-by the White House Situation Room.” The person writes that officials said White House lawyers “directed” them to pull the electronic transcript of the call from the computer system where it is typically stored and put into into a “separate electronic system that is otherwise used to store and handle classified information of an especially sensitive nature.”

“One White House official described this act as an abuse of this electronic system because the call did not contain anything remotely sensitive from a national security perspective,” the author of the complaint writes.

The whistleblower also writes that White House officials said it was “not the first time” the administration protected a presidential transcript in that manner even though it did not contain information sensitive to national security.

The complaint adds that the whistleblower did not know whether the White House took other measures to restrict access to other records of the call such as handwritten notes.

The document outlines other concerns, including a meeting between U.S. officials and Zelensky and his advisors that took place a day after Trump’s call with the Ukrainian leader, a comedian who was elected in April. Trump’s special envoy to Ukraine, Kurt Volker, and U.S. Ambassador to the EU Gordon Sondland gave the Ukrainian government advice on how to “navigate” Trump’s demands, the whistleblower writes, citing multiple readouts recounted by various U.S. officials.

The complaint also says Giuliani met with one of Zelensky’s advisors in Madrid on Aug. 2 in what is described as a “direct follow-up” to Trump’s call with the Ukrainian president.

Trump’s actions related to Ukraine have put his presidency in its most serious jeopardy yet, after he survived the probe by special counsel Robert Mueller into Russian efforts to influence the 2016 election and his alleged efforts to obstruct the investigation. As concerns mount about the call, Trump has repeatedly called it “perfect” and said he did not pressure Zelensky.

Trump allies have seized on the fact that the call summary did not appear to show a direct quid pro quo related to U.S. aid to Ukraine. Multiple outlets reported that Trump told his acting chief of staff Mick Mulvaney to withhold nearly $400 million in military aid to Ukraine before his July 25 call with Zelensky.

Speaking at the hearing with Maguire, House Intelligence Committee Chairman Rep. Adam Schiff, D-Calif., characterized Trump’s call with Zelensky as a “classic organized-crime shakedown.” The top Republican on the panel, Rep. Devin Nunes of California, called the concerns about the president’s conduct Democratic “information warfare against the president.”

Not all Republicans who viewed the complaint felt the same as Nunes, a Trump ally who had to recuse himself from the Russia probe. Rep. Will Hurd of Texas, for example, said “there is a lot in the whistleblower complaint that is concerning.”

“We need to fully investigate all of the allegations addressed in the letter, and the first step is to talk to the whistleblower,” Hurd, who is retiring at the end of his term, tweeted on Thursday.

Sen. Ben Sasse, a Nebraska Republican and member of the Senate Intelligence Committee, said Wednesday that he saw “really troubling things” in the complaint.

“Republicans ought not just circle the wagons and Democrats ought not have been using words like impeachment before they knew anything about the actual substance,” he said.

Best Way To Sell Photos From Home For Cash.

Trust TOP To Help Repair Your Online Reputation At Any Time.

One Quick Way To Take Care Of Online Reviews.

2 Benefits You Get When Partnering With TOP For Online Reputation Building.