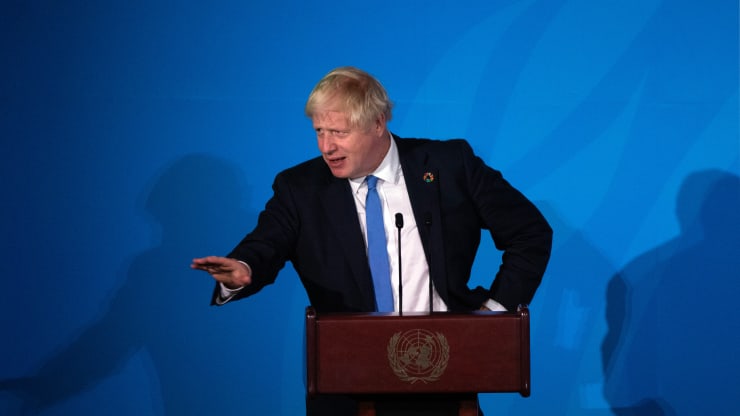 The U.K. Prime Minister Boris Johnson has suffered a potentially fatal blow to his authority after the U.K. Supreme Court ruled that his move to shut down parliament was illegal, immediately triggering calls for him to step down.

Speaking at the Supreme Court in Westminster on Tuesday, the President of the U.K.’s highest court, Brenda Hale, said that the judges had found unanimously that the suspension was a matter for judges to decide upon and courts had the right to decide on the extent and limits of shutting down Parliament.

Hale then read out a ruling that found Prime Minister Boris Johnson had illegally suspended Parliament and that the Parliament had not, in effect been prorogued. Hale’s statement went further, adding that the decision’s effect on democracy was “extreme.”

In an otherwise damning verdict, some relief was found for Johnson after Hale said the 11 judges had decided not to rule on Johnson’s motive to prorogue.

Immediately following the decision, and speaking on the steps of the Supreme Court, the Scottish National Party MP Joanna Cherry said Johnson must now step down.

“His position is untenable and, for once, he should have the guts to do the decent thing and resign,” she said.

Labour leader Jeremy Corbyn told an audience at his party conference in Brighton that Johnson should now consider his position and that U.K. MP’s should open the doors of Parliament immediately.

“The PM has acted wrongly in shutting down Parliament. It demonstrates a contempt for democracy and an abuse of power by him… I will be in touch immediately to demand that parliament is recalled.”

“I invite Boris Johnson, in the historic words, to consider his position and become the shortest-serving prime minister there has ever been.”

The deputy leader of the main opposition Labour party Tom Watson echoed that sentiment on Twitter.

On Tuesday, in New York, Johnson told reporters he disagreed with the Supreme Court verdict but he would respect it. Striking a slightly defiant tone, Johnson said he would continue working toward Britain’s exit from the European Union.

In a BBC interview, Johnson also hinted that he would prorogue the Parliament again in a bid to hold a queen’s speech to set out a new legislative program.

What did Johnson do?

After receiving permission from the Queen, Johnson discontinued a session of Parliament via an act of prorogation, on Tuesday 10 September. It meant the U.K. Parliament was effectively shut down for five weeks.

The government argued it was to prepare a fresh legislative program while critics claimed it was an undemocratic move designed to avoid scrutiny in the run-up to Britain’s exit from the European Union.

Last week the Supreme Court spent three days listening to arguments about that parliamentary suspension after two lower courts, in Scotland and England, had reached opposing conclusions on the subject.

An appeals courts in Scotland had said Johnson’s actions were unlawful, while the High Court in England said it was a political decision that a court was not qualified to examine.

Tuesday’s decision will also have significant constitutional implications, with the 11 Supreme Court justices dragged into the combative arena of Brexit politics with their judgment, however publicly unwilling they have been to do so.

The ruling, that states Johnson’s administration acted unlawfully, might not represent a death knell for his minority government but is likely to further undermine its authority.

One of the lawyers arguing against the government has previously said that if the court ruled in favor of his client and found that Johnson’s actions to suspend the legislature had indeed been unlawful, then parliamentary leaders would be within their rights to recall lawmakers immediately.

The reassembling of a fractious parliament now might mean a renewed focus on efforts to further limit Johnson’s Brexit choices, especially if lawmakers feel further empowered to defy the government.

Johnson has insisted that his government “fully respects the law and fully respects the judiciary.” Several of his ministers have previously hinted the government might seek a loophole to parliamentary legislation enacted earlier this month, intended to rule out the possibility of an October 31st EU departure without a negotiated settlement.

On the prorogation, the Labour party’s point person on Brexit, Keir Starmer, said this week that Johnson will face consequences if he is found to have acted unlawfully. And he warned that as soon as parliament returns, he and his fellow opposition lawmakers “will be ready.”

With TOP You Can Find Expert Service For Press Release Distribution.

You Need TOP Online Reputation Building Today For These 3 Reasons.

How To Get Fast Google Reviews Online.