Latest Articles
Home BUSINESS Trump says the Fed is the ‘only problem’ with the economy, calls Powell ‘a golfer who can’t putt’ 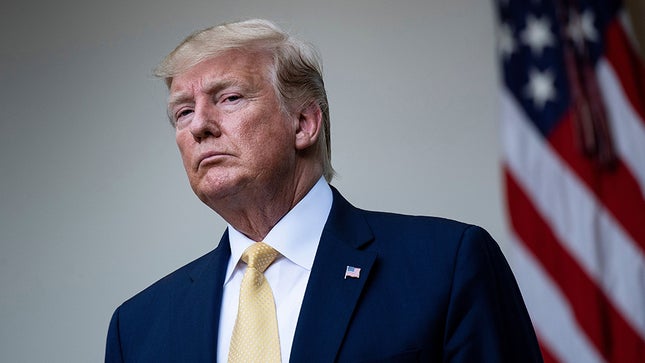 Trump says the Fed is the ‘only problem’ with the economy, calls Powell ‘a golfer who can’t putt’

President Donald Trump insisted Wednesday that the economy is healthy and said the only thing holding U.S. growth back is the Federal Reserve.

In his latest slap at the central bank, the president called Fed Chairman Jerome Powell to a “golfer who can’t putt.” In tweets, he also claimed the country is “doing great with China and other Trade Deals” with “the only problem” being “Jay Powell,” whom Trump appointed to the top position in February 2018.

“Yesterday, ‘highest Dollar in U.S.History.’ No inflation. Wake up Federal Reserve,” he tweeted.

It was unclear what the “highest dollar in U.S. history” was referencing. The greenback is up 2.1% year to date against a basket of is global competitors but has been higher as recently as late July. The dollar also has strengthened against the euro but is well off its historic highs.

The president has railed continuously against the Fed, which cut its benchmark interest rate by 25 basis points at its last meeting.

However, that hasn’t been enough for Trump, who earlier this week called for a full percentage point reduction and even brought up the idea of more quantitative easing, or asset purchases the Fed made to pull the economy out of the Great Recession.

This was not the first time the president used the golf analogy — he applied it to the entire Fed after a December 2018 rate hike and a steep stock market loss that followed on Christmas Eve.

Investors will get a look Wednesday at the thinking behind the rate cut when the policymaking Federal Open Market Committee releases the minutes from its July 30-31 meeting at 2 p.m. ET.

“As a freelancer your biggest advantage is that you only need a handful of clients to succeed. Most companies need to find thousands of customers. You only need to find one at a time.” – Robert Williams – Start freelancing by subscribing to THE ONLINE PUBLISHERS TOP online marketers to get worldwide exposure in the digital marketing and publishing industry.