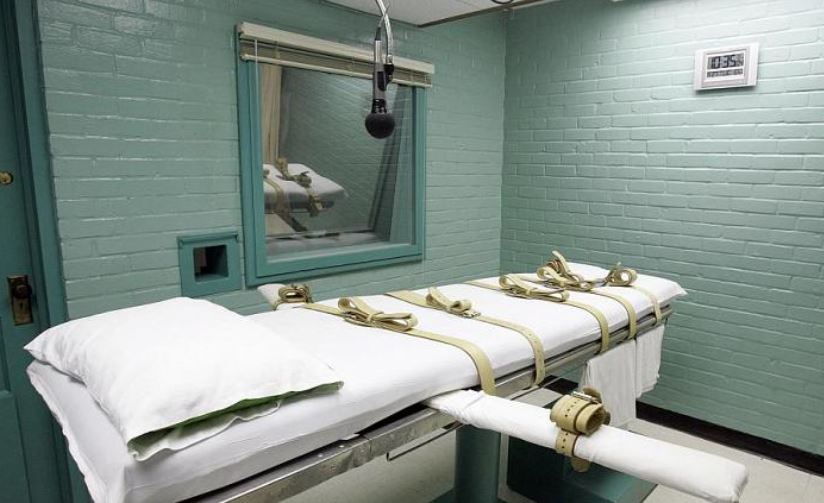 The United States is set to resume using the death penalty after an almost two-decade moratorium on the practice.

The US Attorney General William Barr directed the federal bureau of prisons on Thursday to schedule the executions of five people convicted of murder and in some instances of torturing and raping children and the elderly.

It will also adopt a new execution protocol and carry out capital punishment with the injection of a single lethal drug called pentobarbital.

It is unclear where the US will get its supply of the drug because there is a shortage of the drug in the country. Euronews contacted the Department of Justice for comment but did not receive a response at the time of publication.

The US shortage has been in part attributed to European pharmaceutical company Lundbeck’s 2011 decision to stop distributing the drug “to prisons in U.S. states currently carrying out the death penalty by lethal injection”.

But, further to that, the European Union banned the export of drugs which could be used for “capital punishment, torture, or other cruel, inhuman or degrading treatment or punishment” in December 2011.

In 2005, the EU banned trade in certain products that can only be used for capital punishment or torture.

“It was an ambitious regulation, but it was limited to prohibiting the manufacture of these products in the EU and their exportation,” socialist MEP Inmaculada Rodríguez-Piñero told Euronews.

Among the drugs that the EU banned in 2011 was sodium thiopental, another drug commonly used in US lethal injections as part of a three-drug method of execution.

Hospira was the last American company to produce that drug but decided to stop producing it in 2011 amidst pressure from Italian authorities as the company’s production plant was based there.

In 2015, The Associated Press reported that Arizona had illegally tried to import sodium thiopental but the consignment was stopped by federal officers at the state’s main airport. A federal court had stopped executions in the same state after one man’s execution lasted two hours.

States originally turned to pentobarbital after a shortage of sodium thiopental. Pentobarbital was used in euthanise animals and for physician-assisted suicides.

Several US media outlets have reported that some states turned to “compounding pharmacies” to make a version of pentobarbital after the EU export controls changed.

The EU strengthened the export ban in 2016 on any equipment that could “contribute to torture or execution”.

Capital Punishment in the US

The Department of Justice defended the change in drug protocol, stating, “since 2010, 14 states have used pentobarbital in over 200 executions”.

Pentobarbital is set to replace the “three-drug procedure” that had been used previously to sedate a person, stop the body’s muscles, and then stop the heart.

The DOJ also said using the drug “does not violate” the eighth amendment to the United States Constitution which prohibits the federal government from imposing “unusual or cruel punishments.”

The US government hasn’t used capital punishment since 2003, but there are at least 60 prisoners on death row who are convicted of federal crimes. Capital punishment is currently legal in 29 U.S. states, according to the Death Penalty Information Centre (DPIC).

Barr said the proposed changes to the federal guidelines on execution would “[bring] justice to victims of the most horrible crimes” in a statement.

Best Way To Sell Photos From Home For Cash.

Trust TOP To Help Repair Your Online Reputation At Any Time.

One Quick Way To Take Care Of Online Reviews.

2 Benefits You Get When Partnering With TOP For Online Reputation Building.

3 Reasons To Start Getting Online Reviews With TOP Today.

3 Steps To Making More Money Online With Translating Through TOP.