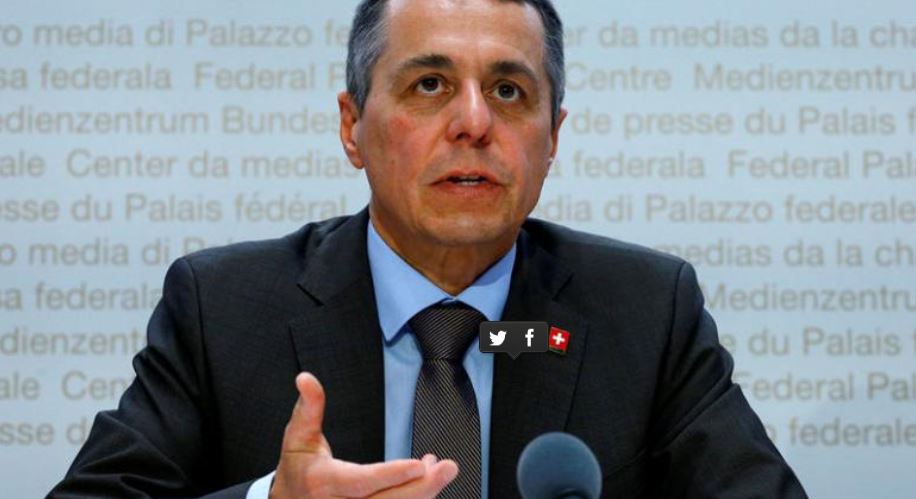 Swiss minister under fire for tobacco sponsorship of Expo pavilion

The World Health Organization (WHO) is scrutinising the pact, while the Swiss School of Public Health, a group of eight universities offering health education, told Cassis in a letter made public on Wednesday that taking tobacco money contradicts ethical principles of the health sciences.

“This industry has deceived the public for decades, spread lies about the effects of smoking and passive smoking, and with massive investments misled the population into believing that science was not unified on these questions,” the foundation said in a three-page letter urging Cassis not to accept the money.

The Swiss Foreign Ministry was trying to save public money on its Expo 2020 presence when it set a goal of covering 50% of costs via private sponsoring, a spokeswoman said.

The ministry said Cassis, a medical doctor and former president of the national health association Public Health Schweiz, was studying the pact with Philip Morris and looking for ways to resolve what has become a public relations fiasco.

“The review of options is underway but it’s not clear how long it will take,” the spokeswoman said.

Philip Morris is the world’s biggest cigarette maker with its Marlboro brand as well as newer heated tobacco products as it seeks to expand beyond traditional tobacco products.

Its International Operations Center is in Switzerland, as is its largest research and development centre, called the Cube, where it employs some 300 scientists.

A spokesman said the company saw an opportunity to highlight science and innovation in Switzerland with the sponsoring pact. “Specific plans for Dubai Expo 2020 are still in development,” he said.

Among other things, the MOU includes prohibitions on advertising, sales, promotion and sponsoring through tobacco products. The WHO is communicating with BIE, as well as Swiss officials in Bern, over the conflict, a WHO spokesman said.

“Obviously, any sponsorship or sales of tobacco products would not be in agreement with the memorandum,” WHO spokesman Christian Lindmeier said. “The WHO has always been very strong on its messaging about tobacco products. About 8 million people a year die from smoking-related disease.”

About 27% of the Swiss population either smokes or is regularly exposed to passive smoking, according to a 2017 survey by the Federal Office For Statistics.

The Online Publishers “TOP” is continuously on the lookout for qualified multilingual translators to offer their services via the “TOP” platform.

You Need TOP Online Reputation Building Today For These 3 Reasons.

How To Get Fast Google Reviews Online.

Tips to help you choose the best digital marketing agency to boost your tourism sector.

The Role Of Social Media In Online Lobbying.