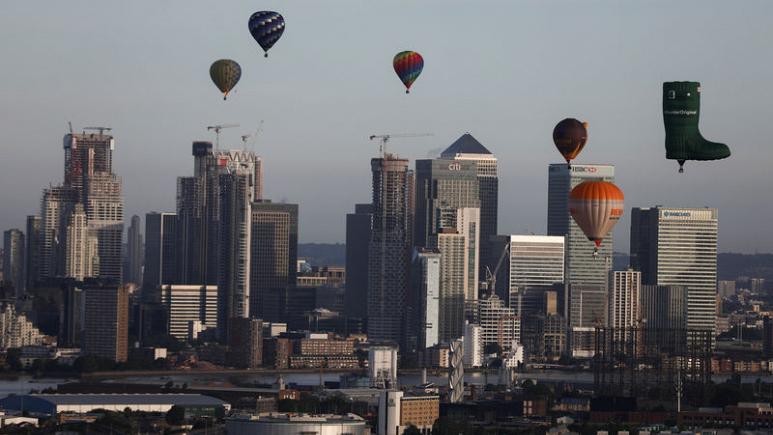 British companies are more worried about Brexit than at any time since the 2016 referendum decision to leave the European Union and they plan to reduce investment and hiring, a survey of chief financial officers showed on Monday.

The survey conducted by Deloitte, a financial advisory firm, found that 83% of the CFOs believed that leaving the EU would hurt Britain’s long-term business environment.

Only 4% said it was a good time to take on more balance sheet risk, the lowest percentage since the collapse of Lehman Brothers in 2008 which helped trigger the financial crisis.

Britain’s economy has slowed sharply after a strong start to 2019 when companies were rushing to prepare for the original Brexit date in March which has been delayed until Oct. 31.

Surveys published last week suggested the economy shrank in the second quarter and Bank of England Governor Mark Carney warned of the growing risks from a no-deal Brexit and from an escalation of trade tensions in the world economy.

Almost two thirds of the CFOs surveyed by Deloitte expected to cut hiring in the next three years as a result of Brexit and 47% expected to reduce capital spending.

British companies cut back on business investment throughout 2018, the longest such run since the global financial crisis, raising concerns about the longer-term impact of the Brexit crisis on the country’s economy.

Separately on Monday, the Confederation of British Industry, an employers group, said it expected business investment would fall by 1.3% in 2019, the biggest decline since the financial crisis, even if Britain manages to avoid a no-deal Brexit.

The Deloitte survey was based on responses from 79 CFOs, including 48 from FTSE 350 companies and was conducted between June 12 and 28.

“Text, images, and video are the paint swatches of 21st-century artists — with a single catch: this form of art has to communicate, engage, and sell.” ― Laura Busche – Visit THE ONLINE PUBLISHERS for high quality content creation services and professional, artistic photography.

4 Reasons All Photographers Need To Sign Up With TOP.

3 Reasons Top Is A Leader For Ebooks To Read.

3 Reasons To Advertise With TOP as Soon As Possible.

2 Main Reasons To Think About Going With TOP Translation Platform

2 Reasons that TOP is Supreme for Content Creation Services.

3 Ways to Get Great Online Reviews.

Get Expert Help With Press Release Services Through TOP.

4 Reasons All Freelancers Should Be Working With TOP.

If Facebook and Google don’t fix their problems, advertising execs say they could go somewhere else.

US inflation picks up in April as spending slows.

Australia’s Richest 2019: In A Down Year, Two Miners Break Back Into The Top 50.

Trump’s tax overhaul is taking a serious toll on the Hamptons real-estate market.

Why is the Brecon by-election so important to Boris?.

Millions In India Face Uncertain Future After Being Left Off Citizenship List.