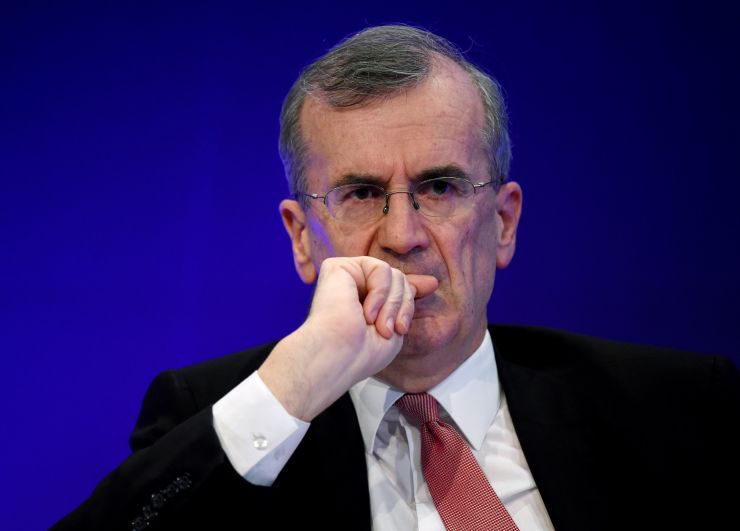 Speaking to CNBC’s Annette Weisbach at an economic conference in Aix-en-Provence in southern France, François Villeroy de Galhau underlined that the main threat to global growth at present is uncertainty.

“And let us be clear, uncertainty created by trade tensions,” Villeroy de Galhau, who is also a member of the Governing Council at the European Central Bank (ECB), said.

“So the priority is to reduce this uncertainty and here we will do our duty as central bankers, but monetary policy cannot do everything. Monetary policy has no magic wand, it cannot make miracles. And it’s up to political leaders to reduce these uncertainties, sometimes self-created,” he added.

The world’s two largest economies are locked in a trade war that has hurt global growth and threatened to spill over into other regions. The U.S. has so far slapped a 25% tariff on $250 billion of Chinese goods, and Beijing has also raised tariffs on billions of dollars’ worth of American products. This week, the U.S. government also ratcheted up pressure on Europe by threatening tariffs on $4 billion of additional EU goods.

The ECB was looking to end its era of monetary easing at the end of 2018 but the trade uncertainty has meant a U-turn for many central banks around the world. The euro zone’s central bank has now provided liquidity provisions for its banks and has cleared the path for much more stimulus, not ruling out another quantitative easing program.

Villeroy de Galhau told CNBC that the ECB will fulfill its mandate of price stability, but cannot go beyond that mandate. He said it was crucial that lawmakers also produced consistent economic policy in the face of these protectionist measures.

“Monetary policy cannot be the only game in town, or in the world on the global scene,” he said. He iterated that the ECB had not yet decided on what actions it would take to combat ailing growth and weak inflation, calling for a pragmatic approach.

“Many things are possible but nothing is decided today. Let’s be pragmatic in our next (ECB) meetings,” he said.

“Successful blogging is not about one time hits. It’s about building a loyal following over time.” – David Aston – Subscribe with THE ONLINE PUBLISHERS to offer your services as a blogger.

How pay-as-you go energy systems could help with access to electricity in Africa.

Trump might not need to hear much to strike a truce with China: Senior official.

Anthony Scaramucci talks to Bill Kristol about trying to force Trump off the GOP ticket in 2020.

Who Is Winning The Offshore Solar Race?.