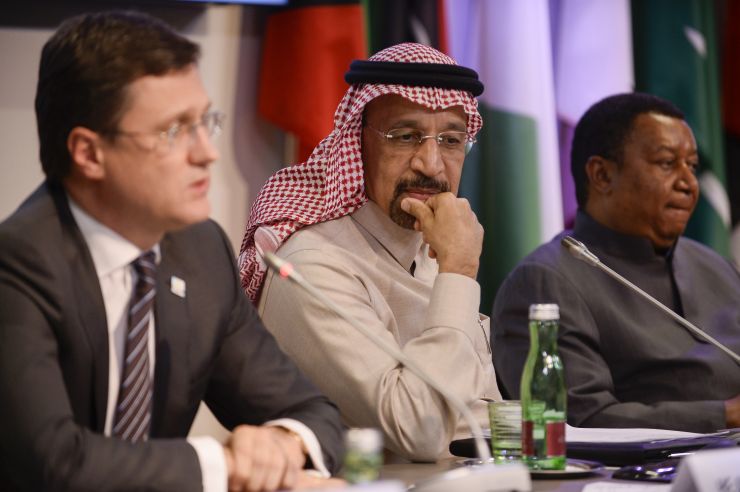 It comes less than 24 hours after energy ministers from the world’s most powerful oil-producing nations thrashed out a deal to restrict the amount of crude flowing into the global market.

OPEC reached a deal to extend production cuts until March 2020 on Monday. The Middle East-dominated producer group was able to overcome their differences after five hours of negotiating in Vienna.

The energy alliance between OPEC and non-OPEC partners, sometimes referred to as OPEC+, has been reducing oil output since 2017.

The policy is designed to prevent prices from sliding amid soaring production from the U.S. — which has become the world’s top producer ahead of Russia and Saudi Arabia. The cuts are running at a volume of about 1.2 million barrels per day.

Ahead of the non-OPEC meeting on Tuesday, Saudi Energy Minister Khalid al-Falih had said he was 100% confident of an OPEC+ deal.

The U.S. is not a member of OPEC, nor is it participating in the supply pact. Washington has demanded Riyadh pump more oil to compensate for lower exports from Iran after slapping fresh sanctions on Tehran over its nuclear program. However, the U.S. has also ratcheted up its oil production in recent years.

President Donald Trump is likely to be irritated by an extended period of OPEC-led supply cuts, after repeatedly calling on Saudi Arabia to supply more oil and help reduce prices at the pump.

Brent crude has climbed more than 25% so far this year, after the White House tightened economic sanctions against OPEC members Iran and Venezuela, slashing their exports.

“Your brand is what other people say about you when you are not in the room.” – Jeff Bezos – Visit The Online Publishers “TOP” for influencer marketing services.

The Helpful Trend It Service.

How TOP Platform Solves A Need For Influencers Marketing.

The rise of superbugs: Facing the antibiotic resistance crisis.

5 Tips to Keep Your Nails Strong.