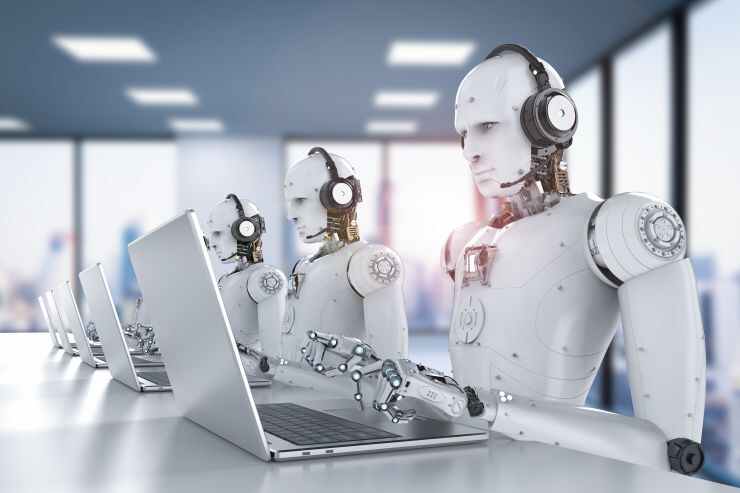 Robots could take over 20 million jobs by 2030, study claims

Robots could take over 20 million manufacturing jobs around the world by 2030, economists claimed Wednesday.

According to a new study from Oxford Economics, within the next 11 years there could be 14 million robots put to work in China alone.

Economists analyzed long-term trends around the uptake of automation in the workplace, noting that the number of robots in use worldwide increased threefold over the past two decades to 2.25 million.

While researchers predicted the rise of robots will bring about benefits in terms of productivity and economic growth, they also acknowledged the drawbacks that were expected to arise simultaneously.

“As a result of robotization, tens of millions of jobs will be lost, especially in poorer local economies that rely on lower-skilled workers. This will therefore translate to an increase in income inequality,” the study’s authors said.

However, if robot installations were boosted to 30% more than the baseline forecast by 2030, researchers estimated it would lead to a 5.3% boost in global GDP that year.

“This equates to adding an extra $4.9 trillion per year to the global economy by 2030 (in today’s prices) — equivalent to an economy greater than the projected size of Germany’s,” the report said.

According to the report, the number of robots installed in workplaces in the past four years is the same as the number put to work over the eight years previous.

Approximately every third robot in industry is now installed in China, researchers found, with the world’s second-largest economy accounting for around one-in-five of the global stock of robots.

It was predicted that by 2030, more than 1.5 million jobs would have been lost to robots in the United States. In China, that number was expected to exceed 11 million. Across EU member states, almost 2 million people would lose out on employment because of automation, the report said.

When it came to job losses, the most vulnerable states in the U.S. included Texas, Louisiana and Indiana, with Oregon named the most susceptible to the negative effects of automation.

Despite the threat of job losses, the report urged lawmakers not to prohibit the rise of automation.

“These findings should not lead policy-makers and other stakeholders to seek to frustrate the adoption of robot technology. Instead the challenge should be to distribute the robotics dividend more evenly by helping vulnerable workers prepare for and adapt to the upheaval it will bring,” the researchers said.

Researchers suggested that governments could incentivize companies and workers with financial benefits for engaging in local programs to retrain workers. They also called on policymakers to develop “aggressive, forward-thinking programs” to counteract the negative impacts of automation.

“Explore all policy options, from infrastructure investments to training initiatives and innovative welfare programs such as universal basic income,” the report suggested.

Workers were also advised to “audit” their own jobs to better understand the balance between the human skills it required and skills that could potentially be taken over by a machine.

“Adopt a ‘lifetime learning’ mindset,” researchers said. “There are no jobs for life.”

The Online Publishers “TOP” is a ‘one stop shop’ for clients seeking content creators, journalists, influencers, publishers, SEO experts, photographers, or specialized e-books and resources, all available on one platform.

Earn For Photos By Signing Up With TOP To know more >> https://topphotosgallery.com/ .

Find One Of The Best Ebooks Libraries With TOP

Where to Find The Best Quality Translation Services.

4 Great Benefits To Advertising With TOP.

How to Design an Online Banner for Advertising.

Trump blasts Scaramucci and tweets video of his former aide praising him.

Trump on trade war: China wants to negotiate and we will be ‘getting back to the table’.

Inside the NRA’s scandals and financial troubles.