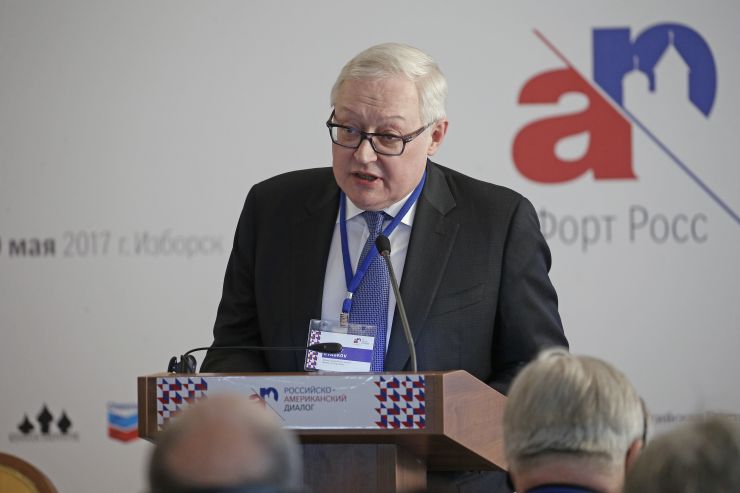 NATO Secretary-General Jens Stoltenberg said Tuesday that Russia must dismantle the short-range system, or the alliance will be forced to respond, adding that NATO-member defense ministers would now look at next steps “in the event that Russia does not comply.”

No detail is yet known over what NATO might do although Stoltenberg said the alliance would not engage in any arms race.

According to the Kremlin-owned news agency TASS, Russian Deputy Foreign Minister Sergei Ryabkov told reporters Wednesday that NATO’s comments “reek of propaganda” and were falsely attempting to portray NATO’s threat as a “military and political response to Russia’s actions.”

The translation of Ryabkov, provided by TASS, added that Russia would respond to any military action from the 29-nation alliance.

“When these threats begin to materialize into real action, we will have to take countervailing military measures,” he said.

Earlier this year, the U.S. said it would quit a decades-old missile treaty with Russia if the latter failed to destroy the missile, labeled the SSC-8 by NATO.

Russia’s short and medium range missiles are viewed as a particular threat to neighboring countries as they can be quickly launched, leaving the target country or region with almost no response time.

The 1987 INF Treaty between the U.S. and Russia sought to eliminate nuclear and conventional missiles, as well as their launchers, with short ranges (310–620 miles) and intermediate ranges (620–3,420 miles).

NATO has said Russia’s SSC-8 violates those terms and that Moscow has been deploying the system at locations which threatens countries across Europe.

Russia has been given until the end of August to just five weeks to scrap the system and save the treaty.

The Best Option For Getting Quality Positive Reviews For Your Business.

The strangest and most alarming things in WeWork’s IPO filing.

US trade deficit narrows less than expected to $54 billion