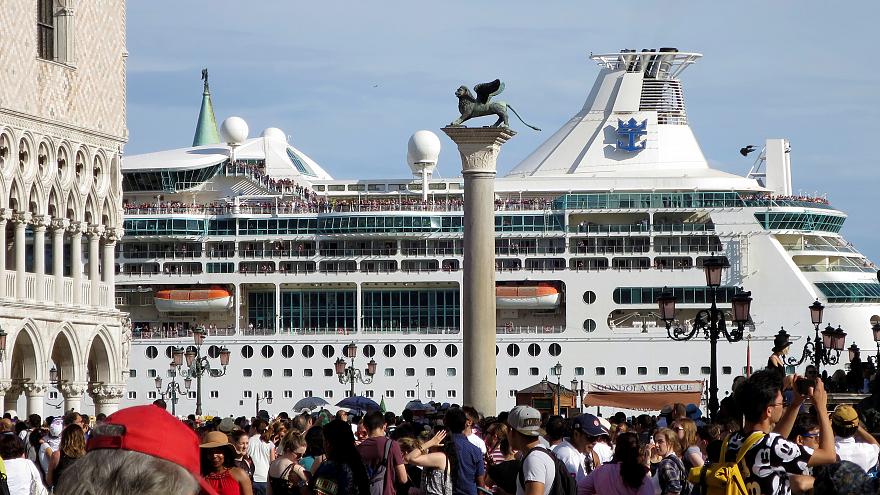 On Sunday morning, four tourists were injured as giant cruise ship MSC Opera crashed into a dock and a tourist riverboat on the Giudecca Canal, one of Venice’s main waterways.

The ship’s owner, MSC Cruises, said the cruiser vessel was about to dock at a passenger terminal when it encountered a mechanical problem. Slowly but steadily, the ship crashed into the canal bank, as two towboats guiding it into Venice were unable to prevent the collision.

It’s not the first time a huge cruise ship causes chaos in the famous northeastern Italian city: in April 2014, another MSC ship, Preziosa, had collided with a passenger walkway at the port of Venice, damaging a pedestrian corridor.

The accident revived the debate over banning cruise ships from the Giudecca Canal, a major artery leading directly to the world-famous Saint Mark’s Square.

“This is just the latest proof that it’s inconceivable for big ships to still pass by the Giudecca canal”, Venice mayor Luigi Brugnaro stated, asking for an alternative channel to be opened as soon as possible.

Italian Minister of Transport Danilo Toninelli was quick in saying that “the accident at the port of Venice shows that big ships should no longer pass through Giudecca”. “After so many years of inertia, we are finally close to a definitive solution to protect both the lagoon and tourism”, he added.

Talks of new measures to shield the city from cruise ships were also confirmed by Environment Minister Sergio Costa, who tweeted “What happened in the port of Venice is confirmation of what we have been saying for some time: big ships should not pass by the Giudecca. We have been working on moving them for months with ministers Toninelli and Bonisoli and we’re close to a solution”.

It’s not the first time the Italian government tries to tackle the issue of cruise ships passing through the Giudecca canal, that flows into the Saint Mark Basin passing by invaluable historical landmarks such as the Santa Maria della Salute church.

Back in 2013, ships weighing over 96,000 tonnes were banned from the Canal, but the law was later overturned by a regional court, that ruled the environmental and safety risks unsubstantiated.

Despite years of protests organised by local committees such as No Grandi Navi, fights to divert larger ships from the city centre on the grounds that they erode the foundations of the city, bring too many tourists, worsen Venice’s notorious flooding problems and pollute waters have not achieved practical results.

Too little, too late?

These committees believe the government’s newfound interest in banning cruise ships is too little, too late. Calling for a demonstration at Le Zattere, in the city centre, for Saturday June 8, the Comitato No Grandi Navi says it wants to “silence the lying politicians who today, after years of subjugation to the companies and the interests of those who destroy the city in the name of profit, all claim to be against the big ships”.

“They should stay silent and rather listen to the city”, they added on the Facebook event for the protest, “the city that has been drowning and protesting for years”.

The activists of Gruppo25Aprile, a civic platform fighting against the city’s depopulation, have also joined the fight, but they oppose the idea that cruise ships should only be banned from the Giudecca canal. Marco Gasparinetti, one of the group’s leaders, underlined in a Facebook post that “these ships have to be kept away from all residential areas. There are no class A and class B citizens”.

The Importance Of Finding Great Photos For Any Website.

How to Work as a Freelance Journalist.

Make Money Online as a Reviewer.