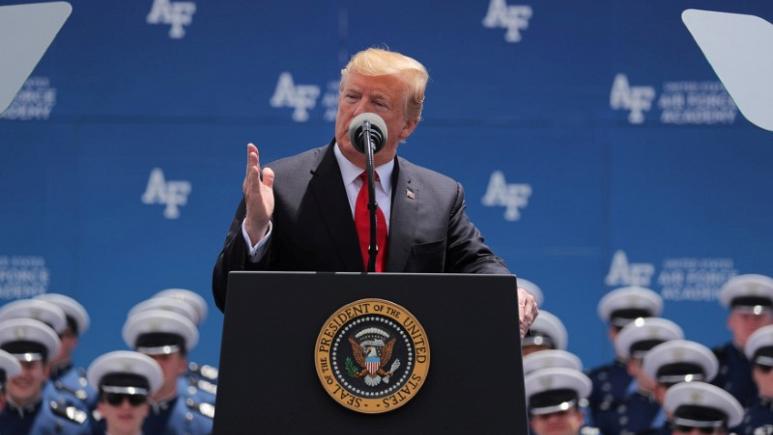 WASHINGTON (Reuters) – President Donald Trump on Friday pressured Mexico to stop people from crossing into the United States, one day after threatening to impose new tariffs on Mexican imports in a bid to get the country to crack down on illegal immigration.

Trump said on Thursday he would ratchet up tariffs unless Mexico stopped people from illegally crossing the border it shares with the United States. The plan would impose a 5% tariff on Mexican imports starting on June 10 and increase monthly, up to 25% on Oct. 1.

“Mexico makes a FORTUNE from the U.S., have for decades, they can easily fix this problem. Time for them to finally do what must be done!” Trump wrote on Twitter.

Trump has made immigration a priority for his administration, but he has been unable to push through changes in immigration policy or receive congressional approval to finance a border wall he has sought.

New tariffs could also threaten a trade deal with Mexico and Canada that the White House is pushing Congress to approve.

White House spokeswoman Sarah Sanders said in a television interview the Trump administration had fully thought through the threat.

“Not only have we thought this through, but we’ve been talking about it since the president, not just on the campaign, but took office,” Sarah Sanders told Fox News Channel.

4 out of 5 people on antidepressant drugs are unaware of the side effects.

Diwali “Festival of the Lights” at the Bankhead Theater.