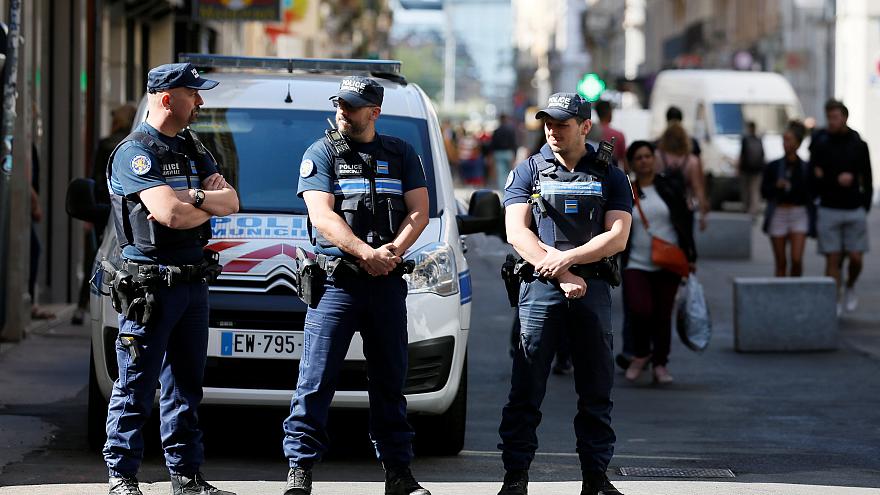 French police have arrested two people in connection with last week’s bomb blast in the city of Lyon that injured 13 people, French authorities said on Monday.

Interior Minister Christophe Castaner announced one arrest on Twitter just after 10 am local time but did not provide further details on the suspect or where he was arrested.

Shortly after, Mayor of Lyon Gerard Collomb said on French news channel BFMTV that a second suspect had been arrested.

Security camera footage of the incident showed the suspect wearing a balaclava wheeling a bicycle to the scene, before leaving a bag outside a branch of a popular bakery chain shortly before an explosion occurred at around 5:30 pm local time.

The case is being handled in a terrorism investigation given the circumstances of the attack, which was committed in broad daylight and the explosive device used — capable of hitting a large number of people with screws and metal balls packed into a bag.

At least 13 people were injured in an explosion in the French city of Lyon after a man left a suspected parcel bomb on a shopping street, officials said.

Most of those hurt were hospitalised for treatment to leg injuries that were described as “light”. The Paris counter-terrorism prosecutor has opened a probe into the blast.

No one has claimed responsibility for the act as of yet, said Paris prosecutor Rémy Heitz at a news conference on Saturday. He said investigators found screws, metal marbles, seven small batteries, a printed circuit board, and a remote-controlled trigger device.

The police released a photo of the suspect as part of a call for witnesses to come forward to help find the man who is still at large. He is wearing a dark-coloured balaclava and sunglasses, pushing a bike.

They said the individual was dangerous and told the public not to approach him under any circumstances but provided a number for anyone with information on his whereabouts to call.

Where To Go To Buy From An Online Photos Gallery.

TOP Gives Writers A Way To Earn More By Selling In The Ebooks Library.

3 Ways To Get Ahead Of Reputation Repair With TOP.

No Better Option For Online Reviews Than TOP.

2 Ways TOP Helps You Earn For Reviews You Write.

The Importance Of Finding Great Photos For Any Website

Work on cell response to oxygen gets medicine Nobel.

How to trend on social media.

The Rohingya’s Right of No Return.