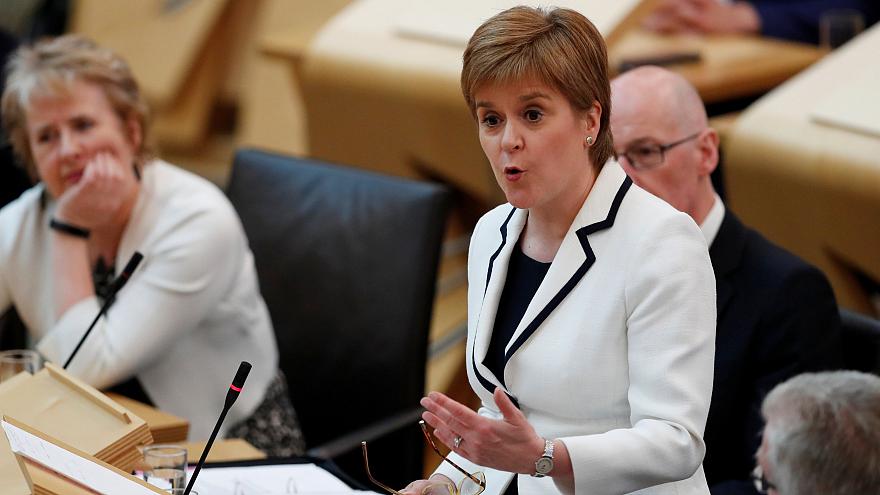 Scotland must have second independence referendum if Brexit goes ahead, says FM Sturgeon

Scotland should hold an independence referendum before the current Scottish parliamentary term ends in May 2021, First Minister Nicola Sturgeon said on Wednesday.

“A choice between Brexit and a future for Scotland as an independent European nation should be offered in the lifetime of this parliament,” Sturgeon told Holyrood, Scotland’s devolved parliament.

She said she would prepare legislation before the end of 2019 for this to happen.

Scotland, part of the United Kingdom for more than 300 years, rejected independence by 60-40 in a 2014 referendum.

However for a second referendum to take place, Sturgeon admitted she would need the agreement of the British government.

And in response to Sturgeon’s speech, a spokesman said British prime minister Theresa May’s view was the majority of voters rejected leaving the rest of the United Kingdom in the 2014 referendum, and that result should be respected.

“I can confirm that the Scottish government will act to ensure that the option of giving people a choice on independence later in this term of parliament is progressed,” she told MSPs.

Differences over Brexit have strained the United Kingdom. Scotland and Northern Ireland voted to stay in the EU in a 2016 referendum, while Wales and England vote to leave.