Latest Articles
Home BUSINESS Americans are unhappy with tax overhaul, and the GOP should be worried 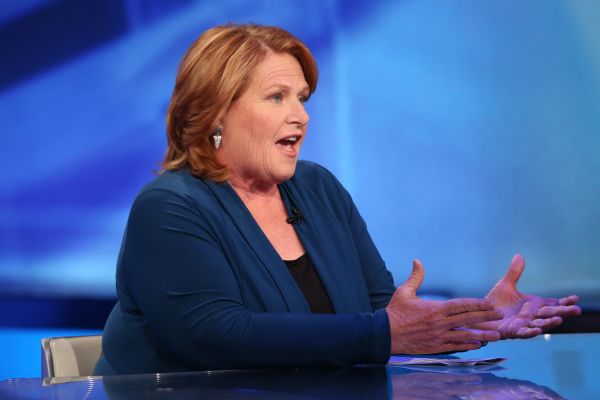 Americans are unhappy with tax overhaul, and the GOP should be worried

If you ask any Republican member of the U.S. House of Representatives or the U.S. Senate what is the most significant fiscal accomplishment of the Trump presidency, the overwhelming answer would be the Tax Cuts and Jobs Act, or TCJA.

When passed in December 2017, the TCJA did not have majority American support. Despite this lack of early support, the GOP believed that once the tax bill was fully implemented, the American taxpayers would be impressed with their large tax savings, and public opinion on the TCJA would become overwhelmingly positive.

Well, April 15 is here, tax returns are being filed and Americans remain unconvinced of the equity and the value of the TCJA.

More from Invest in You:
This tax mistake in college left me owing the IRS
Here’s what we need to do to improve financial literacy
America’s juiciest money secrets, as told to CNBC

Results from a recent NBC News/Wall Street Journal Poll said just 17% believe their own taxes will go down. By contrast, 28% believe they’ll pay more, 27% expect to pay about the same, and 28% don’t know enough to say.

Unfortunately for McConnell, Americans did not rejoice at the small incremental change in their monthly take-home pay, made possible by the changes in withholding tables.

A Morning Consult/Politico poll taken in December 2018 reported that, of those polled, only 23% saw an increase in their take-home pay, and 60% did not. Now, as Americans file their returns, they similarly are not seeing anything that will improve their opinion of the TCJA.

As of the end of March, the IRS paid out $6 billion less in total refunds this year compared with last, and the average tax refund amount is $20 less than last year. This does not look like the huge tax reduction promised to middle-class America.

Yes, I know the reality is that most Americans did, in fact, receive a tax reduction, with estimates of average tax savings from $1,000 to $2,000 per return filed. But in taxes, as in most political things, perception is reality. House Speaker Nancy Pelosi, D-Calif., said the TCJA was “simply theft — monumental, brazen theft — from the American middle class and from every person who aspires to reach it.”

Sixteen months since the TCJA passage and now well into the 2018 filing season, it appears the American media agree.

It cannot be overstated that what also continues to drive these negative poll numbers is a core belief that the income-tax system benefits the rich at the expense of the middle class. Polling has begun on a number of Democratic presidential candidates’ proposals that would increase taxes on the richest Americans. The results are not good for the wealthy.

Almost all these proposals have majority support, with the wealth-tax proposal of Sen. Elizabeth Warren, D-Mass., earning 74% approval. Interestingly, some of the proposals also have majority Republican support.

“Americans who believe the tax system is rigged for the rich and against the middle class want the system fixed. They clearly do not believe the fix can be found in the Tax Cuts and Jobs Act.” -Heidi Heitkamp, former U.S. senator (D) from North Dakota

The Republican tax bill architects will argue that the opinions reflected in these poll numbers are misguided, and that the TCJA and the current tax burden on wealthy Americans is not widely understood.

But as President Ronald Reagan once said: “If you’re explaining, you’re losing.”

Americans who believe the tax system is rigged for the rich and against the middle class want the system fixed. They clearly do not believe the fix can be found in the Tax Cuts and Jobs Act. That is bad news for any Republican candidate, including President Donald Trump, who want to make the TCJA the centerpiece of their argument for reelection.