Latest Articles
Home CITIZENSHIP April Fools’ Day: a selection of the best pranks from around Europe 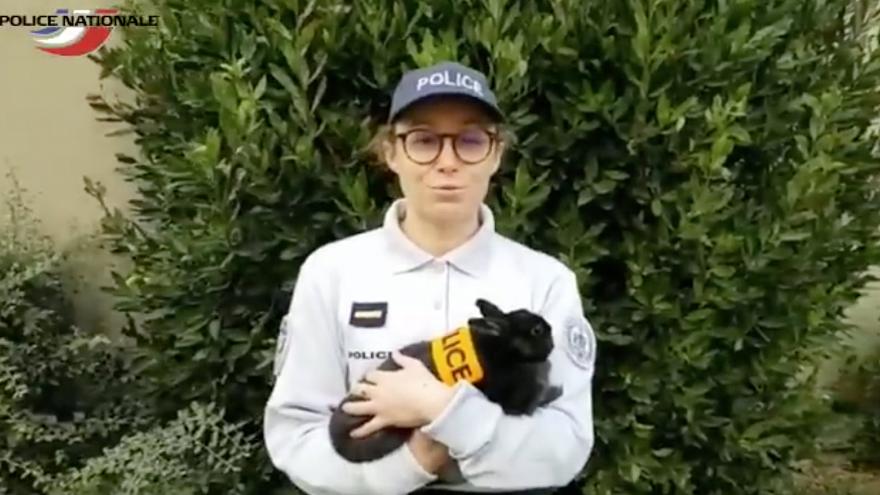 April Fools’ Day: a selection of the best pranks from around Europe

Fake news has been decried the world over for misleading the public over big issues like the US presidential election and the Brexit referendum.

But if there’s one day of the year when everybody partakes with outlandish announcements, it’s April Fools’ Day.

Here’s a roundup of some of the best pranks:

French police tweeted on Monday to say they were looking for rabbits to join them on crime-fighting missions.

“It is true that in the police we mostly know the work of dogs but today we are calling for new recruits like Marinette — rabbits,” a policewoman added in an accompanying video.

Police praised rabbits for their agility, hearing and smelling capabilities, which are “30 times superior to that of dogs”.

Teenage climate change activist Greta Thunberg, who inspired students across Europe to protest over governments’ action on global warming, announced that she has decided to “stop striking and go back to school for good”.

“After talking to so many of our leaders I have now realised that they have the climate crisis under control, they understand the emergency and are ready to act,” she explained on Twitter.

She quickly added: “Only joking of course!”

If you’ve ever wondered if flowers can think and if yes, what they’ve got to say, Google now has you covered!

The technology behemoth announced on Monday that it is introducing Google Tulip, capable of translating between “Tulipish and dozens of human languages” thanks to “great advancements in artificial intelligence”.

A video shot in the Netherlands — where else?! — purports to show experts explaining how they succeeded in deciphering the language of flowers.

“You may have heard about the UK’s decision to leave the EU. Hell, you might even be one of the lovely people who voted for it,” Webjet Australia said on Monday.

“Why would you want to go to Europe after this?,” it went on, adding: “Webjet Australia are here so you don’t have to stay and deal with the no deal.”

Its solution: a Brexit Flash Sale with flights from the UK to Australia for just one Australian dollar. (€ 0.6).

Sadly, its finance department vetoed the operation: “They said we’d go broke if we did this sale.”

BMW electric cars will soon be able to automatically recharge at night thanks to a new “lunar paint”, the German manufacturer’s UK branch announced on Monday.

“BMW Lunar Paint uses revolutionary photovoltaic technology to passively recharge your battery in the hours of darkness,” it said on its website, before admitting the paint “may not be of this world quite yet.”

There are few things more mortifying than a sex scene when watching the television with the family and the BBC knows that. To spare anyone the embarrassment, it has decided to launch a Skip the Sex button on its iPlayer service.