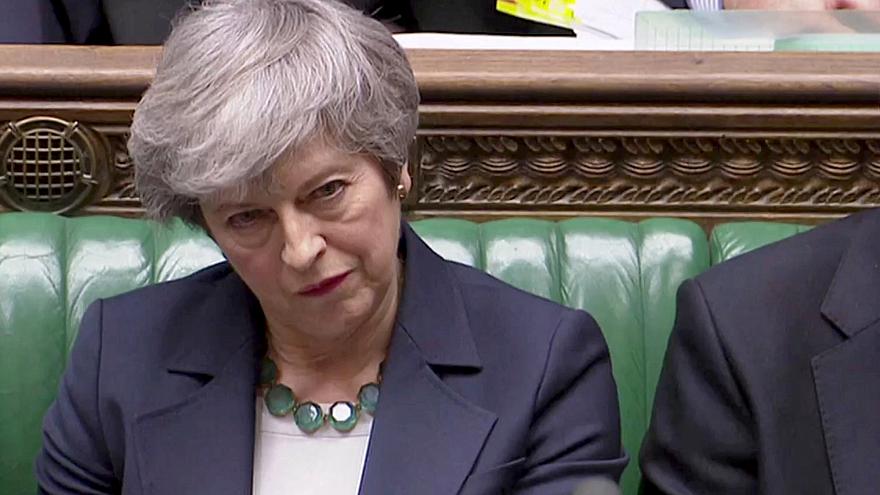 British Prime minister Theresa May will ask the European Union for a short Brexit delay, a British government source confirmed to Euronews on Wednesday.

“There is a case for giving parliament a bit more time to agree a way forward”, the source said.

The British PM is expected to send a letter to the EU on Wednesday to request the extension to Article 50, which she triggered on 29 March 2017 and gave the UK two years to negotiate its EU exit. The planned Brexit date, on 29 March 2019, is just 9 days away.

The length of the delay May will be asking for is unclear.

EU Commission President Jean-Claude Juncker told the German radio station DLF on Wednesday morning that he believed the EU might need another summit, in addition to the one planned this week, to agree on a possible extension.

The British parliament has twice voted down the exit deal Theresa May agreed with the EU in November, but May hopes to put it to another vote, possibly as early as next week.

She has warned that if parliament does not ratify her deal, she would ask to delay beyond June 30, a step that Brexit’s advocates fear would endanger the entire divorce.

The former Conservative party leader Iain Duncan Smith told the BBC on Wednesday that a delay to Brexit will “create problems” and can only be possible if May can change her withdrawal deal.

“Any delay creates a bow wave of problems, not just for the government here but for the governing party around the country,” Duncan Smith said. “There is only one reason that would pass muster, and that would be because the agreement has to be changed… Any delay must be hinged around the idea of getting change to the deal, but any other reason simply doesn’t work.”

Andrea Leadsom, a senior minister in May’s cabinet, said the UK would want to be out of the EU before it holds European elections in May. “It is absolutely essential we are out of the EU before the EU elections. It would be extraordinary for the people who voted to leave the EU to find us fielding candidates for these next elections,” she told British radio broadcaster LBC.