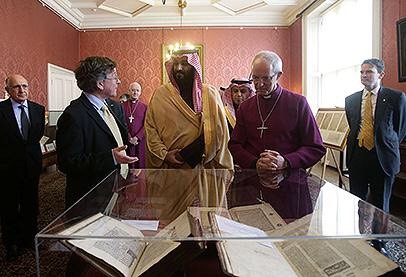 King Abdullah’s efforts as well as those of King Salman and Crown Prince Mohammad Bin Salman made Saudi Arabia a leader in global interfaith dialogue.

The late King Abdullah held in 2007, according to a Kinani article, a groundbreaking meeting with Pope Benedict XVI. A year later, the King invited Islamic religious scholars, media representatives, academics and intellectuals from around the globe to take part in three-day interfaith talks in Makkah. During that meeting, the parameters of the discussions Muslims would have with people of other faiths, were outlined.

In a continuation in that direction, King Salman, in April 2018, received the Chairman of the Pontifical Council for Interfaith Dialogue at the Vatican, Cardinal Jean-Louis Tauran and his accompanying delegation. The King and the Chairman stressed the important role that followers of all religions and cultures play in renouncing violence, extremism and terrorism, to achieve of global security and stability. 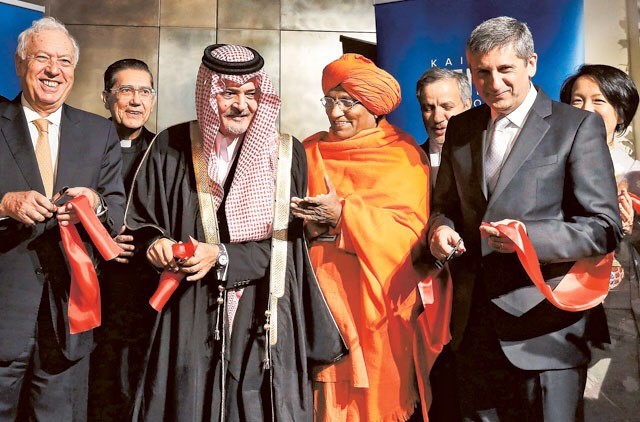 During his visit to the UK in March 2018, Crown Prince Mohammed met religious leaders. Among those leaders was the Archbishop of Canterbury Justin Welby, where they stressed the importance of respect between followers of all religions, and the need to promote the positive values of coexistence and tolerance.

In March 2017, the Crown Prince met Coptic Pope Tawadros II at Cairo’s largest cathedral, and invited Egyptian Christians to visit Saudi Arabia, saying that “all Coptic Christians are welcome”. As a matter of fact, the visit of the Coptic leader did take place during the last part of November 2018.

Both King Salman and his Crown Prince have always stressed the importance of the role of all religions and cultures in promoting tolerance, renouncing violence, extremism and terrorism, achieving security and peace for the peoples of the region and the world. Meanwhile, Crown Prince Mohammed Bin Salman has said in number of occasions that he wants to return Saudi Arabia to a “moderate Islam” that is more open to the world and tolerant of other faiths.

Commenting on the Saudi efforts in the area of interfaith dialogue, Nathalie Goulet, a French Senate Member said that “even a blind man would be able to see the revolution that is being accomplished in so little time in Saudi Arabia today. And this was boosted by the announcement late last month of an agreement between the Secretary General of the Muslim World League, the president of the Pontifical Council for Interreligious Dialogue in the Vatican and French Cardinal of the Catholic Church, to accomplish mutual goals”. Goulet added that “the agreement signed with the Vatican is not an open door to build churches, but it is the first step to a multi-faith society”.  That “Saudi Arabia has shown a strong sign of tolerance to the world. We are all going to closely watch the Kingdom’s next steps as it opens up, but today it’s time to welcome this historic decision”, the Senator remarked. 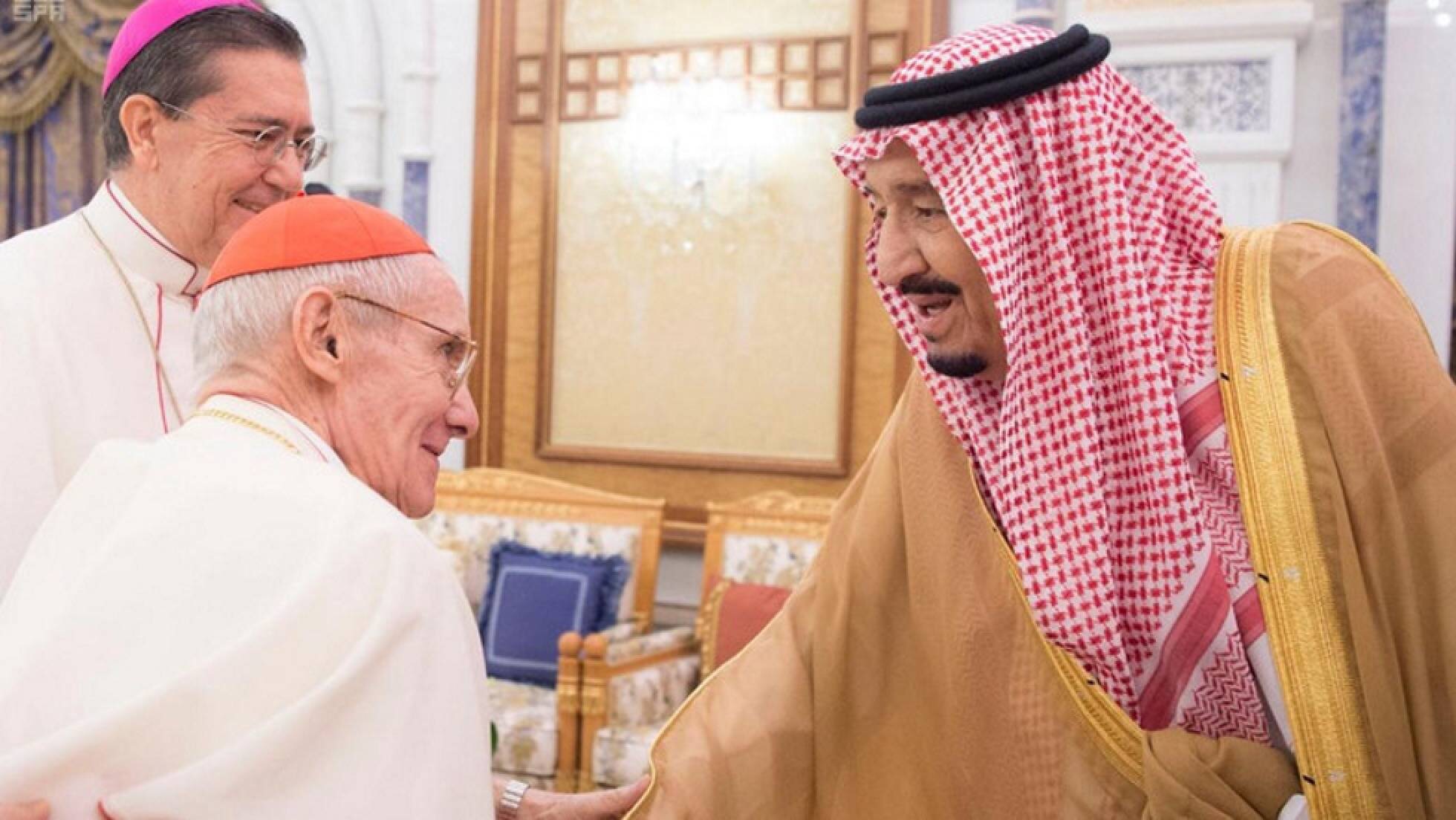 On the same topic, a press release by the United States Commission on International Religious Freedom on its visit to the Kingdom in October 2018, indicated that Commissioners Johnnie Moore and Nadine Maenza met with Government officials and had the first meeting ever granted between the Commission for the Promotion of Virtue and Prevention of Vice and a U.S. delegation.

“It was an excellent visit. No one was unavailable to meet with us, no topics were off-limits,” said Commissioner Moore. “We found the Saudis willing to engage directly on any issue. It was a very productive visit, marked by important discussions. The momentum of change in the country is absolutely undeniable, but, of course, there’s much in need of change.”  Commissioners Moore and Maenza met with officials from several ministries and had constructive dialogue on religious coexistence and reforms in Saudi Arabia. 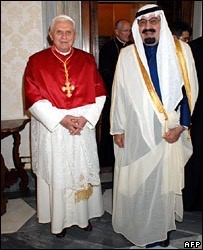 It ought to be noted that the Commission is an independent, bipartisan federal government entity, established by the US Congress to monitor, analyze and report on threats to religious freedom abroad.

Another effort from Saudi Arabia in the direction of interreligious dialogue is the establishment of the King Abdullah International Interreligious Center for Dialogue. It is an intergovernmental organization whose mandate is to promote the use of dialogue globally to prevent and resolve conflict to enhance understanding and cooperation.  As an international organization, the center supports the Universal Declaration of Human Rights, with emphasis on the right to freedom of thought, conscience and religion. The center also combats all forms of discrimination based on culture, religion or belief.

The work of the center is the continuation of a journey to fulfill a vision to bring together religious leaders and governmental representatives in a sustained dialogue for peace. A journey began by the late King Abdullah after the organization of three international interfaith dialogue conferences, which were held in Mecca, Madrid and at the United Nations.

Saudis have always been interested in learning about the American culture and its religious diversity. A recent example is the travel of an Islamic Law Saudi professor through a portion of America, collecting first hand religious and cultural experiences. The professor visited the Pennsylvania Amish, blew the ritual shofar with Jews in the synagogue, met a variety of white, black and brown Christians, and learned of the Muslim experiences in America.

In conclusion, I do very much agree with Kinani’s concluding remark in his article referred to above, that “dialogue between followers of all the divinely religions, Islam, Christianity and Judaism, can bring peace to the world”.

And I am definitely in agreement with a statement made by the French Senator Nathalie Goulet that “today, and for more than two years, the signs of Saudi Arabia’s opening up to the world in its cultural and religious diversity have become stronger, and increasingly compelling”.

Translation enables global communication and interaction, and paves way for cultural exchange. Quality is of major importance when it comes to translation. Poor translation causes miscommunication and may result in problems and misunderstandings, which is why our management ensures that only highly qualified translators are registered on The Online Publishers platform. Quality is a TOP priority when it comes to selecting our translators.

The Online Publishers (TOP) professional translators are available round the clock to translate your text from one language to another. Translation services include documents, video scripts and subtitles, among other. Once you register as a user, you will be able to search The Online Publishers’ platform for a translator of your choice, and negotiate the price and time needed to complete the assignment.