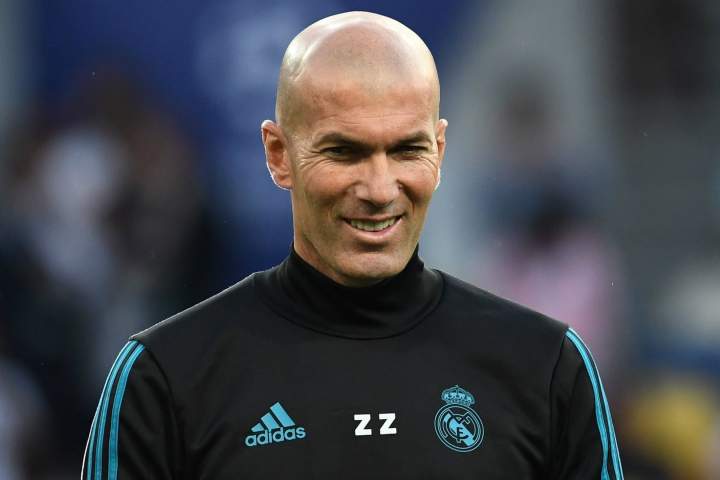 “The Board of Directors has named Zinedine Zidane as the new trainer of Real Madrid effective immediately for the rest of the season and until June 30th 2022.”

Zidane, who won the last three Champions League titles with Real Madrid, is back just nine months after leaving, claiming at the time that the club needed a “different voice”.

At a press conference on Monday, the club’s president Florentino Perez said they hadn’t achieved the results they hoped for this season and that the club needed to regain some hope — that’s why they had asked Zidane to come back.

“We are proud that you are back with us,” he said

In response, the French football star said he was “happy to come back home” and that he was looking forward to getting back to work and “putting the team back where it belongs.”

However, Zidane made clear he did not regret leaving the club nine months ago, adding that it was a much-needed break.

“I left the club because I needed it and for everyone’s sake, we had to make a change,” he said.

Zidane will take over from Argentinian coach Santiago Solari, who’s had a difficult season.

Double Clasico defeats by Barcelona saw Real knocked out of the Copa del Rey and left them far from a winning position in La Liga.

Real were also eliminated from the Champions League last Tuesday by Ajax Amsterdam.

France’s 1998 World Cup star said he would be focusing on finishing off this season as best as they could and then focus on the future.

Asked if he regretted not having Portuguese football star Cristiano Ronaldo on board, Zidane said that “that didn’t matter right now”.

“We still have 11 matches and we will do them well.”

Zidane added he hadn’t thought of anyone to replace Ronaldo.

When he first took over from Rafael Benitez in 2016, Zidane won nine trophies at Madrid and was considered one of the most successful managers of the club.