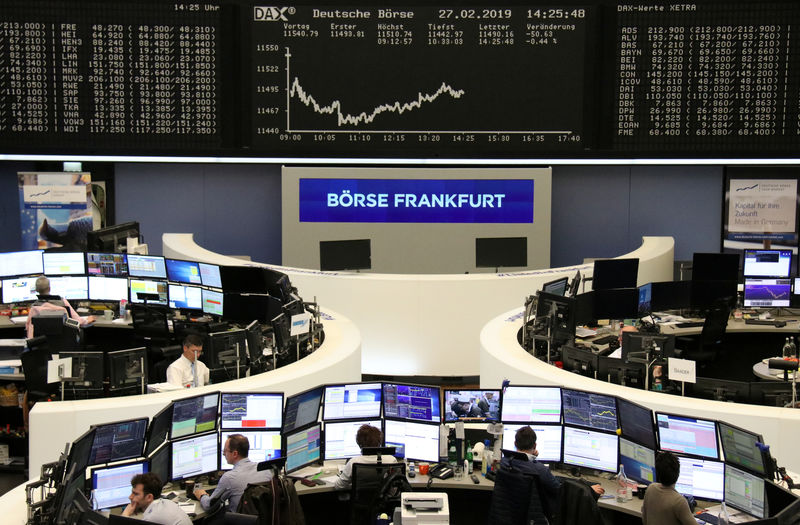 European shares pull back ahead of ECB meeting

European shares retreated further from five-month highs on Thursday ahead of a European Central Bank meeting that is expected to slash growth forecasts and hint at a new round of ultra-cheap loans for euro zone banks.

Euro-zone banks fell as some profit taking kicked in following gains made in anticipation of the ECB loan scheme, while the export-oriented auto sector continued to slide on worries over the sector’s prospects amid slowing Chinese growth.

Basic resources stocks were also under pressure as copper prices fell, while gains in defensive sectors like telecoms and utilities, which are favoured in time of economic uncertainty, were not enough to offset broader market weakness.

Italian banks, which used the biggest share of the previous round of cheap central bank loans, rose 0.1 percent but remained below the highs hit in the previous session.

A weak outlook sent shares in German publisher Axel Springer to the bottom of the STOXX 600, down 6.3 percent, while in-line results and a share buyback announcement sent brewer Royal Unibrew up 6.3 percent.

Chinese real estate is between a rock and a hard place: Strategist. >>> goldwellestate.com