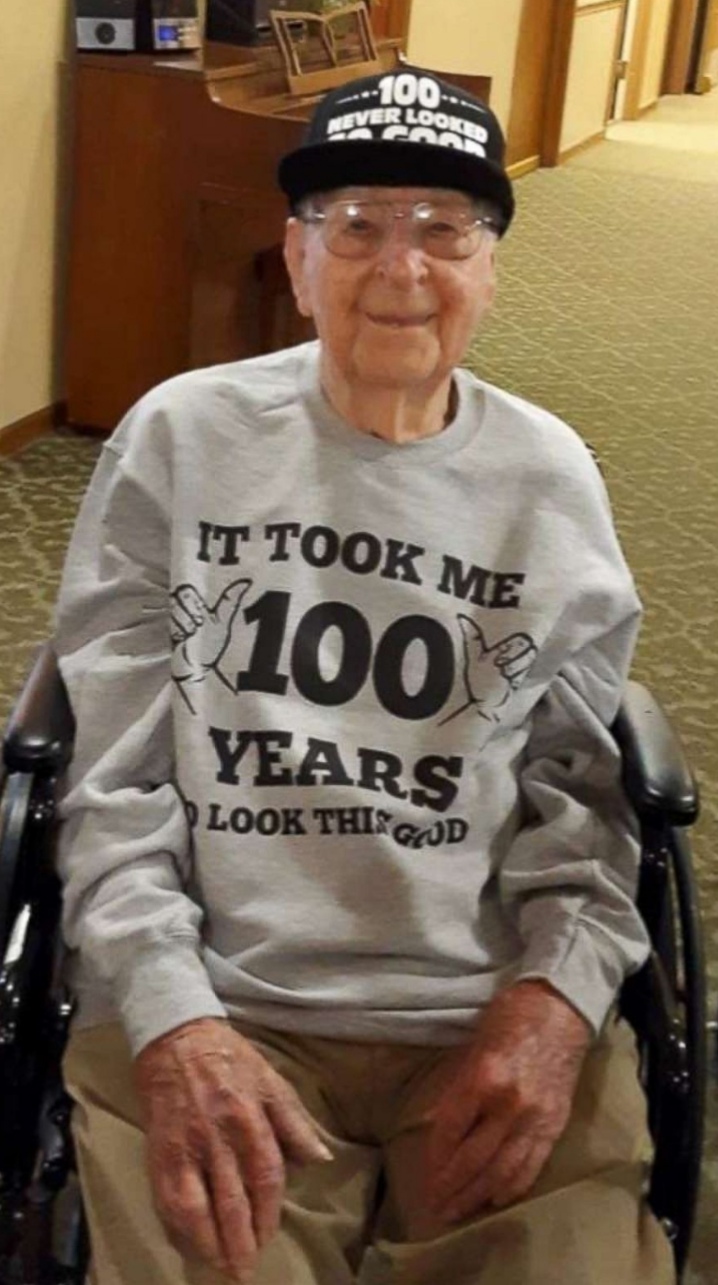 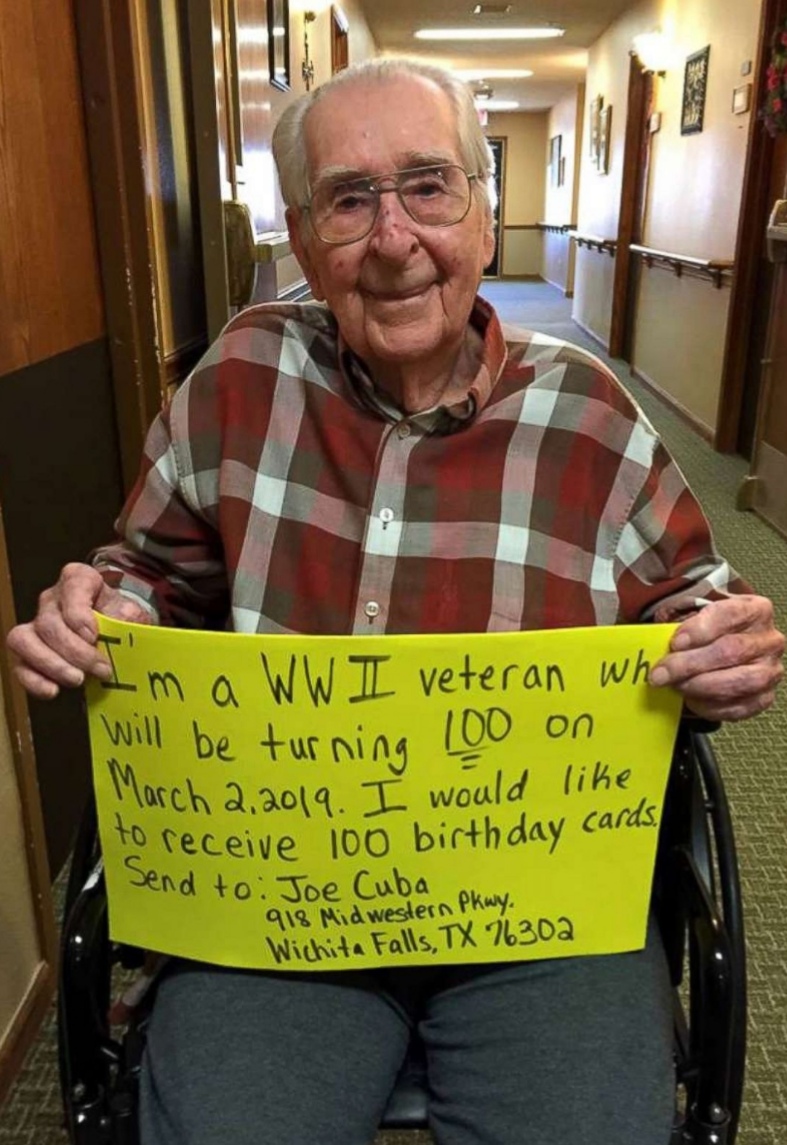 To his surprise, he received not 100, but thousands of letters, photographs and gifts from people all around the world.

It all started Feb. 21 when the Brookdale Midwestern Retirement Community, where Cuba is a resident, posted a sweet photo of him asking for 100 cards to mark his 100th birthday March 2.

The post immediately went viral online and Cuba started receiving letters from people in countries as far as England and Poland.

“There’s so many wonderful people that think about me,” Cuba told “Good Morning America.” “I really enjoyed it.” 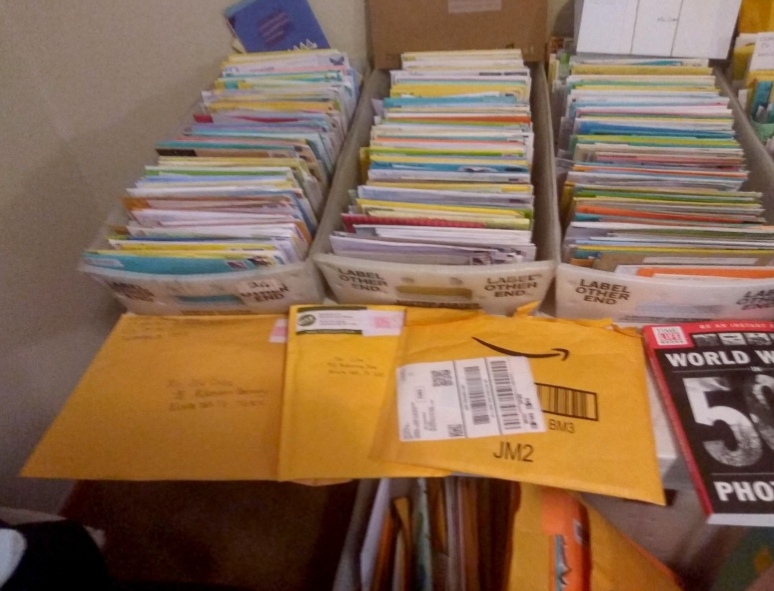 Brookdale Midwestern retirement community resident, Joe Cuba, has received thousands of cards, pictured here, since a photograph of him asking for 100 cards for his birthday was posted on February 21st

Jarvis Polvado, executive director of Brookdale Midwestern, told “GMA” the acts of kindness “couldn’t have happened to a nicer guy.”

“It’s probably what makes it the most heartwarming,” Polvado said.

The WWII veteran said he feels “fortunate” for all 100 years of his life, including his two years of service in the United States Army Air Forces as a staff sergeant. He received touching cards from fellow veterans with whom he served.

“I’m glad to be here after the war,” he said. “I thank all of you good people for wishing me well. You’re all so gracious to remember me.”

As for the most valuable life lessons Cuba has learned to share with others today, he said people today should “take care of themselves, and watch what they’re doing, and keep a sharp mind … just stay happy, and do what you like to do — and stay out of trouble, of course!”