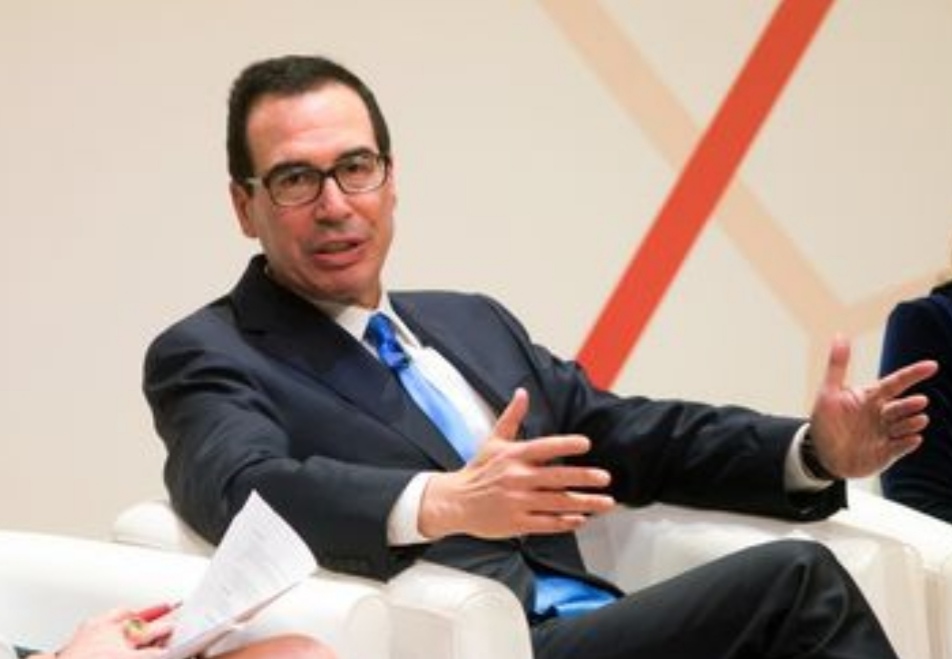 Amount of Tax Refunds Up Slightly While Fewer Receive Checks

By Laura Davison and Saleha Mohsin

The amount of the average U.S. tax refund increased 1.3 percent last week compared to a year earlier but the combined value of those checks and the number of people receiving the payments continued to drop.

The IRS released its data Thursday that compares the size and number of tax refunds compared to the same week last year before the GOP tax law was enacted. It released the figures hours after Treasury Secretary Steven Mnuchin touted a 17 percent jump in tax refunds issued since last week. (The Internal Revenue Service figure was actually 19 percent).

The total value of all refunds decreased about 3.6 percent to $121.2 billion from about $125.7 billion at this time last year. In general, the gap between the size and number of refunds issued compared to last year has narrowed as the filing season has continued.

“Despite the higher refund average, we remind taxpayers that weekly filing season data is variable and will continue to fluctuate,” Treasury said in a statement. “We caution against drawing broad conclusions on refunds overall this early in the filing season.”

So far, nearly 38.6 million checks have been issued to taxpayers, compared to about 40.5 million at this point in 2018. Tax refunds have been a sore spot for Republicans who are facing blow-back from taxpayers who didn’t get the refund check they were expecting in the first filing season after the GOP tax law went into effect.

The law has struggled to break above 50 percent approval in polling since it passed more than a year ago.

“That basically gets us to the same level as last year,” Mnuchin told CNBC in London after touting the weekly jump. “I would just emphasize that even if people have perfectly done their withholding, people really should be focused on paying lower taxes and those lower taxes are money back into the economy.”

This week, the IRS released thousands of refunds that had been held at the IRS for additional anti-fraud screening. Checks with refundable tax credits — such as those for earned income, children or for health care — are delayed for extra scrutiny.

“Regardless of what the refunds look like, we know that overall tax liabilities are lower,” Stephen Stanley, chief economist at Amherst Pierpont Securities LLCsaid. “The fundamentals for the consumer are so overwhelmingly positive with household balance sheets, employment and now you add tax cuts, unless there’s a big swing in refunds I don’t see this having a negative impact on the consumer.”

Mnuchin has tried to explain away data and anecdotal evidence that refunds over the first weeks of the tax filing season are lower than before the tax law was passed.

Changes to the available deductions and withholding tables mean that ultimately fewer taxpayers will get refunds this year but may have seen more money in each paycheck. The range of refund sizes is likely much wider than in past years because of the tax law changes and “less-than-perfect” new withholding tables, said Nancy Vanden Houten, a senior economist at Oxford Economics.

Cash-management bills issued by the Treasury Department indicate that just under $50 billion in tax refund checks will be paid over the next few days, projects Lou Crandall, chief economist for Wrightson ICAP LLC.

“We’re going to continue to hear stories about people appalled by their tax returns because” the law creates winners and losers, he said.

The IRS estimates it will send out about 2.3 percent fewer refund checks this year. Instead, those who received a tax cut — about four in five taxpayers, according to the Urban-Brookings Tax Policy Center — received it in their paycheck last year because less was withheld. However, smaller or non-existent refunds have been frustrating to taxpayers who have become accustomed to receiving a check each filing season.

“You can tell people you gave them a tax cut,” said Christopher Faricy, a political science professor at Syracuse University. “But if they don’t believe it and their refunds are smaller, it’s a hard sell politically.