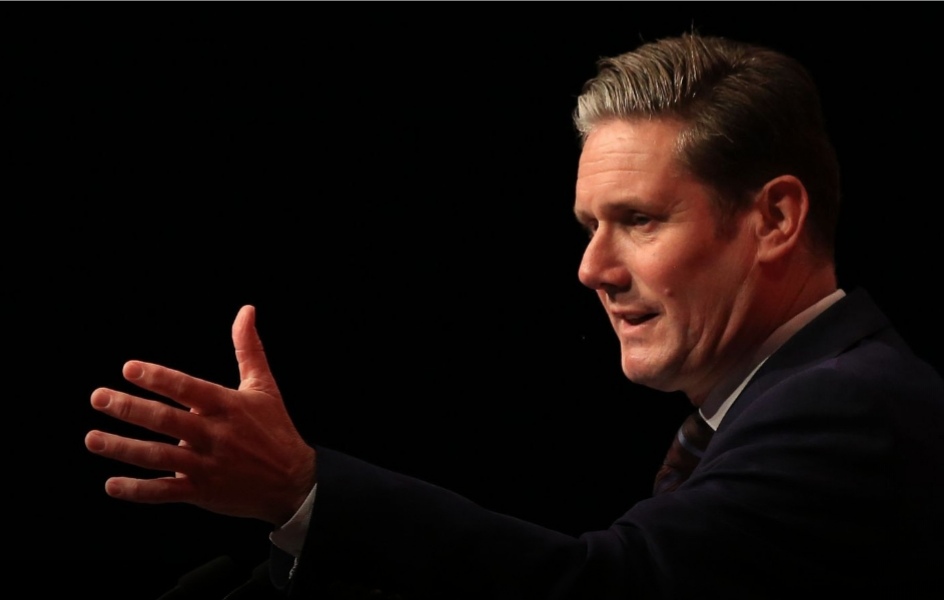 Labour wants a choice between “a credible Leave option” and Remain – with a public vote on the PM’s deal if it passes.

Labour’s Sir Keir Starmer has told Sky News a second EU referendum should be a “basic choice” between a “credible Leave option and Remain” – but voters should not have the option of a no-deal Brexit.

Labour have announced their support for a fresh public vote on Brexit to prevent a “damaging Tory Brexit being forced on the country”.

Sir Keir, the party’s shadow Brexit secretary, explained how Labour would set out their “alternative plan” for a Brexit deal to the House of Commons on Wednesday, which includes a permanent customs union with the EU.

However, if that fails to attract the support of a majority of MPs, Labour will then support or put forward their own proposal in favour of a referendum in order “to prevent a Brexit on the prime minister’s red lines” or the possibility of a no-deal departure.

Labour have opposed Theresa May’s commitment to leaving the EU’s customs union and single market and urged the prime minister to rule out the UK leaving the EU without a withdrawal agreement.

Setting out what options Labour believe a second EU referendum should include, Sir Keir told Sky News: “The basic choice needs to be between a credible Leave option and Remain.

“So that means if the prime minister gets a deal through, that should be subject to the lock of a public vote.”

Asked whether a public vote would also include the option of a no-deal Brexit, Sir Keir added: “No it wouldn’t. We’ve said for a long time no deal would be disastrous for the country. Pretty well every business says that.”

Despite backing Remain ahead of the 2016 Brexit vote, Labour’s manifesto at the next year’s general election said the party “accepts the referendum result”.

Sir Keir denied Labour’s backing for a fresh public vote on Brexit now represented a betrayal of that promise, as well as Leave voters.

He said: “We made a commitment to respect the outcome of the referendum, we triggered Article 50 which was not easy for the Labour Party on that basis.

“But we also made a commitment that we would not accept the prime minister’s red lines or a deal along those lines, and that we would do all that we could to prevent no deal.

“Now we’ve got to the stage where we’re presented with the prime minister’s red lines or no deal.

“Our manifesto said we should take all necessary steps to prevent that.

Labour leader Jeremy Corbyn revealed the party’s support for a second EU referendum at a meeting of his MPs on Monday night.

However, he did not say what options would be on the ballot paper in such a public vote.

It has been reported Mr Corbyn moved on the issue amid warnings up to 60 backbench MPs and a dozen shadow ministers could quit Labour.

Nine Labour MPs have already resigned, with most joining the new Independent Group in parliament, as they expressed anger at the party’s Brexit stance and response to antisemitism allegations.

Labour’s shift to support a second EU referendum has been heavily criticised by the party’s Brexit-supporting MPs.

He told BBC Radio 4’s Today programme: “Voters won’t have it. The last person to renege on their manifesto was Nick Clegg, it didn’t end very well for him on tuition fees.

“Our manifesto was unambiguous, we would accept the result of the referendum. A second referendum doesn’t do that and the voters – in very, very large numbers – will not accept that.”

Mr Mann warned supporting a fresh vote on Brexit would be “catastrophic to Labour in the Midlands and the north”.