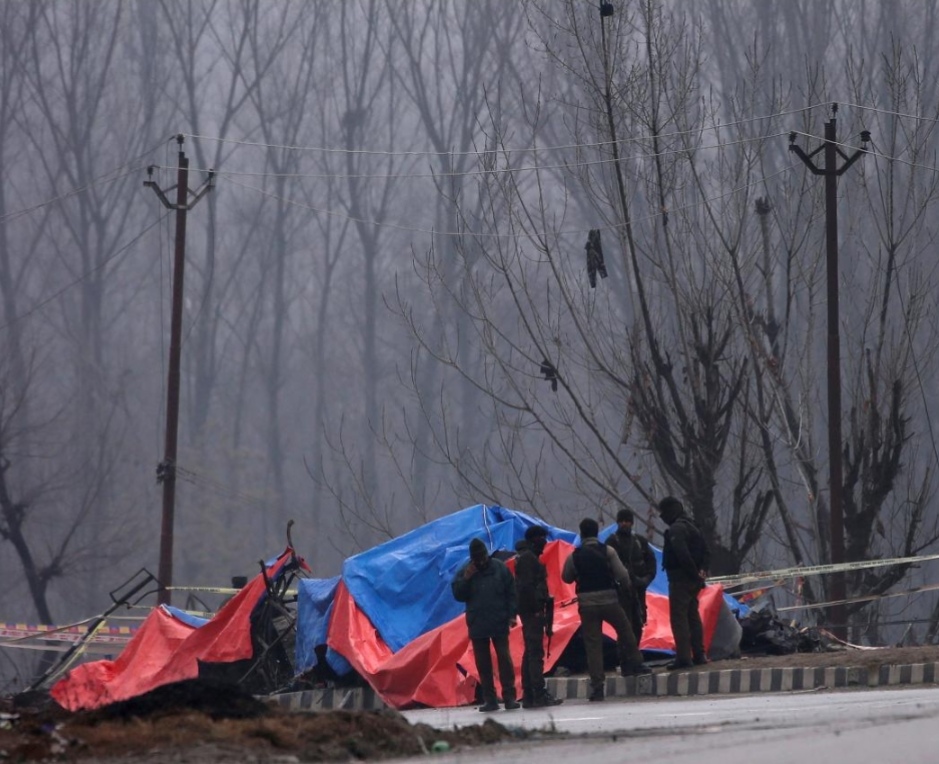 Forensic and security officials stand next to the wreckage of a bus after a suicide bomber rammed a car into the bus carrying Central Reserve Police Force (CRPF) personnel on Thursday, in Lethpora in south Kashmir’s Pulwama district, February 15, 2019

By Hamid Shalizi and Rupam Jain in Kabul

Afghanistan’s Foreign Ministry summoned the Pakistani ambassador on Wednesday over his remarks that Afghan peace talks could be affected if India resorted to violence after last week’s attack on Indian paramilitary police in Kashmir.

In a statement issued after the meeting with Ambassador Zahid Nasrullah, the Foreign Ministry said it deemed his comments to be “in contradiction with Pakistan’s commitments with regards to realizing peace in Afghanistan”.

Tensions between India and Pakistan have risen sharply since the suicide bomb attack in the disputed Kashmir region, which the Pakistan-based Jaish-e-Mohammad militant group claimed responsibility for. India has blamed Pakistan, saying Islamabad has not done enough to control militants based on its soil.

Pakistani authorities have denied any involvement in the attack. Nasrullah said on Tuesday that any attack by India would “affect the stability of the entire region and impact the momentum” of the Afghan peace effort.

U.S. envoys say Pakistan has an important role to play in the peace effort, given its links to the Taliban. At the same time, a former deputy Afghan defense minister said on Tuesday that Nasrullah’s remarks would anger local government officials, saying it played into fears that the country’s long-running civil war is a proxy for rivalries by regional powers.

The Afghan statement said the government “once again calls on Pakistan to act upon its commitments with regards to Afghanistan, particularly those in relation to peace and refrain from making irrelevant statements that do not help solve any problem”.

Taliban representatives are due to meet U.S. special peace envoy Zalmay Khalilzad in Qatar on Feb. 25 in the next round of talks. The Taliban has refused to allow the participation of the Afghan government, which it regards as a U.S. puppet.

Troubling or not, Penn show is a treat. To more information lovekiev.com