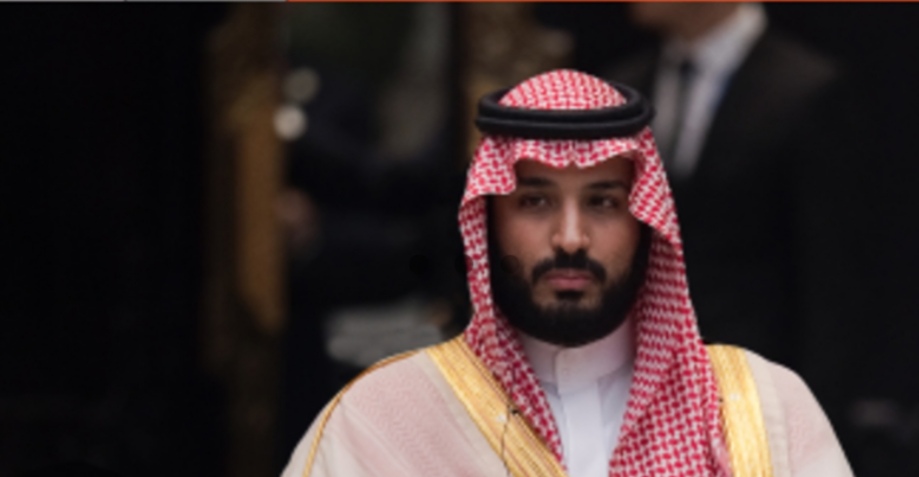 With relations tangled in the U.S. over the murder of critic Jamal Khashoggi, Mohammed bin Salman is enjoying some hospitality elsewhere.

Saudi Crown Prince Mohammed Bin Salman was among friends the moment he entered Pakistani airspace to start a grand tour of Asia. A fleet of F-16 fighter jets escorted his royal plane and a car chauffeured by none other than the prime minister awaited him on the ground.

The warm welcome was a reminder of how reliant Pakistan is on Saudi money to avert yet another financial crisis, with initial deals worth $20 billion inked on the first day alone. Yet the cordiality also threw into sharp relief the Saudi leader’s strained relationship with western powers after the killing of critic Jamal Khashoggi in October. 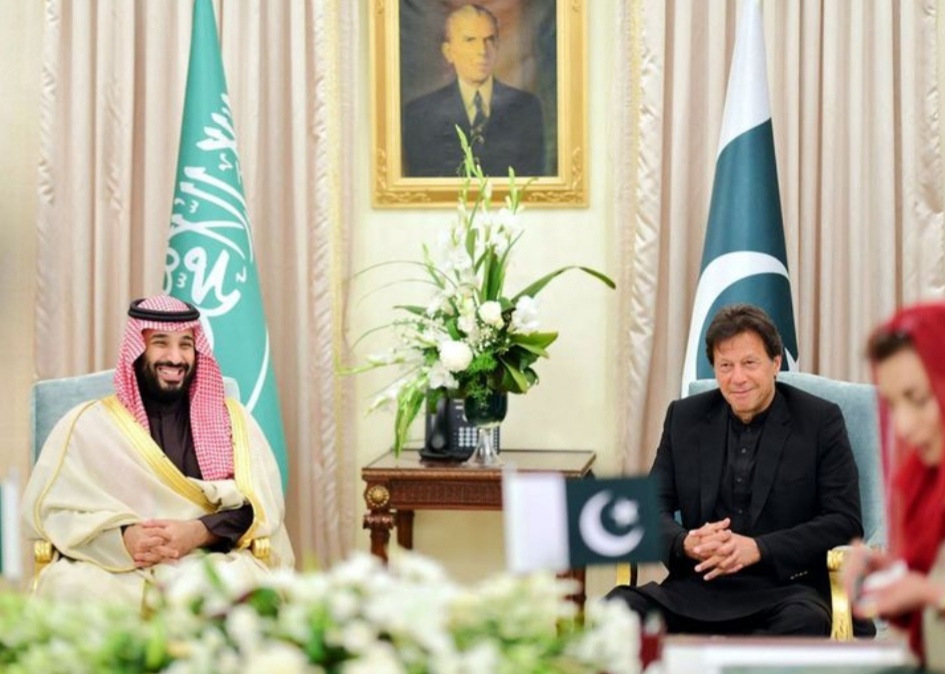 Mohammad bin Salman and Imran Khan in Islamabad on Feb. 17

Saudi ties with Asian countries have transformed over the past decade as they displaced the U.S. as the kingdom’s main oil buyers. Indeed, the 33-year-old leader will be embraced on every stop of his trip just as his father, King Salman, was received two years ago.

But as Prince Mohammed tries to remake the conservative monarchy and challenge Iran for dominance in the Middle East, no amount of pomp and ceremony in Asia can mask the need to repair relations with Washington.

The kingdom’s links with Asia “are largely transactional,” said Robert Jordan, a former U.S. ambassador to Saudi Arabia. “They are not security relationships. And none of the Asian countries are really in a position to provide any kind of security umbrella for the Saudis should they face an existential threat.”

Just days before the start of the crown prince’s Asia trip, the Democrat-controlled House of Representatives voted to direct President Donald Trump to withdraw U.S. forces from the Saudi-led conflict in Yemen.

Several lawmakers in the Senate, including prominent Republicans, have threatened to impose sanctions against the kingdom after the murder and dismembering of Khashoggi by government agents in the Saudi consulate in Istanbul.

Tom Barrack, a long-time friend and ally of Trump, caused an uproar last week by declaring it a mistake to judge Saudi Arabia for Khashoggi’s death. Barrack, who often appears on television to counter criticism of Trump’s statements and policies, quickly apologized and stated the killing was “reprehensible.”

“Clearly the U.S.-Saudi relationship is going through a difficult time and no doubt with the Democratic majority in the House a lot of these issues will be intensified,” said Marcelle Wahba, a former U.S. ambassador to the United Arab Emirates who is now president of the Arab Gulf States Institute in Washington.

“So of course traveling to the Far East certainly will be a reprieve for him,” she said. “But concerns over the war in Yemen, Khashoggi’s murder, and the women activists imprisoned, are not going away in the U.S.”

The importance of Saudi oil supplies to the U.S. – a key element in the relationship dating back to the 1945 meeting between King Abdul-Aziz Al Saud and President Franklin D. Roosevelt – has waned with the rise of U.S. oil output. The kingdom, on the other hand, remains a major buyer of American weapons and much of its global investments are denominated in dollars.

Prince Mohammed has the support of Trump and Jared Kushner, his influential son-in-law. They see the Saudi royal as a key element in a U.S. push to isolate Iran. Earlier this month, the White House said the president may ignore a congressional request that he determine whether Saudi Arabia’s government was responsible for Khashoggi’s murder. Saudi officials have repeatedly distanced the crown prince from the killing.

“Saudis are seen as the central bulwark against Iranian expansion,” said Jordan, the former ambassador.

That said, the tour of Asia comes at a useful time for the Saudi prince to burnish his image abroad. Banners and posters welcomed his arrival on Sunday in Islamabad, the Pakistani capital. Prime Minister Imran Khan, the cricket Hall of Fame member who won power last year, had his home redecorated to host his guest.

Khan was one of the few prominent foreign dignitaries who attended the Future Investment Initiative in Riyadh last year after western officials and bankers shunned the event following Khashoggi’s murder. Pakistan publicly supported Saudi Arabia during the international outrage.

The crown prince will also head to India and China. China overtook the U.S. as the kingdom’s biggest trading partner in 2013. The world’s most populous nation accounted for about 15 percent of all Saudi imports and exports last year compared with 8 percent a decade earlier, according to data compiled by Bloomberg.

China’s relations with Saudi Arabia were elevated to a new level under King Salman and President Xi Jinping after the two agreed to promote comprehensive strategic partnership in 2016.

The two countries have a mutual interest in doing business, said Li Guofu, director of the Middle East Studies Center at the China Institute of International Studies, which is affiliated with China’s Foreign Ministry. The Saudis are expanding their oil market and the Chinese are catering to the kingdom’s need for big-ticket infrastructure projects, he said.

The prince’s Asian trip “is somehow because the country’s relations with western countries worsened after Khashoggi’s death, but the deeper down it’s because Saudi foreign policy shifted to the east and is intended to strengthen cooperation with Asian countries,” said Guofu.

But closer links with China aside, the U.S. remains at the heart of Saudi foreign policy.

The Saudi government has been on a campaign to repair ties. The effort is led by the kingdom’s ambassador to the US, a brother of the crown prince, with a slew of pro-government analysts appearing on social media and television networks. The Saudi sovereign wealth fund also plans to set up offices in New York and San Francisco in a sign that the outcry over Khashoggi isn’t stopping plans to invest in the world’s biggest economy.

Citigroup Inc. and JPMorgan Chase & Co. were among banks that helped arrange the kingdom’s $7.5 billion bond sale in January. In the same month, JPMorgan was hired to advise on one of the country’s biggest bank mergers.

“The outreach and expanding of ties with Asia, and in particularly China and India, over the past decade is very important economically and also diplomatically,” said Wahba, the former ambassador. “But they don’t replace the relationship with the U.S.”