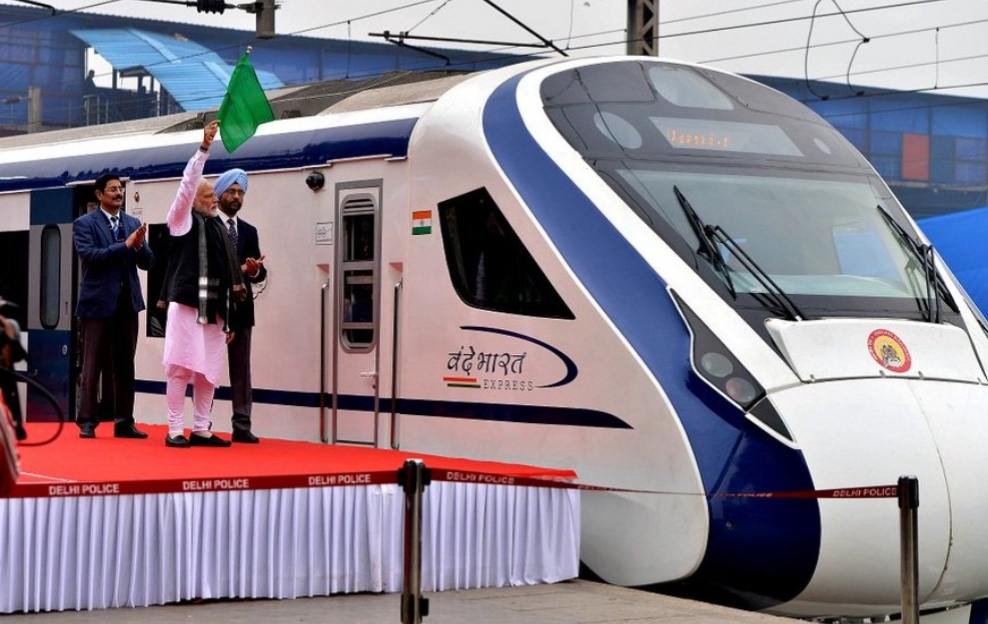 The snag was detected near the Tundla junction in Uttar Pradesh, around 200 km away from New Delhi.

“The train began making a weird noise Saturday morning after which its breaks jammed in one of the trailing coaches. Four coaches turned dead load, forcing loco pilots to halt,” railway officials said. “The train was making its way back to New Delhi, from where it was launched yesterday.”

Following the snag, the passengers on board, including railway officials and journalists, were shifted to a different train.

Railway ministry officials said the train would begin its commercial run from Sunday.

The engineless train, formerly known as Train 18, was flagged off on Friday from the New Delhi railway station for its inaugural journey to Varanasi. It had hit a top speed of 130 km per hour in its first journey.

The train manufactured by Integral Coach Factory in the period of 18 months under “Make in India” program can run up to a maximum speed of 160 kmph, officials said.

According to officials the train would reduce travel time on the New Delhi-Varanasi route to eight hours compared to 13-14 hours taken by other trains.