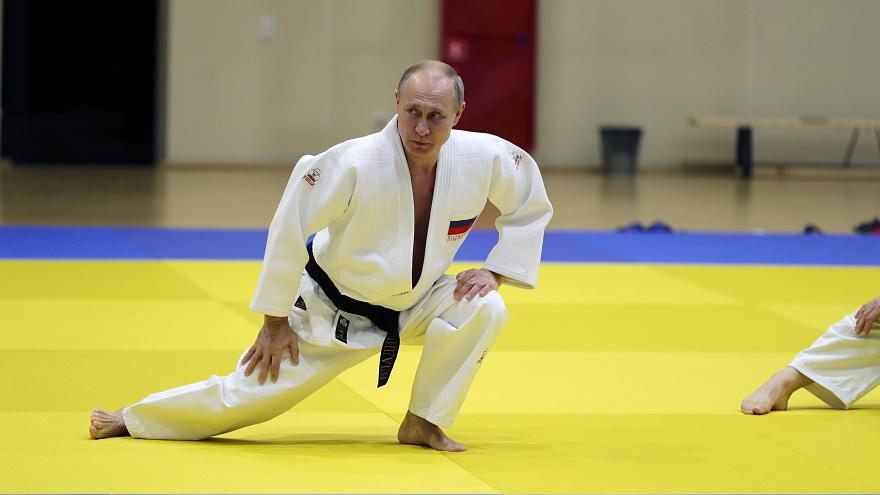 After complex discussions with Turkey and Iran about the future of Syria in Sochi, Russian President Vladimir Putin was up for a bit of exercise.

So the judo black belt joined his country’s national team for a warm up and training session in the city that hosted the 2014 Winter Olympics.

Russian TV showed Putin throwing one athlete after another to the floor. He was only toppled to the ground by a female judoka.

Russian news Agency RIA said Putin, 66, injured a finger during the training session but that did not prevent him from completing the drill.

Several Olympic champions were among his sparring partners.

Putin has long cultivated a tough-guy image and has previously been shown on TV playing ice-hockey, handling an Amur tiger, riding a horse and diving to the bottom of the Black Sea.