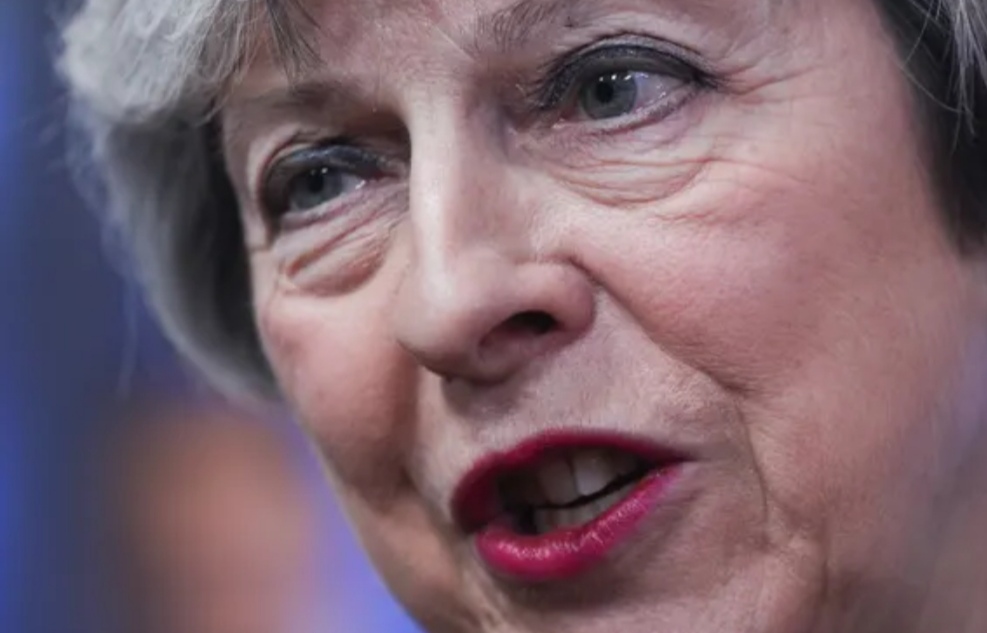 Theresa May has effectively ruled out Labour’s ideas for a compromise Brexit plan, shutting off another potential route to a deal as business groups warned that with less than 50 days to go the departure process was entering the “emergency zone”.

The prime minister’s formal response to Jeremy Corbyn’s proposal, in a letter to the Labour leader, stressed her objections to keeping the UK in some form of customs union, saying this would prevent the UK making its own trade deals.

But in an apparent renewed bid to win over wavering Labour MPs, May made a concession on environmental and workers’ rights, discounting Corbyn’s idea of automatic alignment with EU standards but suggesting instead a Commons vote every time these change.

The letter comes amid a growing presumption that while May remains officially committed to putting a revised Brexit plan to MPs as soon as possible, in practice this is unlikely to happen before the end of February, if not later.

The communities secretary, James Brokenshire, said on Sunday that if no finalised deal were put to the Commons by 27 February, MPs would again be given an amendable motion to consider, allowing them to block a no-deal departure or make other interventions.

“If the meaningful vote has not happened, so in other words things have not concluded, then parliament would have that further opportunity by no later than 27 February,” he told BBC1’s Andrew Marr Show.

But with the PM’s meetings in Brussels last week yielding no real hope of this, there had been speculation she might embrace suggestions from Corbyn, who last week outlined five commitmentsLabour needed for it to back a deal, including joining a customs union.

In her letter May argued that her own Brexit plan “explicitly provides for the benefits of a customs union” in terms of avoiding tariffs, while allowing “development of the UK’s independent trade policy beyond our economic partnership with the EU”.

She wrote: “I am not clear why you believe it would be preferable to seek a say in future EU trade deals rather than the ability to strike our own deals?”

May accepted a customs union could potentially have delivered her a Commons majority but at the serious risk of splitting her party. This was reinforced when Liz Truss, the chief secretary to the Treasury, indicated she would resign if this happened. She told Sky’s Sophie Ridge on Sunday show: “I absolutely do not think that should be our policy.”

In other parts of her letter May was more conciliatory, notably on environmental and workers’ rights. Here, she rejected Corbyn’s idea of “dynamic alignment” – automatically keeping the UK in step with EU standards – saying this should be a UK decision.

But she added: “In the interests of building support across the house we are also prepared to commit to asking parliament whether it wishes to follow suit whenever the EU changes its standards in these areas.”

If, as seems inevitable, May has no revised deal to put to MPs before Thursday, the government is committed to tabling another amendable motion, as happened in late January, when MPs passed up chances to extend the Brexit deadline or rule out no deal.

Thursday had been billed as a crunch moment, but those behind a series of amendments that failed to pass at the end of January have said they want to delay again.

With the deadline fast approaching, business leaders have called for quicker action. The head of the CBI, Carolyn Fairbairn, said the UK was “in the emergency zone of Brexit now” and the confusion would not just affect jobs and investment, but harm the UK as a long-term business destination.

“I think that the bigger thing that is going on is that there is also a real recalibration, if you like, of what the UK is like as a place to invest,” Fairbairn told Ridge.

Fairbairn said firms would welcome proposals such as that by Labour: “The issue now is time, and we are heading towards that cliff edge, so we need that deal.”

US firms have also started warning of the risks of no deal, with companies including Lockheed Martin, Expedia and food firm McCormick issuing formal stock market notices about consequences including higher costs and business uncertainty.