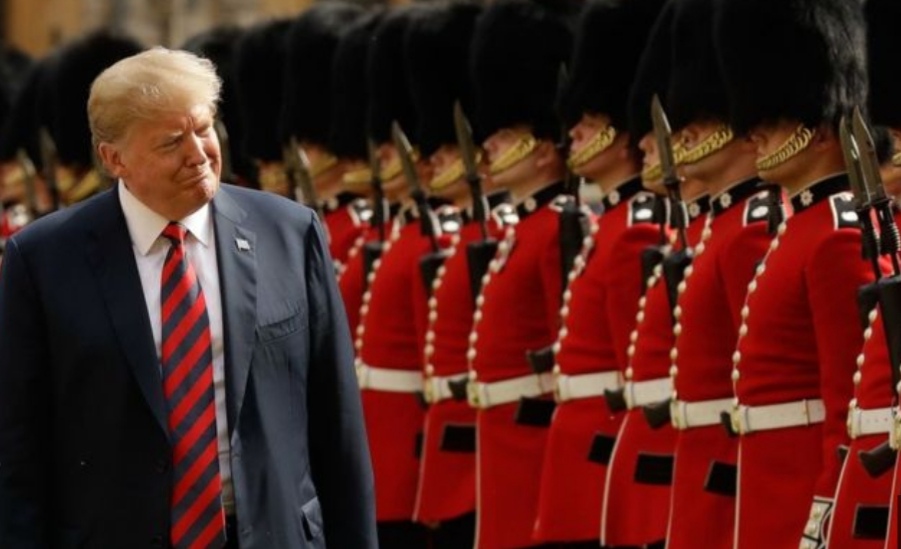 Donald Trump to visit UK in December for Nato summit

US President Donald Trump is expected to visit the UK in December for a Nato summit, the alliance’s secretary general has said.

Jens Stoltenberg said in a statement that “the Allies have agreed” to meet to discuss security challenges and how Nato can adapt to keep people safe.

Theresa May said it would be an “important opportunity” to modernise.

Mr Trump’s controversial first official trip to the UK took place in July 2018, amid a backdrop of angry protests.

The US president met the Queen at Windsor Castle and held talks with the prime minister at Chequers, while thousands of people marched through central London in protest at his visit.

The police operation for the visit cost an estimated £18m , according to the National Police Chiefs’ Council.

The announcement of Mr Trump’s December trip led the Liberal Democrats to say they would be “front and centre to protest his visit”, while the Green Party tweeted “we’ll be there to greet him”.

The US president, who has repeatedly criticised the military alliance, will meet heads of state in London – the home of Nato’s first headquarters.

Theresa May said: “The UK is one of the founding members of Nato and I am very pleased that the secretary general has asked us to host a meeting of Nato leaders this year to mark its 70th anniversary”.

Mr Stoltenberg said the UK continues to play a key role in the alliance, making “essential contributions to our shared security”.

Mr Trump has previously urged Nato to commit 4% of its annual output (GDP) to military spending – double the current target.

On Tuesday, he said in his State of the Union address that the US had been “treated very unfairly by friends of ours, members of Nato” over a period of years.

The announcement came as Nato states signed anagreement with Macedonia , clearing the way for the Balkan nation to become its 30th member.

Meanwhile, Mr Trump announced in his State of the Union speech that he will hold a second nuclear summit with North Korea ‘s leader this month.

Plans for a second summit have been in the works since the two leaders’ historic talks last year.

Mr Trump and Mr Kim’s meeting last June in Singapore was the first ever between a sitting US president and a North Korean leader.

Jerome Powell was a constant presence on Capitol Hill in his first year as Fed chairman, a CNBC analysis shows. >>> electionsobserver.com