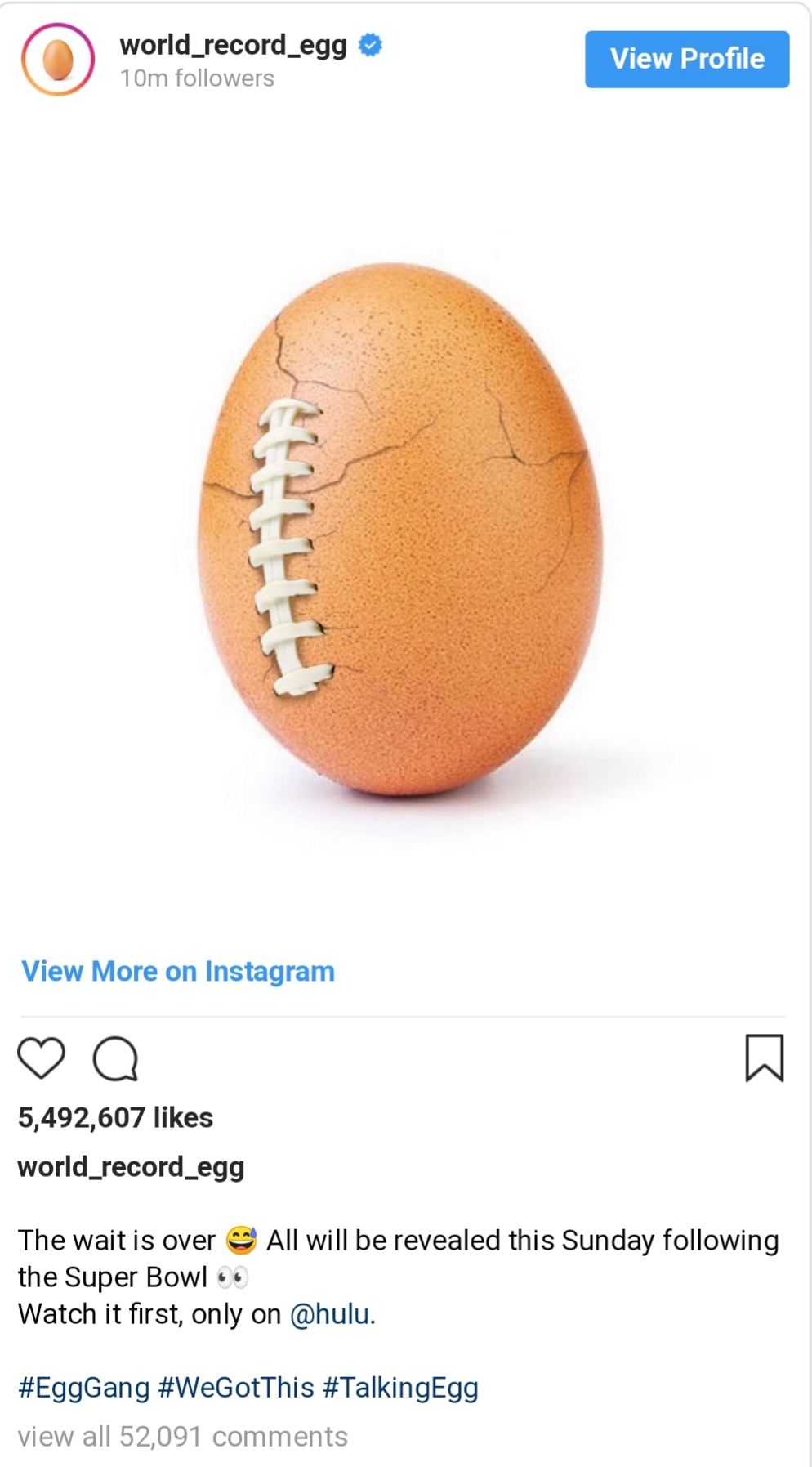 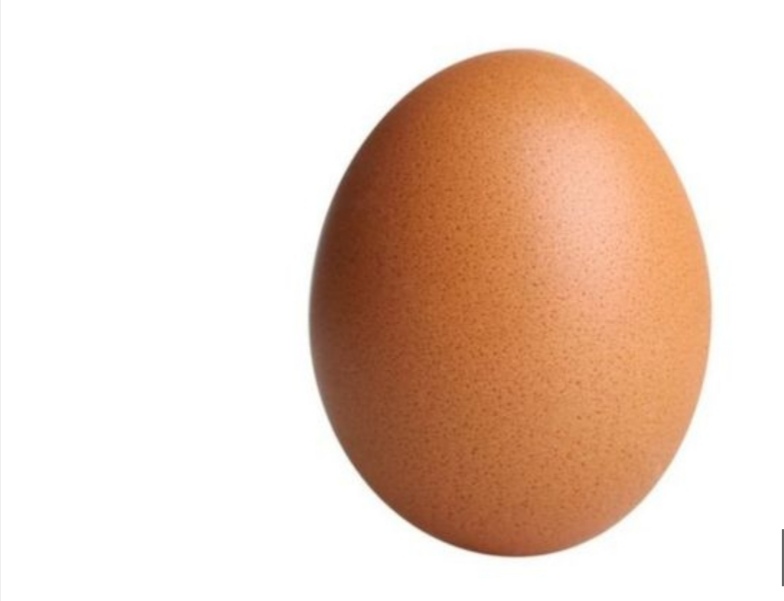 It’s been revealed that the picture of an egg – which is Instagram’s most liked photo ever – is part of a mental health awareness campaign.

The egg, known as Eugene, has now cracked after “feeling the pressure” of all the attention it’s received.

A message posted alongside the broken egg advises people to seek help if they feel the same way.

More than 52 million people have now liked the original picture, which was posted in January.

When the first image of the egg appeared online, it looked like it only had one aim – to stop Kylie Jenner being the “Queen of Instagram”.

The accompanying message said: “Let’s set a world record together and get the most-liked post on Instagram. Beating the current world record held by Kylie Jenner (18 million)! We got this.”

It took just nine days for Eugene to beat the reality TV star’s picture of her holding hands with her newborn daughter, Stormi. 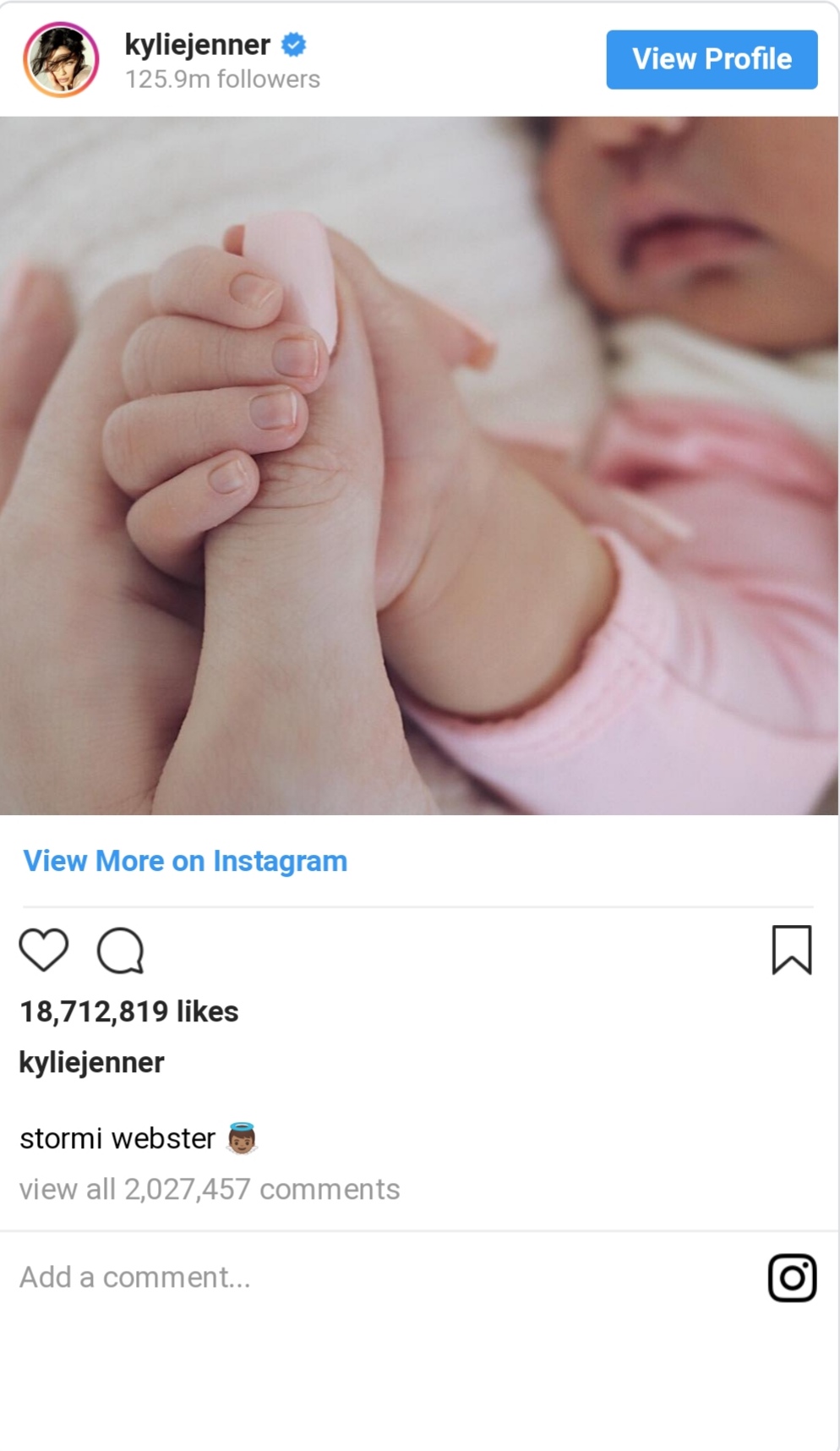 A total of six images of the egg – with varying levels of damage – have been posted from the account @world_record_egg since 4 January.

This latest post is a video showing the egg cracking alongside a caption that reads: “Phew! I feel so much better now. If you’re feeling the pressure, visit talkingegg.info to find out more. Let’s build this list together.”

It was actually broadcast first on streaming site Hulu as part of their Super Bowl coverage but now sits on the egg’s Instagram page.

A link then leads followers on to a website featuring a list of countries and the different mental health services available in those locations.

There had been a lot of speculation about who was behind @world_record_egg and how it managed to get so many likes so quickly.

Many believed it was a marketing ploy from a large company that had bought followers but British advertising executive Chris Godfrey has since claimed he created it, along with two others, and that their sole purpose was not to promote or advertise anything, just to get as many likes as possible.

Now that the egg has more than 10 million followers, it’s a very effective platform for reaching a lot of people.

The team behind it has not said if it was paid by Hulu for the campaign or whether the egg will promote anything further on Instagram.

Netflix’s Fyre Festival Documentary Is A Cautionary Tale Of Bad Leadership. To morecolormylife369.com