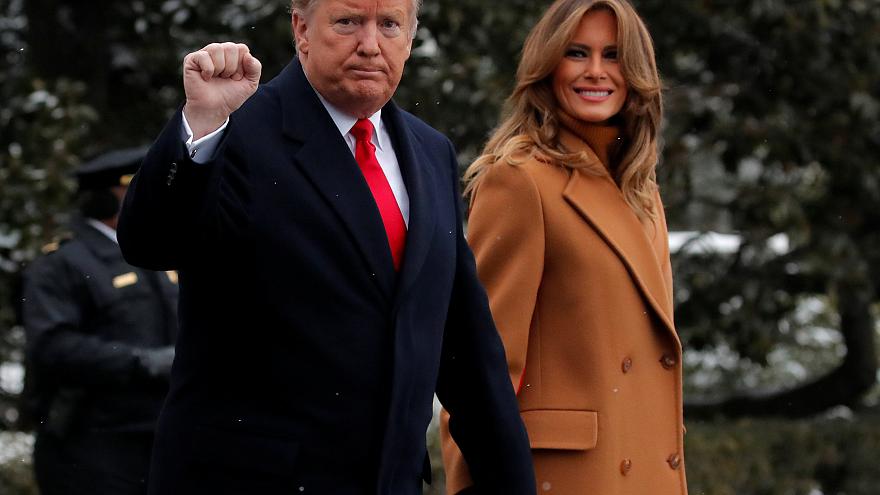 US President Donald Trump has said there is a ‘good chance’ of reaching a deal on denuclearisation with North Korea as the two countries prepare for a second summit.

His comments come as US Special Envoy for North Korea, Stephen Biegen arrived in South Korea for talks yesterday.

Last week Mr. Biegen said that Washington was willing to discuss ‘many actions’ to improve relations with Pyongyang and encourage it to give up its nuclear weapons.

In an interview with CBS News, the US President said details of his meeting with Kim Jong Un would probably be announced before or during his State of the Union address tomorrow:

He said he was hopeful a deal could be reached but that it wouldn’t be possible unless the country gave up its nuclear weapons:

The President’s comments come just days after his Director of National Security, Dan Coats, said that North Korea is ‘not likely’ to give up its nuclear weapons.

The remarks highlighting divisions between the US President’s policies and the thinking of the rest of his government.

Philip Yun, a former advisor to the US State Department worked on negotiations between the US and North Korea during the Clinton Administration.

He said there is a lot of pressure on Donald Trump to produce something more concrete at this second summit, given the somewhat lack of detail in the first. But the United States, he said, wants denuclearisation to happen a lot quicker than North Korea wishes:

“It’s unlikely that the North Koreans are going to give up all of their nuclear weapons any time soon. But I do think there is an agreement as to what the time frame is going to be and what critical steps they can do to show that their intentions are genuine and that’s what the topics of these conversations over the next few days will be.”

Although it is uncertain what concrete measures will be taken, Mr. Yun said that closing one of North Korea’s largest nuclear plants, Yongbyon, while setting the country back ‘years’, would be a huge step forward for diplomatic relations.