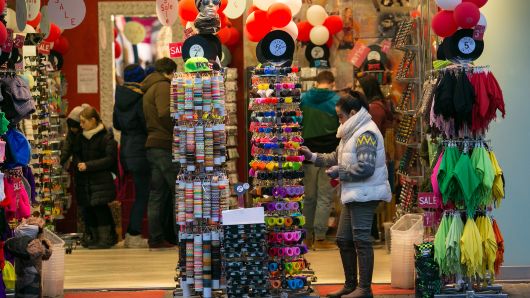 Euro zone inflation slipped as expected for a third consecutive month in January as the impact of higher energy costs abated, while the core rate slightly increased in a comforting sign for the European Central Bank.

The European Union’s statistics agency Eurostat estimated on Friday that prices in the 19-country currency bloc rose 1.4 percent in January, slowing from the 1.6 percent reported for December.

The slowdown was in line with the average expectation of economists in a Reuters poll.

The decline brings headline inflation well below the ECB’s target rate of below, but close to 2.0 percent.

However, the core indicator watched closely by the ECB for its monetary policy decisions, which excludes volatile energy and unprocessed food prices, did rise to 1.2 percent in January, above expectations of an unchanged 1.1 percent reading.

Inflation slowed mostly because of energy prices, which rose 2.6 percent year-on-year in January, after a 5.4 percent increase reported for December.

Eurostat’s release contained only figures for January, reflecting more detailed input data and a change in the way it deals with German package holiday prices. It said it would give revised numbers for previous months, reflecting these changes, on Feb. 22.

The flash estimate does not include a monthly calculation.

The 6 Best Luxury Hotels to See the Northern Lights this Winter. >>> trip-expert.com