Latest Articles
Home ECONOMY Brexit ‘Plan C’: what is in the Malthouse Compromise? 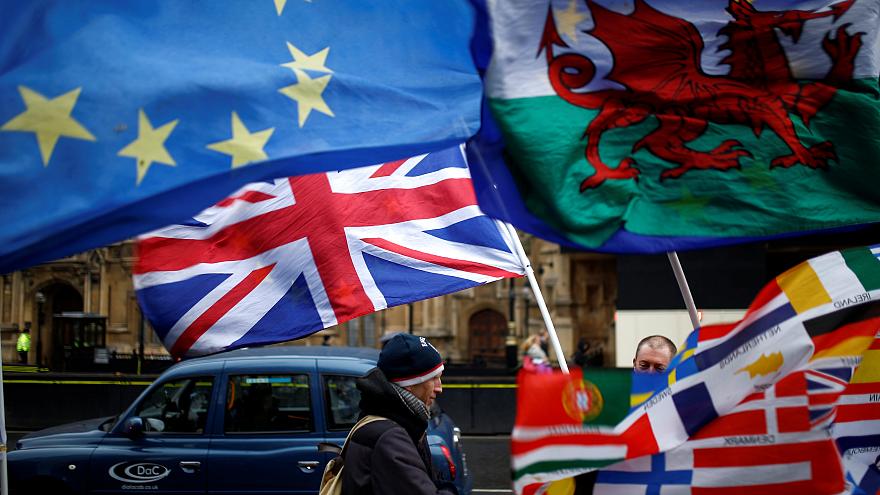 Brexit ‘Plan C’: what is in the Malthouse Compromise?

Amid the morass of parliamentary moves to influence the course of Brexit, a proposal has emerged that has raised eyebrows as it reportedly involved collaboration between both “Leave” and “Remain” wings of the bitterly divided ruling Conservative Party.

After the UK-EU Brexit deal was roundly rejected by the House of Commons earlier this month, individual politicians and groups of MPs have been tabling amendments to a government motion due to be voted on later on Tuesday.

The latest move – which does not form part of any of the amendments – has been tagged the Malthouse Compromise after the housing minister Kit Malthouse who helped to broker it.

What is in the Malthouse Plan?

The plan has emerged from talks between former Tory Remainers including current ministers and ex-Education Secretary Nicky Morgan, and hardline Brexiteers from the eurosceptic European Research Group (ERG) including Jacob Rees-Mogg and Steve Baker.

The most striking aspect is an apparent proposal to renegotiate the Irish backstop, effectively re-opening the Withdrawal Agreement that Brussels has always insisted is not to be reopened. According to a leaked document the plan now put forward is based on a Brexiteer report from December, entitled “A Better Deal”.

“Plan A” envisages an “extendable backstop” – as described by one of the paper’s backers – which would treat Northern Ireland on the same terms as the rest of the United Kingdom, and allow the UK to set its own tariffs and regulations. The report says technology can ensure an open border between Ireland and Northern Ireland. The backstop mechanism in the Withdrawal Agreement would keep the UK in a “single customs territory” with the EU.

The Malthouse plan would extend the transition period set out in the negotiated exit deal, from the end of 2020 until December 2021 at the latest. The offer guaranteeing the rights of EU citizens in the UK would be kept, and the UK would continue paying into the EU budget and obey its rules.

Should these proposals fail, “Plan B” would kick in – described as a “basic transition agreement” to run until no later than December 2021. This attempts to mitigate the worst effects of a no-deal scenario within which the UK leaves the EU without an agreement.

The UK would continue to offer the legal text of Plan A, bilateral cooperation in areas such as security. Citizens’ rights would be unilaterally guaranteed, and the UK would continue to pay annual EU budget contributions but would revise downwards its overall financial payments towards the minimum needed to meet international obligations.

“The point about this is that people like me want to avoid a no-deal outcome, a crashing-out on the 29th of March. We have to look for ways to do that, and we’re all prepared to compromise on that,” Nicky Morgan told BBC Radio.

What’s been the reaction?

The plan is said to have been relatively warmly received by Conservative MPs across the Brexit divide. However, the government has not come out to support it.

Downing Street has given its backing to an amendment seeking to replace the controversial Irish backstop with “alternative arrangements”, in a bid to secure a parliamentary mandate to take to Brussels.

However, the Democratic Unionist Party (DUP), which props up Theresa May’s government, has endorsed the Malthouse plan. Leader Arlene Foster said it “gives a feasible alternative to the backstop proposed by the European Union which would split the United Kingdom or keep the entire United Kingdom in the Customs Union and Single Market”.

It has been greeted warmly by some pro-Brexit MPs such as Iain Duncan Smith, and former Remainers such as Sam Gyimah who resigned from the government in protest at the negotiated Brexit deal.

However, some seasoned EU observers and trade specialists have reacted with scepticism. Doubts have been raised as to whether a transition period without a withdrawal agreement would be legally possible. David Henig of the think-tank the European Centre for International Political Economy (ECIPE) tweeted that the plan “is almost certainly a non-starter with the EU”.

European Union officials have repeatedly said they are not prepared to re-open the Withdrawal Agreement, which was negotiated over many months and contains the backstop as an integral part.

The Malthouse Compromise has provoked plenty of comment on social media, much of it derisory. One tweet has it dressed up as a movie poster, complete with a burning parliament in the background. Another compares the various Brexit plans to have emerged as “a never ending series of bad airport spy thriller titles”.

Consumers Will Regain Their Mojo Later In The Year. To more colormylife369.com