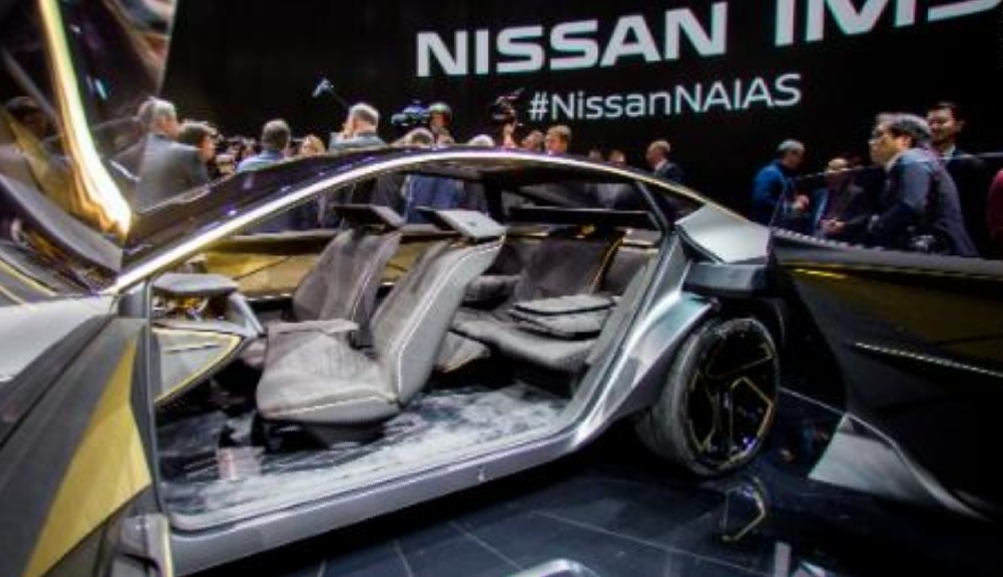 Nissan makes the best-selling electric car in the world to date. Over 380,000 Nissan Leafs have been sold, and that model is now in its second generation.

But the Leaf remains Nissan’s only widely available electric car.

In an encouraging sign that the arrest of its former CEO Carlos Ghosn has not deterred the company from pushing forward, Nissan (NSANF) has announced plans for eight new electric models by 2022. The automaker later unveiled the Nissan IMs concept car, which, according to Nissan North America Chairman Denis Le Vot, offered a look at what Nissan plans beyond 2022.

Nissan describes the IMs, which debuted at the North American International Auto Show in Detroit earlier this month, as an “elevated sports sedan.” It has plenty of concept car clichés — like structurally challenging center-opening doors, an impractical rectangular steering wheel, and seats that look like office chairs — features that will almost certainly not appear on any production model. While the car gives a sense of what designers are thinking, Nissan did not say that this concept presaged any specific new model.

The IMs is essentially a crossover SUV with a car shape. It doesn’t have a grill, since one isn’t needed on an electric car. Narrow headlights recreate Nissan’s signature V-shaped grill outline, but with the flat metal between them.

“We looked at Nissan’s heritage and realized that some of our most successful models, such as the first-generation Murano and our Z cars, all had very simple silhouettes,” said Alfonso Albaisa, Nissan’s senior vice president for design. 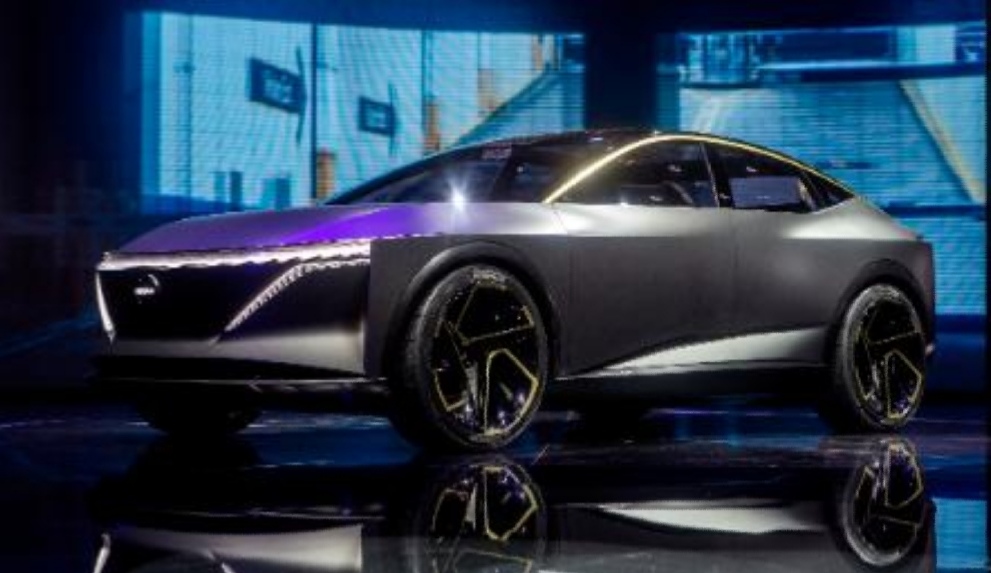 The Nissan IMs concept has a car’s shape but SUV-like capabilities, Nissan says.

A curved line of gold-colored aluminum along the edge of the roof was suggested by the arc of moonlight visible during a lunar eclipse, according to Nissan.
With concept cars, capabilities and specifications often exist only in a press release, but they can help illustrate what designers and engineers are working toward. As described by Nissan, the IMs has two electric motors producing a total of 483 horsepower and fully autonomous driving capabilities.
It has what Nissan calls 2+1+2 seating. The numerical name plays off of the term “2+2 seating” used to describe the interior layout of cars like the Porsche 911 with two adult-sized seats up front and two child-sized seats in the back. The IMs has two full-sized seats up front and another in the center behind them. There are also two slim folding back seats — one on each side — allowing the car to seat five, if needed.

The IMs has wide-opening doors to show off its interior, a feature that probably won’t make it onto a production car.
When the IMs is running in “autonomous mode” the steering wheel retracts into the dashboard and the front seats rotate toward one another, allowing the occupants to converse more naturally.
Nissan says the concept hasa 3D augmented reality system it calls Invisible-to-Visible. It relies on a system of sensors and cameras to detect things the driver might not be able to see, such as cars around corners or information about traffic up ahead. Drivers can also have a human-like 3D avatar give them directions, offer advice, or just talk. The avatar can be made to look like a family member or friend for company.
Steve Aoki, Martin Garrix, Hakkasan’s VP Of Marketing Discuss Trends In The EDM Industry. To know more agencieshub.com
Source: CNN