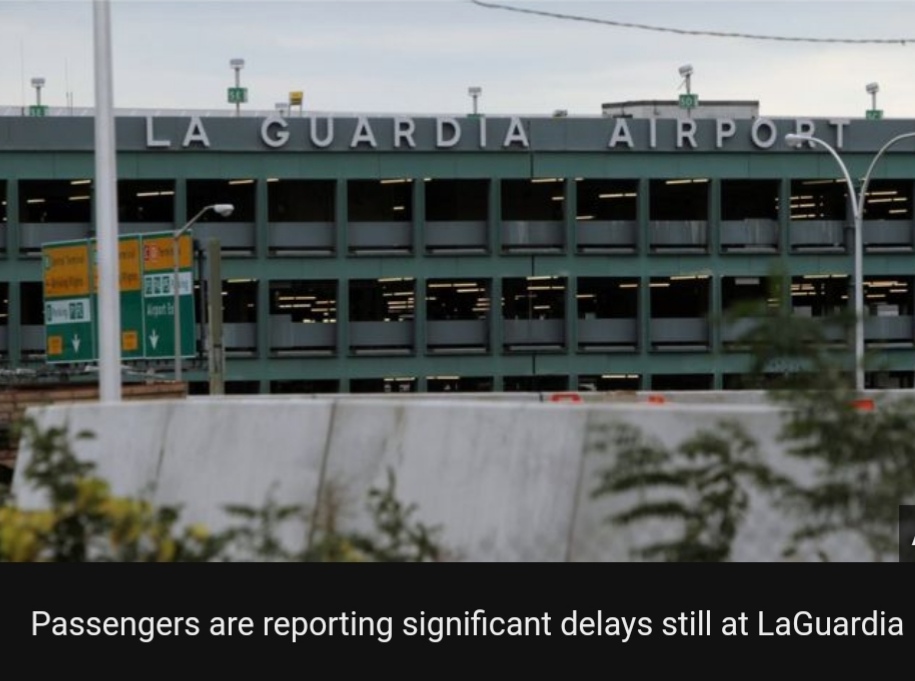 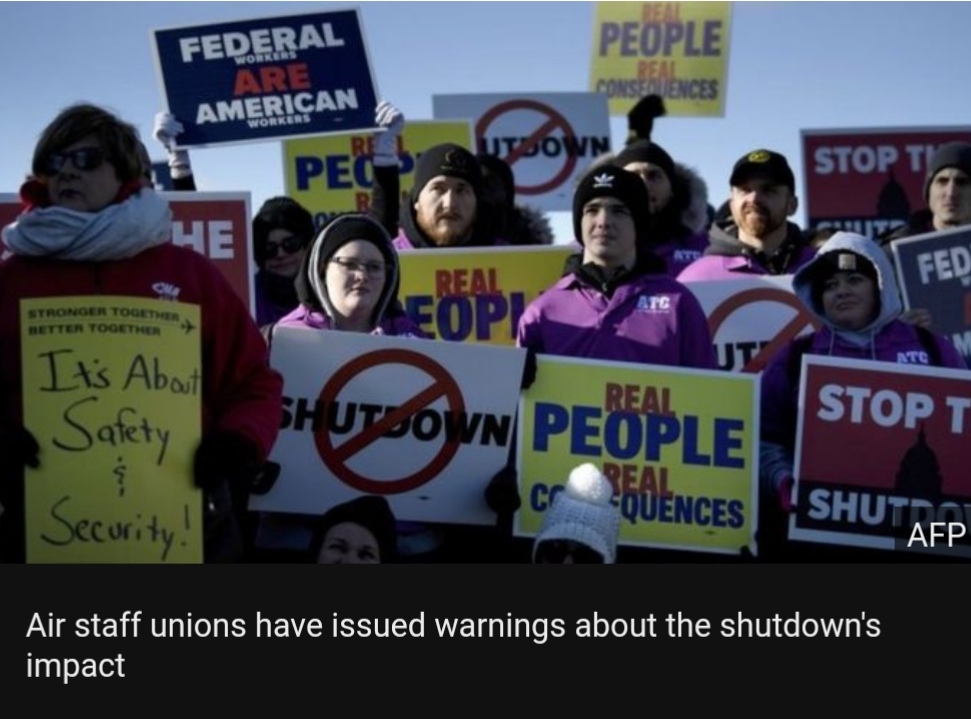 Staff shortages linked to the US government shutdown have caused significant delays to flights at north-eastern airports.

The closure means some federal staff, including air traffic controllers, are currently working without pay.

Nancy Pelosi, Speaker of the House of Representatives, has blamed President Trump for the disruption.

The delays come one day after air industry unions issued a stark warning about the risk posed to public safety.

“In our risk averse industry, we cannot even calculate the level of risk currently at play, nor predict the point at which the entire system will break,” air traffic control, pilot and flight attendant union leaders said in a joint statement.

In total about 800,000 employees have been working without pay, or have been temporarily laid off, since areas of the federal government shut down due to lack of funding 35 days ago.

President Trump has refused to approve any new funding agreement that does not include $5.7bn (£4.4bn) for his southern border wall.

Democrats in Congress refuse to approve wall funding, so the two sides are stuck at an impasse.

In a tweet on Friday, Mrs Pelosi appealed to the president to “stop endangering the safety, security and well being of our nation” and reopen the government.

How bad is the flight disruption?

The US Federal Aviation Administration (FAA) confirmed the temporary ground stop was lifted about 45 minutes later – but hundreds of flights there are disrupted.

In a statement, the FAA said a “slight increase” in sick leave absences at two air traffic control facilities had led to the schedule changes – which it said was to ensure safety levels were maintained. 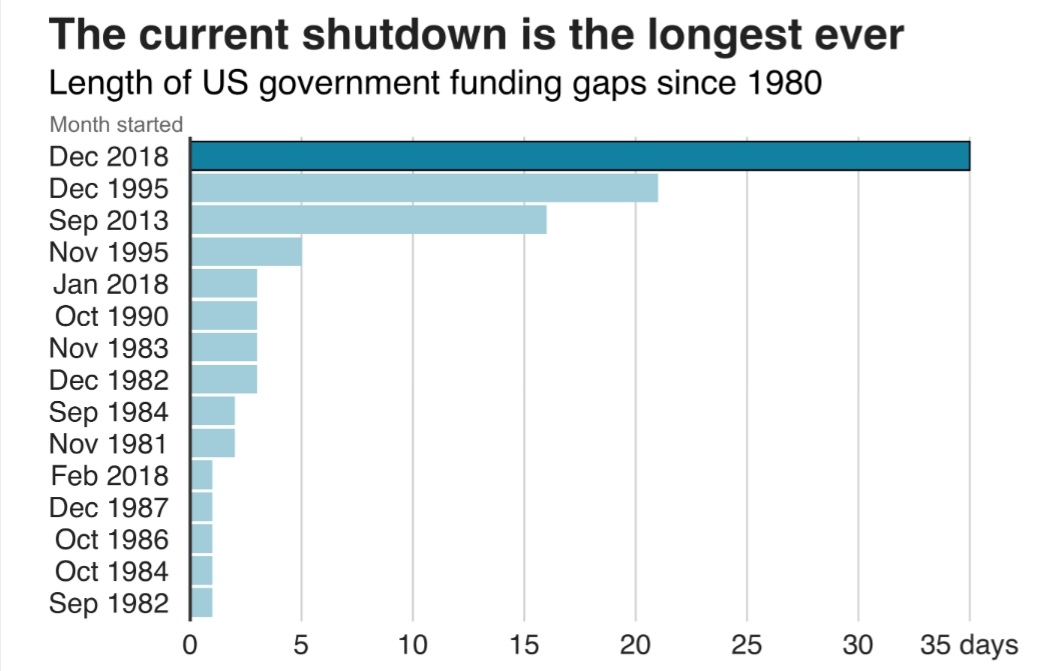 It said departure delays at Philadelphia, Newark and LaGuardia were linked to the shortages.

The FAA has advised the public to check with individual airlines for more information.

How badly is the shutdown affecting the airline industry?

There have been reports in US media for a number of weeks about increased levels of airport security staff calling in sick.

On Thursday, the CEO of JetBlue Airways said the impact on carriers from the shutdown had so far been limited, but warned it was nearing a tipping point.

Southwest Airlines head Gary Kelly has described the shutdown as “maddening” – estimating they have lost out on $10-15m (£7.5-11m) in January sales.

On Friday, the Association of Flight Attendants issued a blistering statement in response to the delays.

“The aviation system depends on the safety professionals who make it run. They have been doing unbelievably heroic work even as they are betrayed by the government that employs them,” President Sara Nelson said in a statement.

“They are fatigued, worried, and distracted – but they won’t risk our safety.”

“This shutdown must end immediately. Our country’s entire economy is on the line,” the statement ended.

When the shutdown started in December, there were plenty of reasons to dismiss it as more noise coming out of Washington.

This time around, only 25% of government funding was affected. And many of the employees had been ordered to work, even without pay, mitigating the impact on the wider public.

But as the stand-off extends into its second month, the delays reported at major airports on Friday were a sign that the shutdown can no longer be ignored.

The toll of missing pay cheques and suspension of government services has started to mount, and economists are hurriedly revising their cost estimates. Some are even warning that the shutdown could push the US into recession, should this man-made crisis last much longer.

What is the latest with shutdown?

Amid ongoing disagreement, there is no end in sight to the record-breaking closure.

On Thursday, the Republican-dominated Senate rejected two bills that could have ended it.

An Associated Press opinion poll ahead of the vote suggested the shutdown has had a negative impact on President Trump’s overall popularity – with six out of 10 Americans blaming him for it.

FBI agents have also raised the alarm about deteriorating conditions – warning resources are at a breaking point.

There are delays to thousands of US immigration hearings and many US national parks are reportedly struggling to stay open.

King of Malaysia gives up throne for new life with beauty queen. To more vanuatunewsnetwork.com