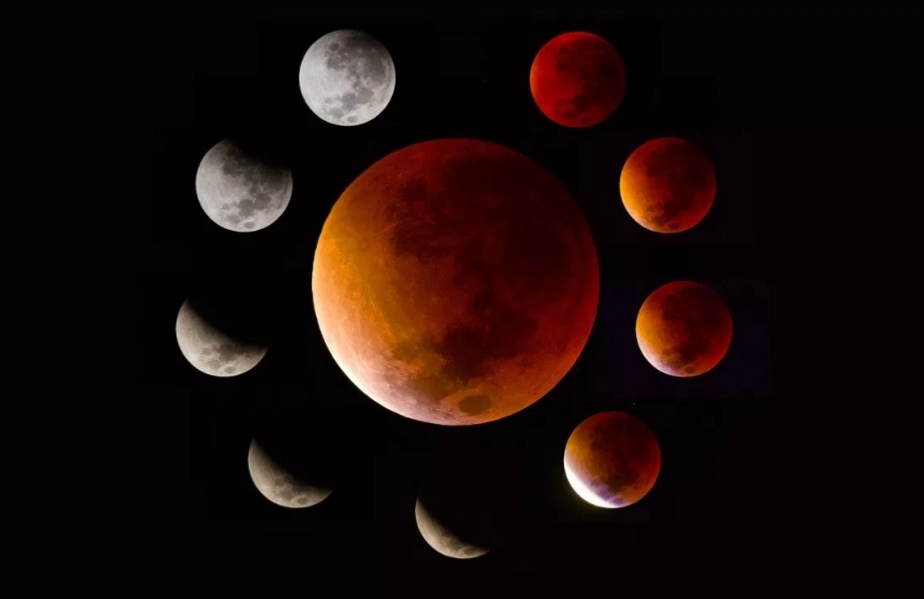 Thousands of stargazers have battled sub-freezing temperatures to catch a glimpse of a lunar extravaganza known as a super blood wolf moon.

The rare celestial event takes places when the moon is positioned slightly closer to the Earth than normal, and appears slightly bigger and brighter than normal – a phenomenon called a super moon. During the total eclipse, the moon was expected to give off a coppery red glow on the lunar surface as it slips into Earth’s shadow, known as a blood moon.

Since it appears in January, when wolves used to howl in hunger outside villages, it earned the name wolf moon, according to The Farmers Almanac.

The entire eclipse was visible from Britain, North and South America, and western and northern Europe.

The clearest views in the UK were across the far south east, or over many northern and western parts, the Met Office said.

One Guardian reader in London said: “Caught the partial reddening here in London but skies have since clouded over. Can’t see a break coming alas.” Another in Stratford-upon-Avon in the English Midlands wrote: “Clouds have rolled back and a great view of the eclipse.”

The optimum viewing time was around 5.12am in the UK, with the maximum eclipse coming as the moon was completely submerged within the Earth’s shadow.

“The moon will be red between about 4.40am and about 6.45am, so it’s actually more than an hour that you have to observe this blood moon phenomenon where the moon is totally eclipsed,” Tom Kerss, an astronomer from the Royal Observatory Greenwich, said.

Astronomers and skygazers were particularly interested in this year’s blood moon, as it was the last of its kind for two years.

The entire eclipse was expected to exceed three hours. Totality – when the moon is completely bathed in Earth’s shadow – was due to last an hour.

But in the US, many lunar eclipse festivities were cancelled due to a flash freeze across the central and northeastern states, with icy roadways rather than cloudy skies blamed by astronomers for spoiling the party.

Star gazers from Los Angeles to New York had planned to gather at parks and observatories to keep their eyes on the sky for the total eclipse. Instead, astronomy buffs were urged to witness the event live-streamed online at sites such as AstronomersWithoutBorders.org.

Days earlier, it seemed the biggest threat to the event was cloudy skies but it turned out a wet, wide-ranging snowstorm followed by a deep freeze on Sunday made driving and outdoor activities too hazardous. Eclipse parties were cancelled from Indiana’s Lemon Lake County Park to New Jersey’s Rowan University.

“It’s not the snow or cloudy skies, but rather the extreme cold, and what we fear may be hazardous travel conditions,” said Pennsylvania’s Carbon County Environmental Center, scrapping its party in Summit Hill, Pennsylvania.

The story was similar across Canada, where frigid temperatures kept many stargazers inside.

Unlike a solar eclipse, which requires eye protection to safely enjoy the view, no extra measures are needed to be taken for hazard-free lunar eclipse watching.

The blood moon’s red hue is the result of sunlight traveling through the Earth’s dusty, polluted atmosphere. The shorter, more pliable blue wavelengths of light are scattered outside the Earth’s shadow and the longer, less bendable red wavelengths are refracted toward the moon. 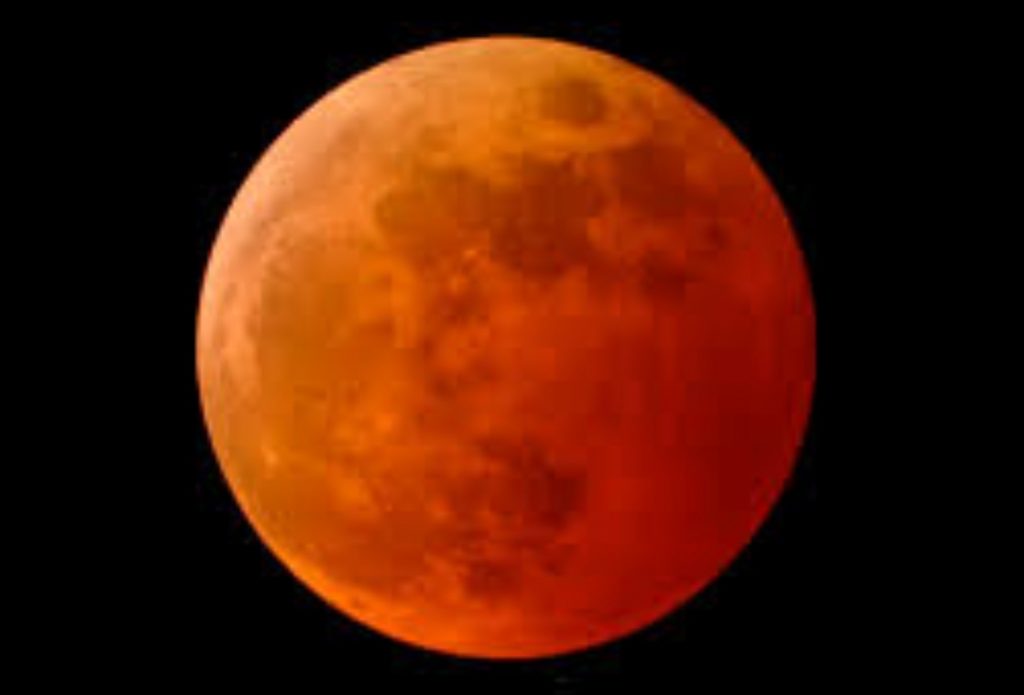