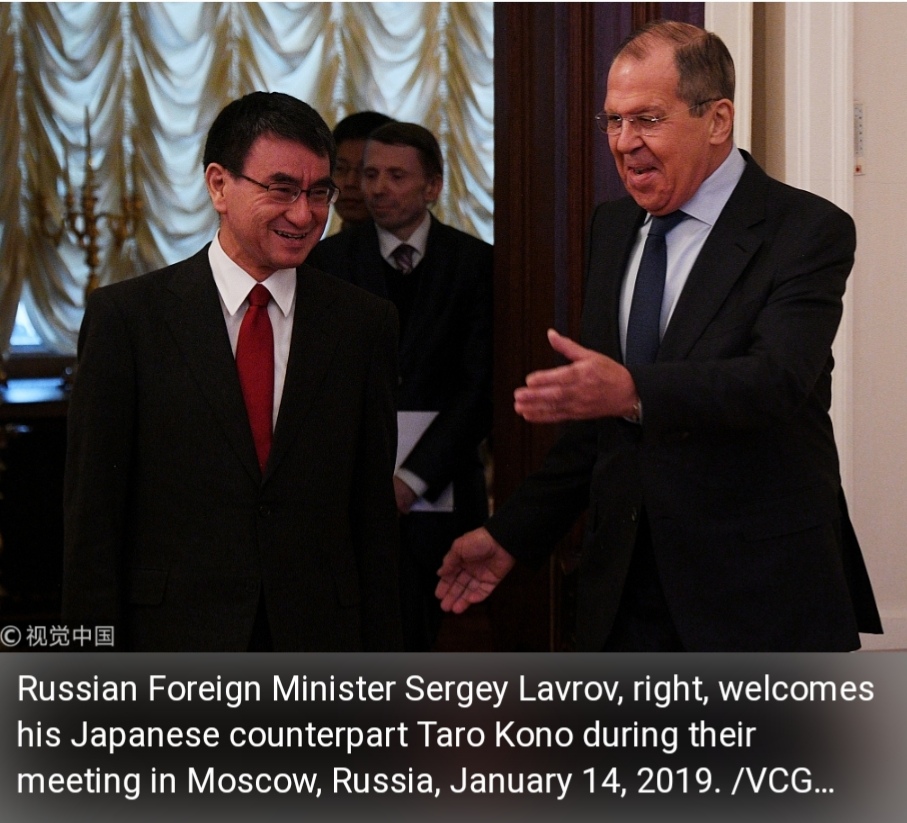 Tension builds up before Abe’s visit to Russia

Japanese Prime Minister Shinzo Abe is arriving in Moscow for a planned summit with Russian President Vladimir Putin on January 22. Abe and Putin have been meeting regularly as both Moscow and Tokyo continue to express hope for a long-awaited peace treaty to formally end the WWII, resolving among other problems the territorial issue of the four Pacific islands, called Southern Kurils in Russia and Northern Territories in Japan.

Japanese officials have been recently expressing optimism for the territorial issue to be soon resolved at least partially. That is the Shikotan Island and the uninhabited Habomai islets off the northern cost of Hokkaido will be handed over to Japan in accordance with the Soviet-Japanese Joint Declaration of 1956 that formally ended the state of war and established trading and diplomatic relations.

Tokyo has been for decades demanding Moscow return all the four Pacific islands including Kunashir, Iturup, Shikotan and Habomai Islands as a prerequisite of a peace treaty. Russian officials including Putin have previously indicated the 1956 agreement is still valid and the “two island solution” could be the basis of a future peace treaty. 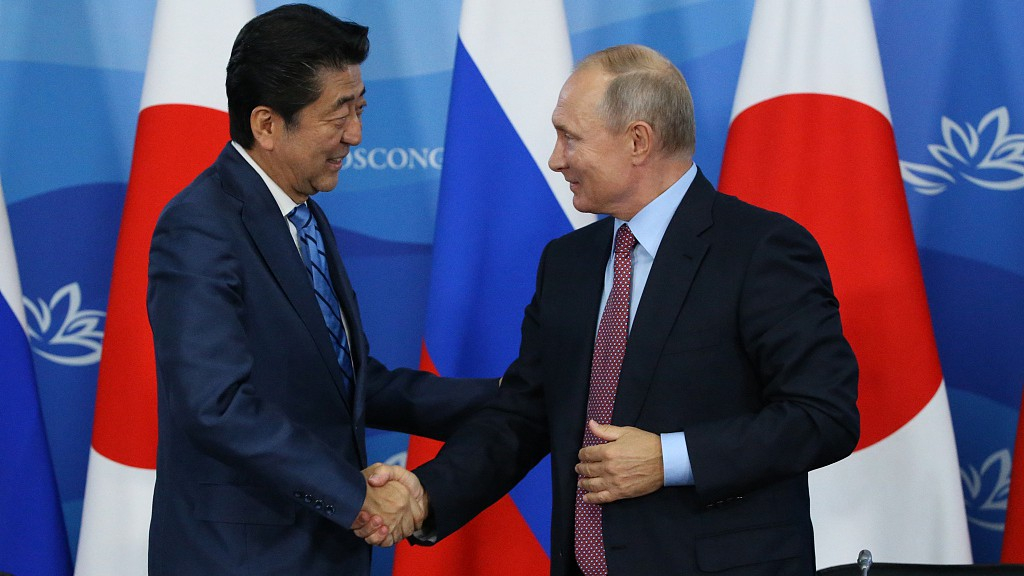 Today, when Tokyo seems to be expressing sudden interest in the “two island solution” involving Shikotan and Habomai, the Kremlin seems to be backtracking. The Russian officials have harshly criticized Tokyo for publicly highlighting Russia is ready to make territorial concessions to sign a peace treaty. Public protests were officially allowed in Moscow and in the Russian Far East castigating any transfer of any territory to Japan.

Both Moscow and Tokyo seem to be genially interested in an overall improvement of relations and resolving the territorial conundrum, but the underlying strategic intentions of Russia and Japan are dramatically different. Moscow wants Japan to become a source of investment and technological transfers to help develop the Far East and the four Pacific islands. 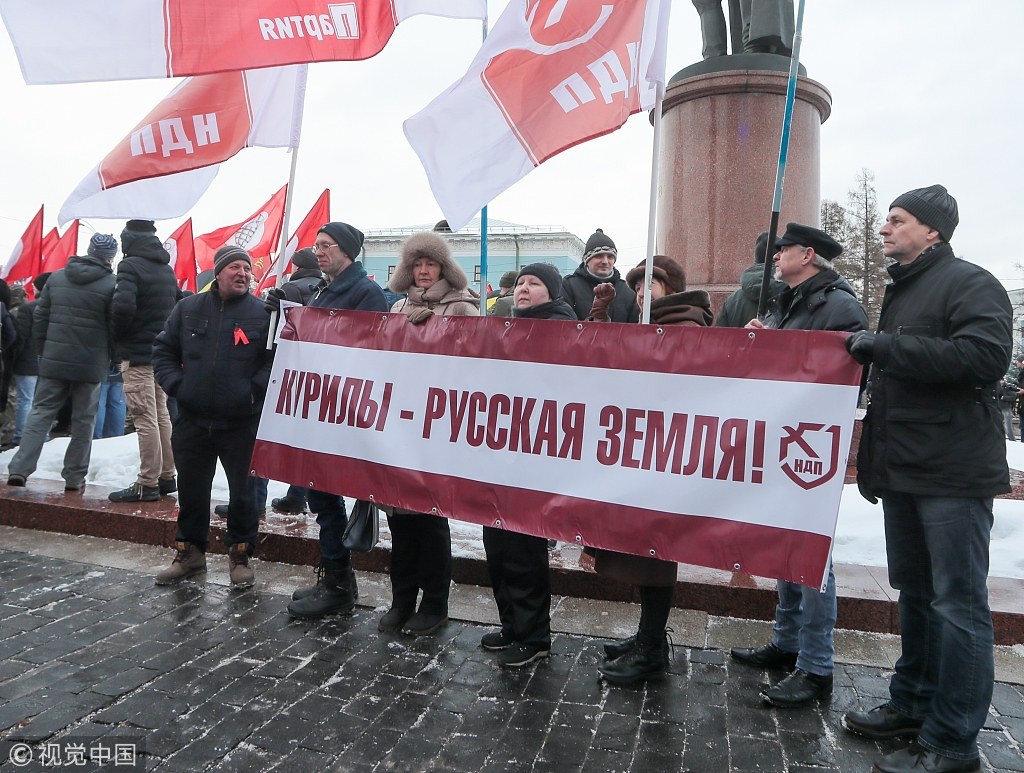 Protesters hold a banner reading “The Kurils belong to Russia!” as they rally against handing over the four Pacific islands, called Southern Kurils in Russia, to Japan, in Moscow, Russia, January 20, 2019.

Even more importantly, Russia today, as in 1956 when it initially agreed to the “two island solution,” wants to weaken as much as possible Japan’s close alliance with the U.S.

The Russian military see the four Pacific islands chain including Kunashir and Iturup as a strategically vital asset controlling access to the Sea of Okhotsk in which Russian strategic nuclear ballistic-carrying submarines are deployed on patrol as the most reliable component of the Russian reply nuclear deterrent aimed at the U.S. The loss of sovereignty over any part of the four Pacific islands that could undermine overall nuclear deterrence is seen as absolutely unacceptable by the Russian military.

Tokyo has been expressing hope the U.S. will facilitate a Japanese-Russian rapprochement that could in turn help form a regional Russia-Japanese-U.S. alliance to contain China. But it’s clearly against Russia’s basic national interests to become part of any anti-Beijing coalition, while Japan, in turn, has no intention to undermine its long-term alliance with the U.S.

Despite all the nice words and proclamations of friendship by Putin and Abe, the underlying strategic intentions of Japan and Russia are fundamentally diverse. Finding some magic formula to solve the island territorial issue will not help reconcile these differences. Of course, both Putin and Abe will continue to issue friendly communiqués, since no one wants an ugly public row. But papering over the continued acute differences between Russia and Japan is still an uphill job.