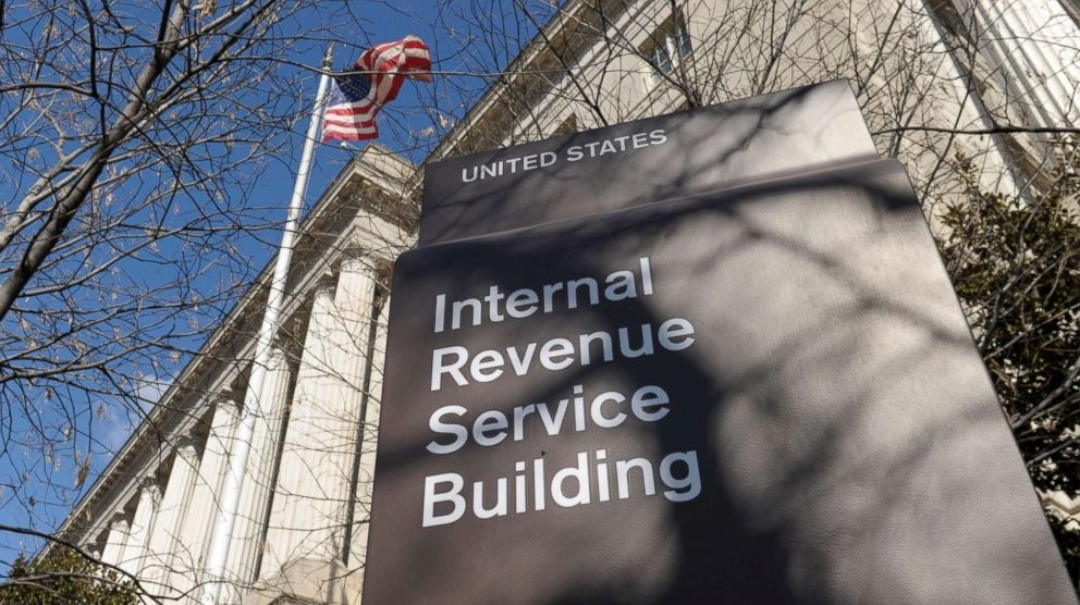 The broader impact of the shutdown on the U.S. economy may be double what was projected, White House economists confirmed on Wednesday, Day 26 of the political standoff.

Meanwhile, thousands of employees have been called back to work without pay because of the risks posed for their agencies if, for example, airports continue to run with fewer aviation safety inspectors or the IRS heads into tax season down almost 60 percent of its workforce.

On the political front, no high-level talks with Democratic leadership are scheduled in the stalemate over the president’s demand for billions in funding for a border wall that Democrats refuse to agree to, although a bipartisan group of House members arrived to meet with the president mid-morning.

Here’s a look at the effects.

Seven Democrats are attending a bipartisan meeting at the White House

Democratic members of the bipartisan Problem Solvers Caucus — Reps. Josh Gottheimer, Thomas Suozzi, Vincente Gonzalez, Anthony Brindisi, Dean Phillips, Max Rose, and Abigail Spanberger — met at the White House to sit down with Trump in the Situation Room about the shutdown. Entering the meeting, the members said they planned to tell the president that the conversation about “some of our country’s toughest problems” can “only begin in earnest once the government is reopened.”

“We accepted the White House’s invitation to meet today to convey that message,” a group statement read.

In a letter to the president, House Speaker Nancy Pelosi proposed the delay because the U.S. Secret Service and the Department of Homeland Security, the agencies designated to provide security for the Jan. 29 event, and have not been funded for 26 days.

“Sadly, given the security concerns and unless government re-opens this week, I suggest that we work together to determine another suitable date after government has re-opened for this address or for you to consider delivering your State of the Union address in writing to the Congress on January 29th,” Pelosi wrote.

A White House spokesperson confirmed early Wednesday that the administration has updated its projection of how much impact the ongoing partial government shutdown is having on the U.S. economy — doubling the projected negative impact on growth. The increase was first reported by the New York Times.

The estimated impact is that the ongoing shutdown is shaving 0.13 percentage points off quarterly economic growth each week it continues, according to the White House official, and the updated model changed to include the estimated impact from contractors that are not working because of the shutdown – a number they said is harder to estimate — in addition to furloughed federal workers.

Even more federal workers called back to work without pay, now within the Department of Agriculture

After it was announced Tuesday that tens of thousands of IRS personnel would return to work to process refunds, along with air traffic controllers and food inspectors, the Agriculture Department said Wednesday it would recall about 2,500 employees to process farm loans.

The latest estimate of workers required to report to duty without pay was 450,000 as of Friday, according to the office of Democratic Sen. Patrick Leahy, vice chair of the Senate Appropriations Committee. The tens of thousands of workers recalled this week is likely to push that number closer to a half a million, assuming the shutdown continues through the end of the month.

Even more federal workers called back to work without pay, now within the Department of Agriculture

After it was announced Tuesday that tens of thousands of IRS personnel would return to work to process refunds, along with air traffic controllers and food inspectors, the Agriculture Department said Wednesday it would recall about 2,500 employees to process farm loans.

The latest estimate of workers required to report to duty without pay was 450,000 as of Friday, according to the office of Democratic Sen. Patrick Leahy, vice chair of the Senate Appropriations Committee. The tens of thousands of workers recalled this week is likely to push that number closer to a half a million, assuming the shutdown continues through the end of the month.

Graham gave credit to his colleagues across the aisle, who he said will cooperate on border security but want to be able to hold up their end of the deal.

“There are plenty of Democrats who are willing to help the president meet his priorities in a reasonable fashion if they get something, too,” Graham said.

During the chaos of government shutdown, Trump’s nominee to replace Pruitt at EPA faces Senate questioning

As much of the energy in Washington is focused on the fight over the president’s border wall and impact of the partial government shutdown, Trump’s nominee to take over the federal agency charged with protecting human health and the environment faced a crucial Senate hearing.

Andrew Wheeler took over the helm of Environmental Protection Agency in July after Scott Pruitt, the previous administrator, resigned amid increasing ethical questions and controversy. Wheeler has been working as acting administrator for several months. 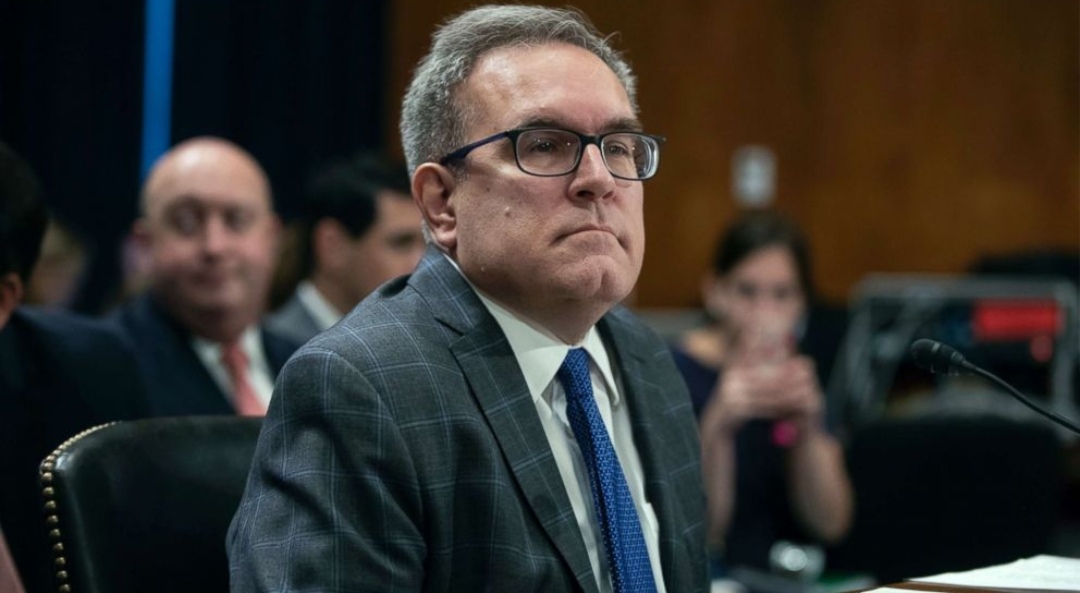 Democrats on the committee, led by Ranking Member Sen. Tom Carper of Delaware, have raised concerns that EPA employees are struggling without pay during the shutdown and that important environmental enforcement is on hold while they’re not at work. Carper has also raised concerns that Republicans are trying to rush the nomination by having the hearing during the shutdown.

IRS declares half of its workers are needed to process 2019 tax returns and refunds; warns of long wait times and limited assistance

The IRS will require some 46,000 employees to work without pay throughout the upcoming tax season to ensure returns are processed and refunds are mailed, the agency announced Tuesday in an updated plan for the government shutdown. That represents almost 60 percent of its 80,000-person workforce.

And while the IRS will be adding staff to answer some questions via telephone “in the coming days,” the agency said, it’s warning Americans to expect “heavier call volume” and “longer wait times.” Walk-in assistance centers also will remain closed, including those offices intended to help people who are victims of identity theft and are required to visit an IRS office to establish their identity.

The exterior of the Internal Revenue Service building in Washington.

What will remain in effect is the requirement that people pay their taxes on time, although the agency said it won’t conduct any audits during the spending lapse.

Working for the Coast Guard was always Albert Waterford Jr.’s dream job. The disabled veteran enlisted for two decades and, after his retirement, went back to work for the service as a civilian. His wife, Kate Wells Waterford, is a small business owner who trains horses. For those in the Coast Guard, the furlough has affected them differently because service members in other branches of the U.S. military fall under the Defense Department, for which funding has been approved.

The Waterfords hoped to receive their normal three paychecks this week: one for Albert’s retirement from the Coast Guard, one for his job as a civilian and an additional check for his disability from the Veterans Affairs. But because of the shutdown, the couple has started a “furlough sale” to supplement lost income — selling saddles, halters, bridles and items on social media.

“I called it a furlough [sale] because it is more of an urgency now,” Kate Waterford said. “It’s really made us re-evaluate our whole lives.”

A federal judge on Tuesday denied requests from unions representing air traffic controllers and other employees required to work through the government shutdown that they either be paid or have the option to skip work while missing paychecks.

U.S. District Judge Richard Leon ruled to keep the status quo, saying that an order allowing employees considered essential to skip work would be “chaotic” in a best-case scenario and “catastrophic” at worst.

Lawyers representing the National Air Traffic Controllers Association had sued the Trump administration to get their controllers, thousands of whom continue to work and just missed a paycheck, be paid while working during the shutdown in order for them to remain “laser-focused” on their job guiding more than 40,000 flights through the nation’s airspace every day.