Latest Articles
Home NEWS Ahead of primetime address, Trump hasn’t earned the benefit of the doubt on immigration 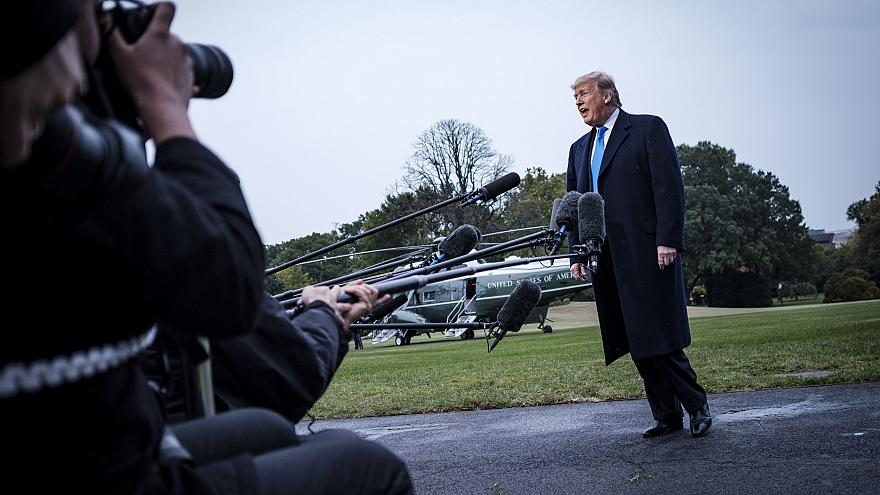 Ahead of primetime address, Trump hasn’t earned the benefit of the doubt on immigration

Tonight, on Day 18 of the government shutdown, President Trump is set to deliver a prime-time address to “address the nation on the humanitarian and national security crisis on our southern border.”

Being president may give you the right to ask networks for time for an Oval Office address. But on immigration — perhaps more than on any other issue — Trump is far from having earned the benefit of the doubt from the American people.

Since the beginning of his campaign, the framework of Trump’s immigration rhetoric has been full of easily fact-checked exaggerations (“It could be 30 million” undocumented immigrants in the United States), plain demagoguery (“They’re bringing drugs. They’re bringing crime. They’re rapists”), conspiracy theories (“Democrats want to invite caravan after caravan of illegal aliens into our country”), unrealistic promises (“Mexico will pay for the wall”), and attention-grabbing ploys (floating an executive order end to birthright citizenship a week before the midterms.)

And most recently, NBC News reports that, during the first half of 2018, U.S. Customs and Border Protection stopped just six immigrants at the southern border whose names were on a terror watch list, contradicting a 4,000 figure that’s been used by the White House as recently as Friday to justify the need for a border wall.

On the one hand, a president who has consistently characterized mainstream media as “fake news” and “the enemy of the people” is now demanding the bully pulpit to push an immigration agenda about which he’s commonly spread misinformation. That’s led critics to slam media outlets for giving him high-profile airtime.

On the other hand, aside from an ongoing shutdown, Trump clearly wants to describe the border situation as a crisis and has laid the foundations for declaring a national emergency. That’s news. (Also, in this era of cord cutting, even if networks didn’t air his address in primetime, does anyone think that the reach of Trump’s remarks would ultimately be dramatically different? To air or not to air seems like sort of an obsolete debate to us.)

Our bottom line: The challenge isn’t whether to cover Trump’s remarks. It’s how to cover it. That’s the test for media organizations, and we think it’s a fair one.

One big question about tonight’s address: Why exactly is the president giving this address now? Immigration was Trump’s signature issue during the campaign, so why not try to make this case in his first year as president? Or at least at the start of the shutdown rather than 18 days into it? No part of this feels well timed, and — more than anything — it seems to be a tell that Republicans are getting squeamish about the political consequences of the current impasse.

Our other question, by the way: If Trump is really prepared to announce an emergency order to build the wall, then why is the government still shut down? If the White House has any hope of selling the border situation as a true crisis requiring an immediate emergency response, don’t they also have to reopen the government immediately? It’s hard to argue that it’s a true emergency but also not serious enough to need a federal government (including the Department of Homeland Security!) that’s operating at full strength.

The White House is describing the “humanitarian crisis” at the border. But how will Trump discuss the human element?

Trump, Vice President Mike Pence and DHS Secretary Kirstjen Nielsen have all emphasized the phrase “humanitarian crisis” to preview a major part of tonight’s pitch, in addition to the “national security” piece. That would be a broader-based appeal than Trump’s usual focus on national security, and it at least nods to the piece of the border debate that Democrats and many independents see as most morally pressing.

But in his tweets and other statements, Trump’s description of the migrants who are victims of that crisis has been almost entirely one-sided. In the last two weeks alone, Trump has mostly described the “drugs and criminals,” “gang members, including MS-13,” “lawlessness,” and “human traffickers” at the border. He’s placed blame for the deaths of migrant children at the feet of Democrats and/or the parents and guardians of those making the journey, and he’s made misleading claims about past administrations’ policies to justify the separation of migrant children from their families.

What he hasn’t done — other than insist on the wall as a deterrent — is sell Americans on a plan to address the root causes behind why many migrants undertake a dangerous and uncertain journey in the first place.

And what about the human element of the shutdown here at home?

Trump’s address comes as the shutdown has dragged into its third week and just days before thousands of federal workers miss their first paycheck. The president hasn’t spent much time acknowledging the hardships faced by those most immediately affected by the shutdown, instead saying that many federal workers support the wall (here’s some evidence to the contrary) and implying that the majority of them are Democrats.

But with more Americans fromfarmers to TSA agents to the Secret Service feeling the pinch, what will Trump say to address those here at home whose everyday lives are caught up in the shutdown mess?

The latest from Carol Lee in Ankara: “Turkish President Recep Tayyip Erdogan did not meet with U.S. national security adviser John Bolton on Tuesday, while telegraphing a widening rift between the NATO allies that leaves the Trump administration’s plans to withdraw troops from Syria in limbo. In a speech to parliament, Erdogan said that Bolton had made a “serious mistake” in calling for a new condition for the U.S. exit from Syria.”

Kamala Harris has a new memoir out today

And finally, Kamala Harris is out with her new memoir titled “The Truths We Hold.”

From the LA Times: “The book, timed for release as rival Democrats are launching their campaigns, aims to introduce Harris as uniquely positioned to fight for civil and economic rights: as a child of immigrants from India and Jamaica who rose to the top of their fields; as a prosecutor who forced law enforcement agencies resistant to change to confront racial bias; and as a political crusader who defied pressure from colleagues and forced more money out of the nation’s most powerful banks to compensate homeowners in the aftermath of the mortgage crisis.”