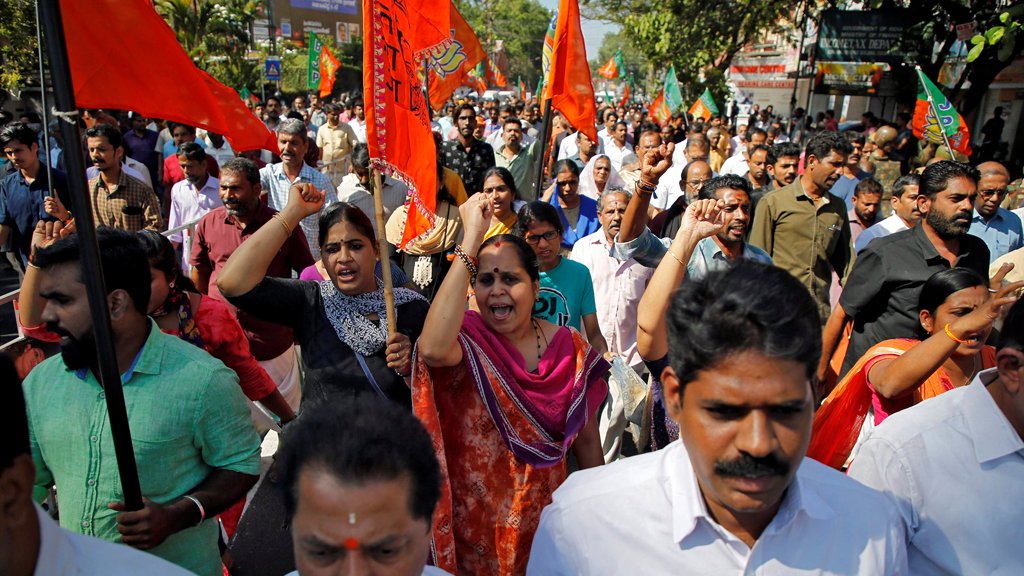 City and state lawmakers have historically led the way on major political reforms, with the federal government following suit. Same-sex marriage was legal in many states before the 2015 Supreme Court ruling that legalized it nationwide. By the time the Trump administration banned the sale of bump stocks late last year, targeting devices which enable regular firearms to operate like machine guns, 10 states had already prohibited them.

Meanwhile, there’s a fight brewing over the minimum wage at the national level as Democrats take control of the House of Representatives this week. Although the federal minimum wage remains at $7.25 an hour, 29 states and Washington, D.C., have adopted a higher rate, according to data from the Economic Policy Institute. New York City will have a minimum wage more than double the federal level starting this year. The move by the country’s largest city could potentially inspire similar increases elsewhere.

Here are some of the most notable local laws beginning in 2019.

In New York City, the minimum wage increased to $15 for all businesses with more than 10 employees. By the end of this year, the change will be implemented citywide, raising the wages for 1.5 million workers, according to the New York City comptroller’s office.

New York City’s wage increase illustrates how far the “Fight for $15” movement has come into the mainstream. Once thought of as a pipe dream initiated by fast food workers in 2012, three states and even more municipalities have now pledged to increase their minimum wage to $15 an hour. The movement has also garnered national support from key lawmakers such as Sen. Bernie Sanders, I-Vt., and presumptive House Speaker Nancy Pelosi, D-Calif.

“I remember just a few years ago, people said this was impossible,” New York Mayor Bill de Blasio said in a video posted to Twitter on Monday. “Today, it’s a reality because of you: the people who stood up.”

Opponents of a wage hike say a $15 minimum wage can pressure small businesses to raise prices or cut staff to offset new cost pressures. In a statement released in 2016 when the minimum wage increase was scheduled, the NYC Hospitality Alliance warned of “potential unintended consequences of this action, such as employee lay-offs and business closures.”

“This legislation creates great uncertainty for many businesses and is an example of aggressive government action making it more difficult than it already is for many of our city’s small businesses to succeed,” the statement read.

Forty other cities and states also raised the minimum wage in the new year, according to data from the National Employment Law Project. In October, Amazon boosted its minimum wage to $15 an hour, benefiting more than 250,000 employees, earning praise from Sanders.

Washington, D.C., will ban plastic straws in restaurants due to environmental concerns, the second major city to do so after Seattle. Similarly, California will only allow plastic straws to be distributed if a customer specifically requests one.

The small size of plastic straws allows them to slip through the cracks of massive recycling conveyor belts and end up in landfills. Several companies, such as Starbucks and Delta Air Lines, have recently pledged to eliminate plastic straws. However, bans have been criticized by disability advocates who say that for some disabled people, plastic straws are the only method of drinking safely.

In New York City, businesses will no longer be able to use Styrofoam packaging, including food containers and packing peanuts. New Yorkers throw away 60 million pounds of Styrofoam each year, de Blasio said in an announcement Tuesday. The city tried to ban Styrofoam in 2015, but a judge overturned the decision after a lawsuit by the lobbying group Restaurant Action Alliance. The organization, which counts Styrofoam container manufacturer Dart as one of its supporters, appealed the ban again last year but it was denied.

Also in the Big Apple, pharmacies will be banned from selling cigarettes and other tobacco products. Massachusetts moved to reduce smoking by raising the age limit to buy cigarettes to 21 years old from 18. E-cigarette use has skyrocketed in the past few years, especially among young people.

Many new regulations focused on gender equality are going to continue “Year of the Woman” momentum from 2018.

In Illinois, all elected offices will have official gender-neutral titles. For example, “chairman” will become “chairperson.”

Building off of the #MeToo movement’s momentum last year, all Virginia legislators and their staff will be required to complete sexual harassment training. Although the bill passed with a bipartisan majority, it was hotly debated among legislators.

In Connecticut, employers will be barred from asking job applicants about their salary history. Advocates argue that the practice perpetuates the gender pay gap, since women on average earn less than their male colleagues.

“No one can tell you who you are, and only you can decide your identity. Now every New Yorker can make their own choice as to how their gender is represented on their birth certificates,” said City Council Speaker Corey Johnson in a statement.

The Online Publishers, your one-shop-stop for digital marketing.