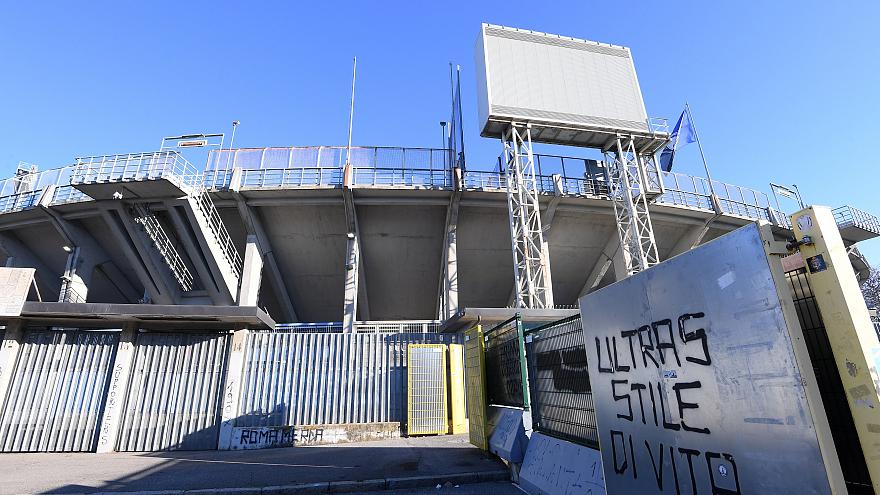 A man died after being hit by a sports utility vehicle (SUV) amid pre-match clashes between football fans in Milan, Italy, on Wednesday evening.

Police said Daniele Belardinelli, 35, was a supporter of Inter Milan.

The SUV was reportedly driven by fans of Inter’s opponents Napoli, an hour ahead of the match between the two teams, police added.

He said two Inter fans had been arrested in relation to the pre-match scuffles, which he called “extremely serious incidents”.

“These incidents suddenly erupted, these (Inter) fans came out and hit the Napoli fans with some bars and clubs,” Cardona said at a press conference.

After being run over, medics admitted Belardinelli to San Carlo hospital with serious injuries and he was operated on overnight. He died on Thursday morning.

Among the others wounded in clashes was a 43-year-old who was stabbed in the stomach.

Cardona added that he has requested a ban on future travel transfers for Inter Milan fans to be put in place until the end of the Serie A championship.

Ancelotti also criticised match officials for not stopping the match.

“(Koulibaly) was insulted for the whole match (with racist boos), we asked the authorities to intervene but only announcements (to the public) were made, they didn’t go for the temporary suspension of the match as we had requested, and that I think was the right thing to do,” Ancelotti said speaking to reporters after the match.

Koulibaly was dismissed in the 81st minute after he was first booked for a foul on Matteo Politano and was then shown a second yellow card for sarcastically applauding the referee’s decision.

Ancelotti said he asked officials three times to stop the game due to the “abuse aimed at Koulibaly.”

He said that the Senegalese player was put on edge by the crowd’s behaviour and that his red card “influenced” the outcome of the match.

The mayor of Milan apologised to Koulibaly over the racist insults aimed at him during the match.

“Those jeers at Koulibaly were a disgrace,” wrote the mayor, Giuseppe Sala, on his Facebook page after Wednesday’s match.

“I apologize to Kalido Koulibaly, on behalf of me and the healthy in Milan who want to testify that you can feel brotherhood despite the difficult times we live in.”

Xi calls for China to ‘stay the course’: No one is in a position to dictate reform to us. >>> chinadailynetwork.com