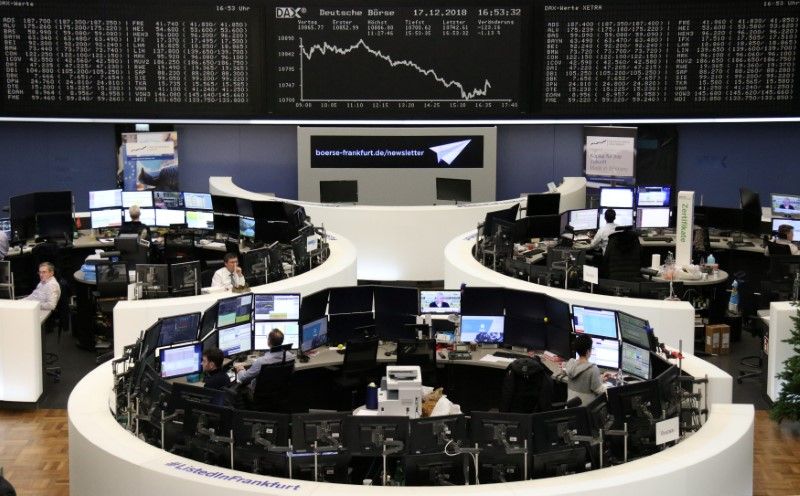 Posted By: Editorial Teamon: December 24, 2018In: BUSINESSNo Comments
Print Email
European shares fell at the start of a holiday-shortened week on Monday as worries over slowing economic growth and tighter monetary conditions continued to weigh.

European shares are down 13.5 percent so far in 2018 and are on track for their worst yearly performance since 2008, having fallen back to their lowest level since 2016 last week following a disappointing rate outlook from the U.S. Federal Reserve.

Also dampening sentiment on Monday were worries over political stability in the Unites States after an aide to President Donald Trump said the partial government shutdown could continue into New Year.

Corporate news was thin but Euronext grabbed the spotlight after the pan-European exchange operator said it aimed to buy the Oslo stock exchange for 625 million euros. Euronext shares fell 0.6 percent.

Advertising companies WPP and Publicis were among the biggest losers, down 2.8 and 2.2 percent.