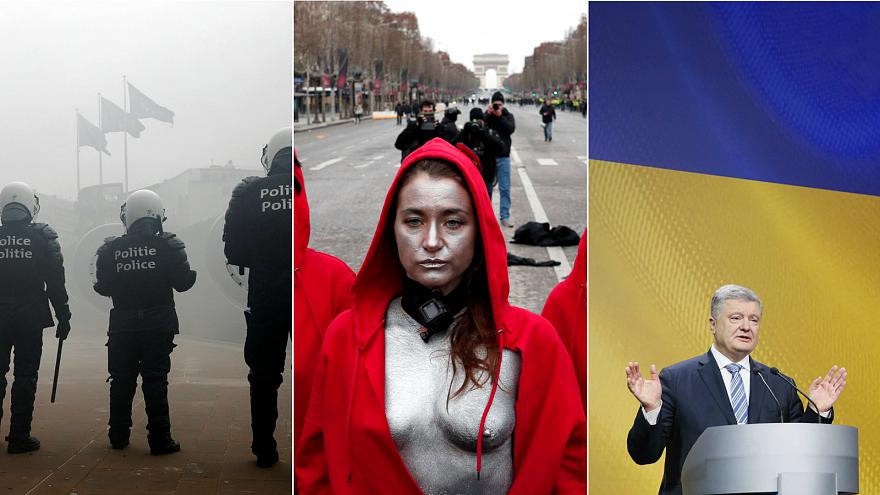 Posted By: Editorial Teamon: December 17, 2018In: NEWSNo Comments
Print Email
Here are the top stories from around Europe you need to know about today:

A close relation of Cherif Chekatt, the suspect in last week’s deadly attack in Strasbourg, was transferred to the Paris Prosecutor’s Office to appear in front of a judge.

A source close to the inquiry told Euronews that he is suspected of having “played a role in the supply of the firearm” used during the attack.

A fifth person died from his wounds over the weekend as a result of Tuesday evening’s shooting in Strasbourg.

2. May: Second Brexit referendum would cause ‘irreparable damage’

British Prime Minister Theresa May is to tell MPs on Monday that a second referendum on the UK’s EU membership would cause “irreparable damage” and “break faith with the British people”.

Calls for a second referendum have been growing as the British leader struggles to gather support for the Withdrawal Agreement she struck in November with EU leaders.

May, who was hoping to gain concessions from Brussels over the Irish backstop arrangement in order to appease her lawmakers was rebuffed by EU leaders last week.

Protesters took to the streets of Brussels on Sunday to rally against a United Nations pact on migration, which is set to be approved later this week.

The Global Compact on Migration was adopted on Monday by 164 UN members and aims to improve the treatment of migrants worldwide.

It comes after Russian Foreign Minister Sergei Lavrov accused Ukraine of preparing “a provocation” near the peninsula before the end of the year.

Last month, Russian Navy ships fired upon and captured three Ukrainian Navy vessels attempting to pass from the Black Sea into the Sea of Azov, through the Kerch Straight.

“When, during the act of aggression in the Kerch Strait, I called him (Putin) to communicate, he refused,” said Poroshenko at a press conference in Kiev on Sunday.

Paris was getting back to what it does so well on Sunday after another Saturday of protests by the Gilets Jaunes, or yellow vests.

Tourists returned and the wooden boards were coming off the windows of the shops. Although the number of demonstrators was down the businesses had taken no chances after the violence of recent weeks.

There were still scuffles with police in the capital and other cities and authorities estimate the protesters numbered around 66,000. That is half the amount of the previous week but still substantial.