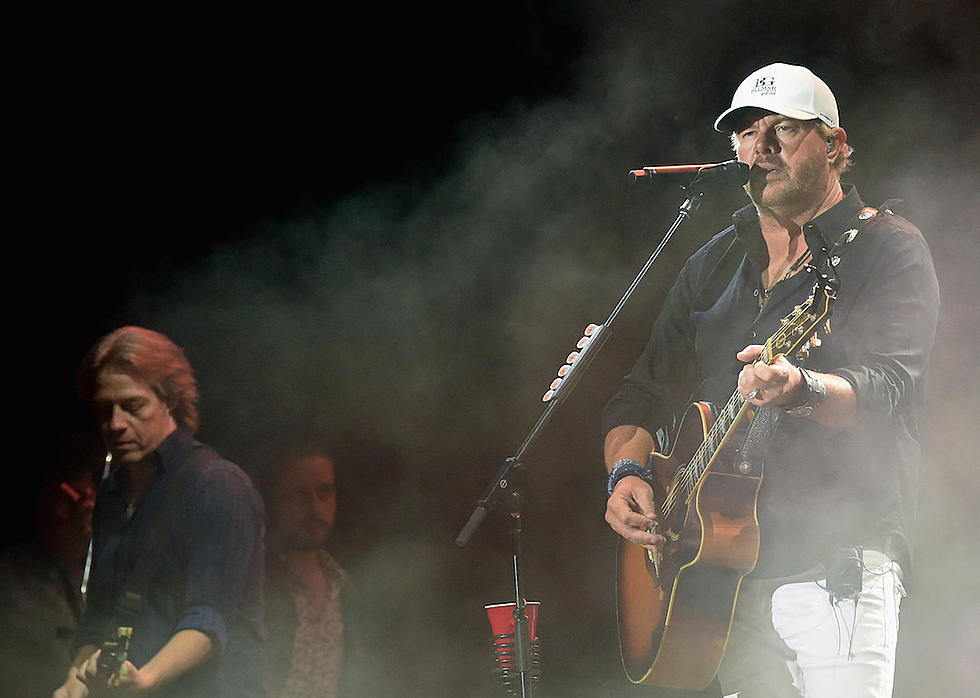 Toby Keith hatches a plan for remaining forever young — in spirit, at least — with “Don’t Let the Old Man In,” a slow-moving acoustic ballad that soundtracks a scene in Clint Eastwood’s new movie, The Mule.

Sung by Keith in an unforced baritone that’s suitably world-weary and weather-beaten, “Don’t Let the Old Man In” arrives as the singer-songwriter is celebrating the 25th anniversary of his first chart-topping hit, “Should’ve Been a Cowboy.” It’s one of the first quarter-century milestones of his acclaimed career, and if the song finds its creator raging against the dying of the light, it also provides proof that he’s nowhere near ready for retirement.

“When he rides up on his horse and you feel that cold bitter wind, look out your window and smile — don’t let the old man in,” Keith sings during the chorus, which borrows its titular hook from a piece of advice gleaned during a round of golf with Mr. Dirty Harry himself. The two shared the same golf cart during a tournament in Carmel, California, one day before Eastwood left town to shoot The Mule. When Keith plied the legendary moviemaker for a few life lessons, he received a one-liner worthy of the western classics that helped Eastwood’s career: “I just don’t let the old man in.”

The video for “Don’t Let the Old Man In” features footage from the movie, which officially comes out December 14th and finds Eastwood playing a senior citizen who falls into a career of drug trafficking.