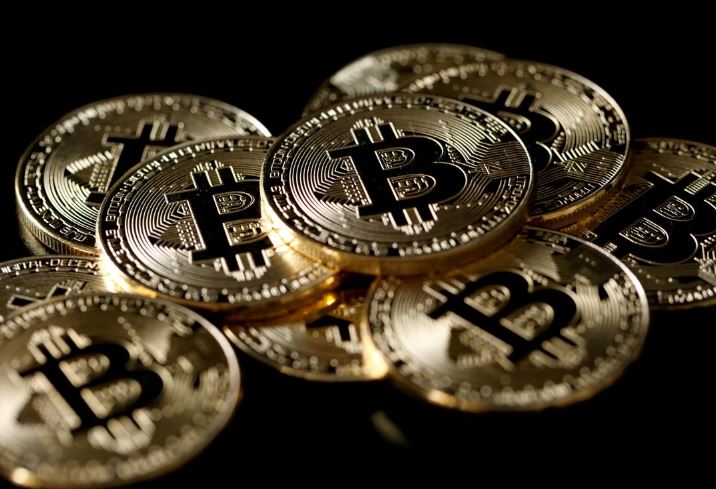 Bitcoin’s value has plunged by three-quarters this year, sending the original and biggest cryptocurrency back to levels not seen before its bubble. And price isn’t the only aspect of trading that has changed.

And while bigger investors from proprietary traders to hedge funds are growing more active, mainstream financial firms have stayed away from cryptocurrencies, even as market infrastructure seen as key to their entry begins to be built.

The shifting shape of digital coin trading, depicted by industry data and interviews with exchanges and companies, suggests bitcoin is struggling to evolve from a speculative asset favored by relatively niche investors to an investment choice in the same league as stocks or bonds.

Such an institutional breakthrough is seen as key to the sector’s future, promising to help fund the development of cryptocurrencies and spread their real-world use for purposes like payments and money transfers.

Monthly cryptocurrency trading volumes at major exchanges reached $235.8 billion in November, a threefold rise from the early stages of the bitcoin bubble in September 2017 but still down nearly half from their peak a year ago, data from industry website CryptoCompare shows.

In the same period, volumes at major retail-focused exchanges such as U.S.-based Coinbase and Poloniex, owned by Goldman Sachs-backed Circle, shrank 22 percent and 74 percent respectively. Japan’s bitFlyer has also suffered, with volumes down 47 percent last month.

As retail punters fade away, volumes have soared at exchanges such as Bitfinex that are favored by bigger investors. That’s down to growing activity by a mixture of cryptocurrency miners and startups with big holdings, plus prop traders, hedge funds and wealthy individuals and families, say industry insiders.

Bitfinex trading volumes climbed 38 percent in November, which the firm attributes to traditional investors with roots in high-frequency trading opening accounts since March.

“You’ve got the larger exchanges picking up the slack and making gains of market share, with retail exchanges stepping back,” said CryptoCompare’s Charlie Hayter.

“That’s the real shift — the (cryptocurrency) mining companies looking to pay their electricity bills using the exchanges that operate with larger players, and newer entrants trying to gain some form of exposure.”

Asked about the figures, Coinbase said trading in the crypto sector was growing. Poloniex said the data reflected moves in the wider market. BitFlyer declined to comment.

CryptoCompare’s data covers most of the biggest exchanges, with the company adding new exchanges to its database when their volumes hit significant levels.

Bitcoin BTC=BTSP was trading on Friday at 15-month lows around $3,400.

Cryptocurrency markets are hard to accurately gauge, given the lack of centralized data and opacity of major venues such as over-the-counter trading, said to account for up to 50 percent of the overall market.

Likewise, there are few ways to accurately break down the profile of investors in the crypto market.

But exchanges and industry figures interviewed by Reuters said institutional investors such as asset managers, pension funds and investment banks remain largely absent from bitcoin trading, even as the shape of the market changes.

Most worry about the lack of clarity over regulation, as well as frequent security breaches at exchanges and the perceived absence of fundamental value of the assets.

That reluctance has remained even as strides are made in how to securely trade and store cryptocurrencies, notably by Fidelity Investments, and as a number of small jurisdictions like Gibraltar and Malta look to license crypto companies.

Clearer regulation will lend a stamp of legitimacy to cryptocurrency companies and weed out sub-standard players, say analysts, and may ease institutional investors’ worries about compliance.

“Some individuals at banks and financial firms want to step in, but can’t decide how to explain it to senior management,” said Eric Wilgenhof Plante, chief compliance officer at BeQuant, an exchange that serves around 600 mostly non-retail clients.

One big hurdle is the lack of examples of blockchain, which underpins bitcoin and other cryptocurrencies, living up to its billing as a technology that could revolutionize sectors from finance to real estate.

Circle’s Chief Marketing Officer Marieke Flament said the focus on bitcoin often obscures advances being made in other areas of cryptocurrencies. She cited the startup’s own “stablecoin” digital currency, which is pegged one-to-one with the dollar and could appeal to institutional investors.

“There is still a lot of focus on bitcoin,” said Flament. “That is really missing the depth of the stuff that’s happening.”

But despite the work by startups and major firms, developers and exchanges, top-tier mainstream investors have stayed away.

“You have seen some landmark decisions by Fidelity to actively engage in the cryptocurrency space,” said Danny Masters, chairman of digital asset manager CoinShares.

“But nothing is actually active.”

Leaders Party Vanuatu says thank you to the Prime Minister